Deputy Speaker Rufus Rodriguez has called on the National Bureau of Investigation (NBI) and the Commission on Human Rights (CHR) to conduct separate probes into the new wave of red-taggings and profiling of citizens following the rise of community pantries in Cagayan de Oro this week.

The Cagayan de Oro 2nd District representative said on Friday, April 23, that he will file a proposed House resolution to direct the NBI and CHR to immediately look into the red-tagging and profiling of citizens behind Cagayan de Oro’s community pantries.

One closed on its third day of operations in Barangay Kauswagan after a still unidentified group circulated leaflets and posters that linked its organizers to communist rebels.

A restaurateur also claimed she was profiled by men who introduced themselves as police intelligence group agents, right after she opened a halal community pantry near a mosque along Aguinaldo Street.

Rodriguez said the NBI and CHR can start the investigations by examining a photograph that shows a group of men allegedly profiling the halal pantry organizer, Norkhalila Mae Mambuay-Campong, outside her Babu Kwan restaurant in Barangay 32. He said the men in that photo should be identified and investigated.

Rodriguez said the red-tagging in Cagayan de Oro appeared like “systematic harassments” that made citizens fear for their lives.

“I strongly condemn the profiling and red tagging (of) those who are providing the community pantries in the country, and in Cagayan de Oro as well,” said Rodriguez.

Cagayan de Oro Mayor Oscar Moreno also condemned the red-tagging but rejected calls for city hall to protect organizers of community pantries, saying that much of the red-tagging was being done by “trolls” on social media.

The red-tagging and profiling of the popular community pantries had triggered threats from the Senate and the House to defund the National Task Force to End Local Communist Armed Conflict (NTF-ELCAC), which has red-tagged community pantry organizers, particularly Maginhawa Community Pantry organizer Ana Patricia Non. 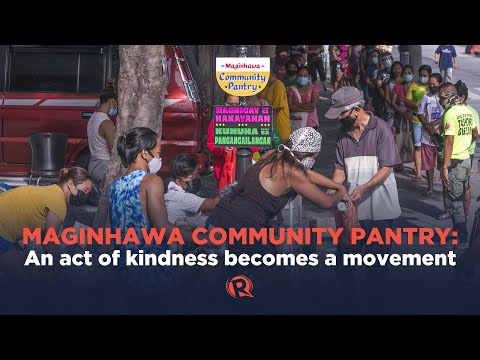 The Makabayan bloc in the House of Representatives earlier called for a probe into government agencies and officials accused of harassing and red-tagging organizers of community pantries.

The National Privacy Commission (NPC) had also strongly condemned what it called the “unjust profiling” of community pantry organizers, and said this risked violating citizens’ right to privacy. – Rappler.com