Senator Richard Gordon called for a Senate investigation into the crash of a newly-acquired Black Hawk helicopter that killed 6 individuals in Tarlac on June 23.

Gordon, chairman of the Senate blue ribbon committee, said there was a need for proper training for all military aircraft personnel to avoid such accidents again.

“It would be best to give the right support to our men in uniform… To have lost 6 souls during a training exercise is unfortunate.  And to not have retrieved their bodies until more than ten hours after is heartbreaking,” Gordon said in a statement.

The chopper missed its estimated time of arrival in Clark Air Base, which prompted the air force to conduct search and rescue operations, according to the PAF. No survivors were found, said the air force.

Meanwhile, Gordon added that the government should keep an eye on other newly-acquired helicopters. 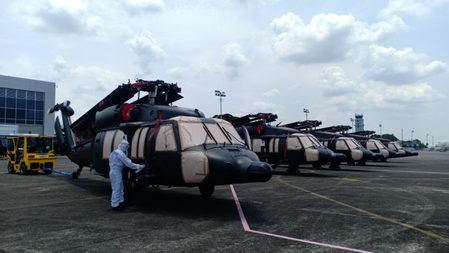 “It is possible that these brand-new helicopters that we acquired could be faulty. They could pose a danger to our men in the air as well as to our citizens on the ground,” Gordon added.

The Black Hawk helicopters are important air assets of the of the Armed Forces of the Philippines because they are multi-mission workhorses which are used for border patrol, search and rescue operations, and cargo lifts.

The PAF said all its Black Hawk helicopters are grounded during the investigation. – Rappler.com