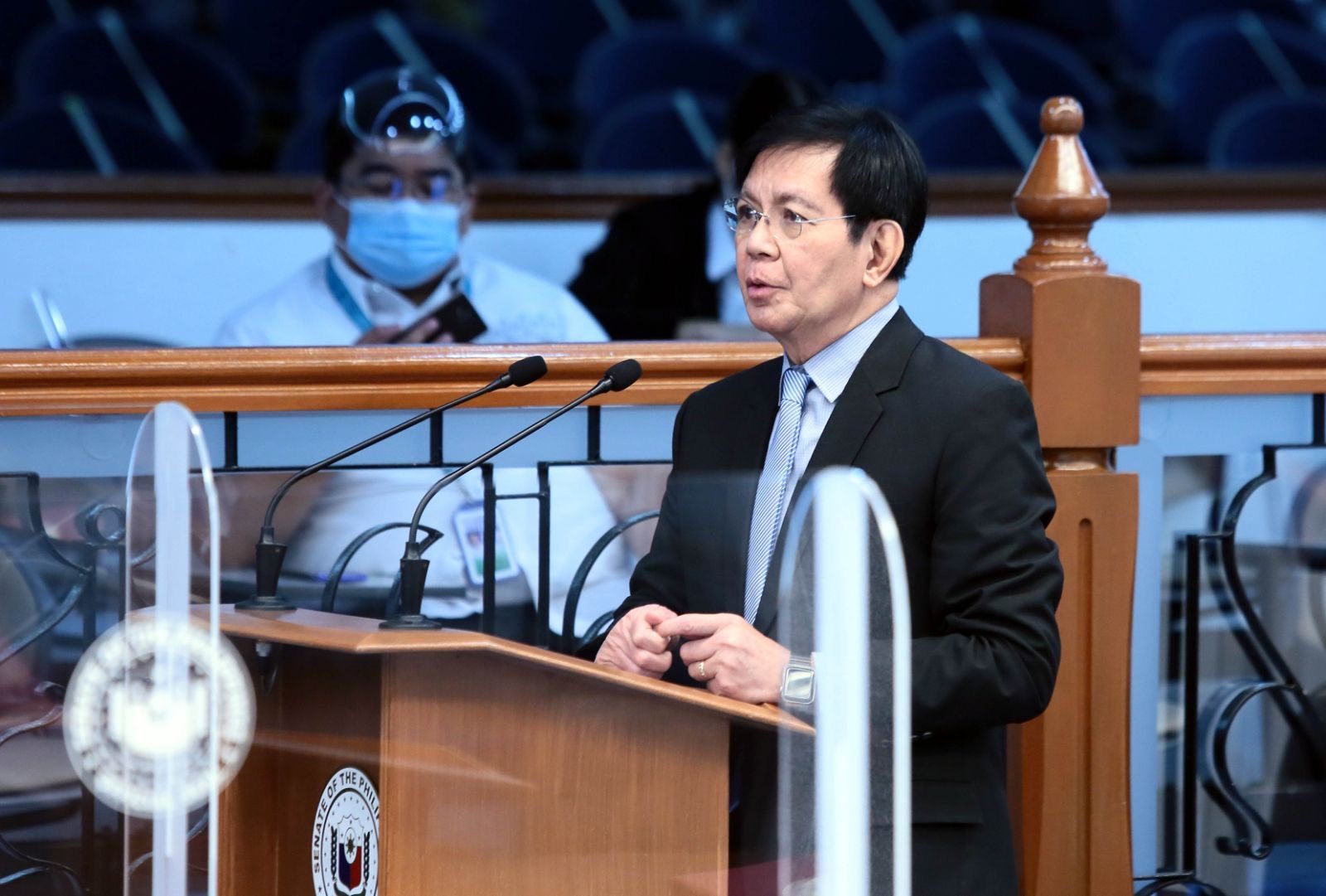 Several senators on Thursday, January 7, questioned the timing of reviving charter change (Cha-Cha) talks in Congress, with one of them likening it to getting trapped in “quicksand” if the discussions take place without certainty on how each chamber would vote in a Constituent Assembly (Con-Ass).

“Without the certainty that both chambers of Congress will be voting separately, and there is none due to the vagueness of that particular provision in the 1987 Constitution – and only the Supreme Court can make such interpretation – it’s like taking one big step into a mousetrap, or even quicksand for that matter,” Senator Panfilo Lacson said in a statement.

Lacson said all senators “should discuss this matter very carefully” before they even consider plenary debates on Resolution of Both Houses (RBH) No. 2 filed by Senators Ronald dela Rosa and Francis Tolentino.

Senate Minority Leader Franklin Drilon said in a separate statement that Congress should focus instead on more pressing measures to help the people, and the country, cope with the ongoing pandemic, instead of Cha-Cha talks which he believed would be a “total waste of time.”

“It will reach a dead end in the Senate. It will be an exercise in futility,” he said.

“It will be a total waste of time. It won’t fly. Our history tells us that Cha-Cha has a zero chance of success in any administration that is already in the homestretch,” he added.

Cha-Cha talks amid pandemic a ‘sin’

Drilon questioned efforts to revive talks on constitutional amendments even as the country continues to deal with a raging pandemic, among other problems.

“It is a sin to be even talking about changing the Constitution when there is still no end in sight to the pandemic, when the government is struggling to secure funding for COVID-19 vaccines, and when the country is still reeling from the continuing impact of the pandemic and the recent typhoons,” he said.

Drilon said he would oppose moves to amend the Constitution, along with others in the minority – Senators Risa Hontiveros, Francis Pangilinan, and Leila de Lima.

He said rather than charter change, Congress can boost the economy just by amending and updating some economic laws, such as the 83-year-old Public Service Law and the Retail Trade Liberalization Act of 2000.

Drilon had filed bills seeking to amend both laws, which he said hamper foreign investments in the country.

Pangilinan, for his part, echoed the propriety of holding Cha-Cha talks as the country faced its worst economic and health crisis. He said this would have to be discussed in an all-senators caucus, along with the question on Congress voting jointly or separately in proposing charter amendments.

No need to amend Constitution to boost economy

In a statement on Friday, De Lima questioned the motive behind the revival of Cha-Cha talks, and said there are other less costly ways to boost the economy and investor confidence without tinkering with the Constitution.

(What investors need is simple. Eliminate corruption. Stop human rights violations. Fix governance. That’s the job of the President and his administration. Why should we be the ones to adjust? Why should we foot the bill? Why should they sell the nation because of their negeligence?)

In the 17th Congress, senators were united in opposing joint voting on constitutional amendments as the Senate’s voice would be practically drowned out by the nearly 300-member House of Representatives in a Con-Ass. (READ: The problem with Con-Ass? Distrust of Congress)

Several senators said in July 2020 that Cha-Cha talks would be “divisive” and would not help the country deal with the pandemic, contrary its proponents’ claims. (READ: ‘Dead before it starts’: Senators oppose charter change) – Rappler.com