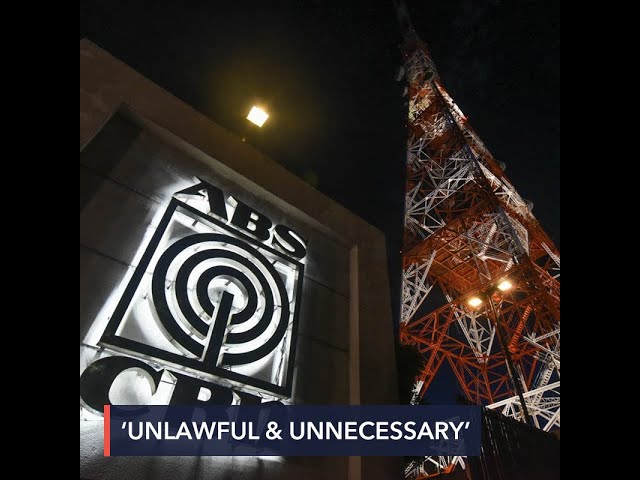 “I don’t think they can confiscate the properties of ABS-CBN without due process of law,” Gordon said in a separate virtual briefing on Wednesday, July 22.

“I think they are out of line there and, besides, I think there are better things to do,” Gordon added, referring to the congressmen planning sanctions on ABS-CBN.

Marcoleta claimed the Lopez family did not own the property.

Marcoleta, Remulla, and Defensor were among members of the House of Representatives who voted to deny the media network a broadcasting franchise despite not having proven it violated any law to justify its shutdown.

Frequency no use without ABS-CBN equipment?

The government only has rights to the broadcast frequency ABS-CBN had been using, not to its equipment, Gatchalian pointed out.

(Let’s separate the assets and frequency. The frequency reverted to the government, but you can’t use the frequency if you don’t have the equipment, which are the assets invested by the ABS-CBN Corporation.)

“The frequency is very specific to the equipment. You can’t just buy a transmitter and think you can already use that frequency,” Gatchalian added. The only quick way to use the frequency ABS-CBN vacated is with ABS-CBN’s equipment.

“So legally and technically, it will be impossible to use that frequency,” he said.

President Rodrigo Duterte has spoken openly of his vendetta against the network, despite denials by his office and spokesperson that he was behind the move to take it off the air. A full recording of his recent speech in Jolo, Sulu, contained mentions of ABS-CBN as a target of his supposed crusade against oligarchs. Malacañang edited those mentions out of the aired version of Duterte’s speech.

On Monday, July 20, Presidential Spokesperson Harry Roque said the Palace had “no stand” on the congressmen’s proposed sanctions.

Bleeding millions of pesos every day it stays off the air, ABS-CBN has begun laying off employees and scaling down operations, leaving some parts of the country without access to news and information.

ABS-CBN is the Philippines’ largest media network. There are areas only the network’s broadcast could reach.

“And they better be careful about it because what goes around, comes around,” he added as a warning to the congressmen.

For Gatchalian, it’s useless to talk about seizing ABS-CBN’s tower, studios, and offices.

“They can talk, they can appeal, but it has to be within a legal framework…. I don’t see a possibility. You can discuss all you want but if legally it’s not possible, nothing will happen,” he added. – Rappler.com