RECOVERED. The skeletal remains retrieved inside the DOJ compound on November 24.

MANILA, Philippines – The Department of Justice said on Friday, November 25, that the skeletal remains found at the DOJ compound could belong to three to five people.

DOJ spokesperson Assistant Secretary Mico Clavano gave the estimate in a media interview, when asked if authorities have determined the number of people that the discovered bones belonged to.

“So they were digging up para sa foundation. Near the surface may nahukay na mga bone or buto, skeleton. And ‘yung remains mga three to five estimate, ‘no? Three to five sets of skeleton were found barely on the surface,” Clavano said in response to questions. 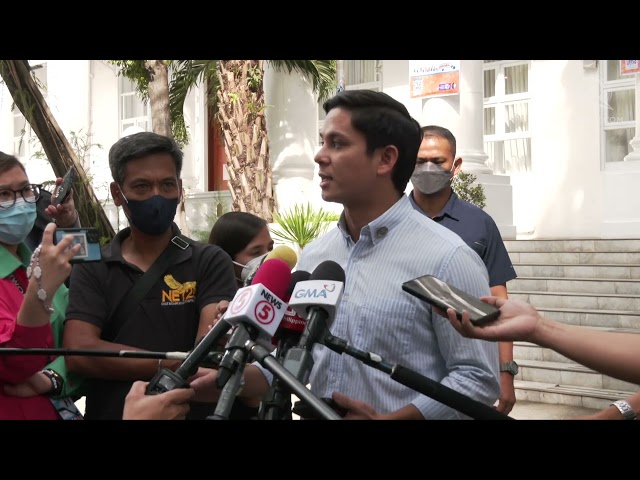 (So they were digging up for the foundation. Near the surface, they recovered bones and skeleton. The estimate for the remains is three to five. Three to five sets of skeleton were found barely on the surface.)

On Thursday, authorities recovered remains while excavating at the DOJ compound for the building of the DOJ library. Engineers from the public works department told the DOJ about the discovery, Clavano said.

The National Bureau of Investigation (NBI) was tapped to examine the remains.

Clavano added that forensic expert Dr. Raquel Fortun gave them some advice in handling the remains.

“She advised us, the next time na makuha natin ‘yong gano’ng klaseng skeleton or remains not to touch it. So hindi po natin alam ‘yon that’s why tinurn-over kaagad namin sa NBI,” the DOJ spokesperson said.

(She advised us that next time we retrieve those types of skeleton or remains, we should not touch it. So we didn’t know that so we turned them over immediately to the NBI.)

On Friday, DOJ officials led by Secretary Jesus Crispin “Boying” Remulla will meet with Fortun to discuss the remains. An anthropologist will also join them, according to Clavano.

Remulla and the experts will also visit the excavation site where the remains were retrieved. Fortun on Thursday also shared in a tweet that authorities should seek guidance from anthropology and archaeology experts.

Meanwhile, Clavano said they are also waiting for the NBI’s report that will be released either on Friday or early next week. He added that the construction in the site intended for the DOJ library will not be affected by the discovery of the remains. – Rappler.com