THE SPEAKER. Speaker Lord Allan Velasco presides over the session at the House of Representatives on October 13, 2020. 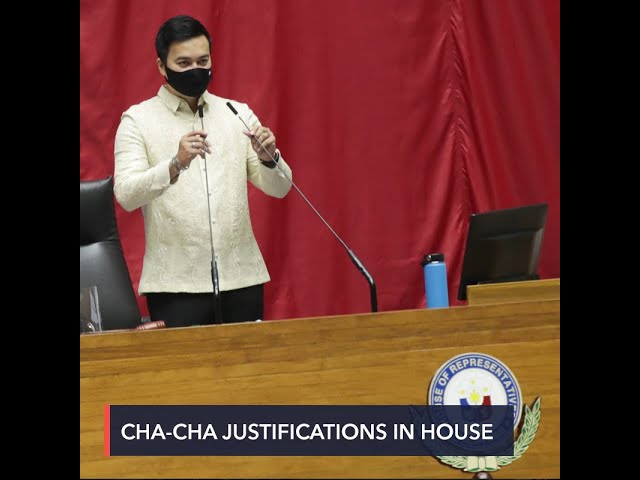 Speaker Lord Allan Velasco insisted that the House wants to amend the Constitution this time to address the coronavirus pandemic, the latest twist in efforts to change the 34-year-old charter during President Rodrigo Duterte’s term.

In a statement on Sunday, January 10, the Speaker defended the lower chamber’s renewed push for charter change to amend the “restrictive” economic provisions in the 1987 Constitution.

“Foreign investment plays a crucial role in the Philippine economy by supporting domestic jobs and the creation of physical and knowledge capital across a range of industries. The need to attract foreign capital is critical to support our economy’s recovery from COVID-19,” Velasco said.

The House committee on constitutional amendments is set to reopen its charter change hearings on Wednesday, January 13, with both its chair Ako Bicol Representative Alfredo Garbin Jr and Velasco himself saying lawmakers would only focus on changing economic provisions.

But Duterte himself wants the Constitution amended not with COVID-19 in mind, but to intensify his crackdown on leftist party-list groups he has long accused of acting as fronts for communist rebels.

While lawmakers may claim they would only tackle the economic provisions, they have the power to propose changes to any parts of the Constitution once charter change efforts are in full swing in Congress. The House committee on constitutional amendments will be using Resolution of Both Houses (RBH) No. 2  – which Velasco filed in July 2019 – as the mother measure for the deliberations.

RBH 2 proposes to add the phrase “unless otherwise provided by law” on the constitutional restrictions that limits the participation of foreign investors in the governing body of entities based on their proportionate share in the capital.

The same phrase would be added in provisions requiring that only Filipino citizens can control and own educational institutions and mass media companies.

RBH 2 would also add the same phrase on the current restrictions on private corporations holding lands of public domain.

The addition of the phrase “unless otherwise provided by law” ultimately means Congress would have the power to pass laws easing foreign investments in the Philippines.

RBH 2 would call both the House and the Senate to convene into a Constituent Assembly, one of the 3 allowed modes to change the Constitution, to amend these economic provisions.

But this is not the first time the House under the Duterte presidency attempted to either amend the Constitution or pass a bill that would lift restrictions on foreign ownership. 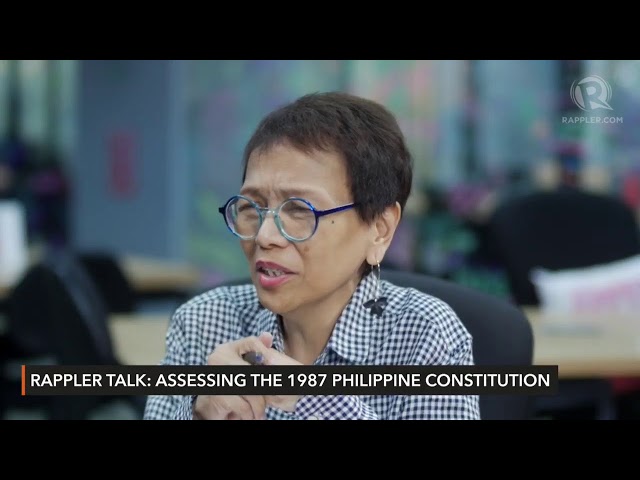 In March 2020, months before Velasco took over as Speaker, the House approved a bill that would distinguish between how a public service and a public utility is defined under the Public Service Act, in effect allowing foreigners to fully own public utilities in the Philippines.

But the bill remains pending in the Senate.

In December 2019, the House constitutional amendments panel also controversially approved a charter change resolution behind closed doors. They sought to lift the constitutional restrictions on foreign investments as well as extend the terms of House members and local officials to 5 years.

But this resolution was later recalled following public backlash over the discreet proceedings. The committee once again pursued charter change in January 2020, but the hearings were temporarily stopped when the COVID-19 pandemic.

In the previous 17th Congress, the House under then-Speaker Gloria Macapagal Arroyo approved on 3rd reading RBH No. 15 that would have shifted the Philippines to a federal system of government. RBH 15, however, was “dead on arrival” in the Senate. – Rappler.com