What you need to know: Marcos at the ASEAN-EU Summit in Belgium 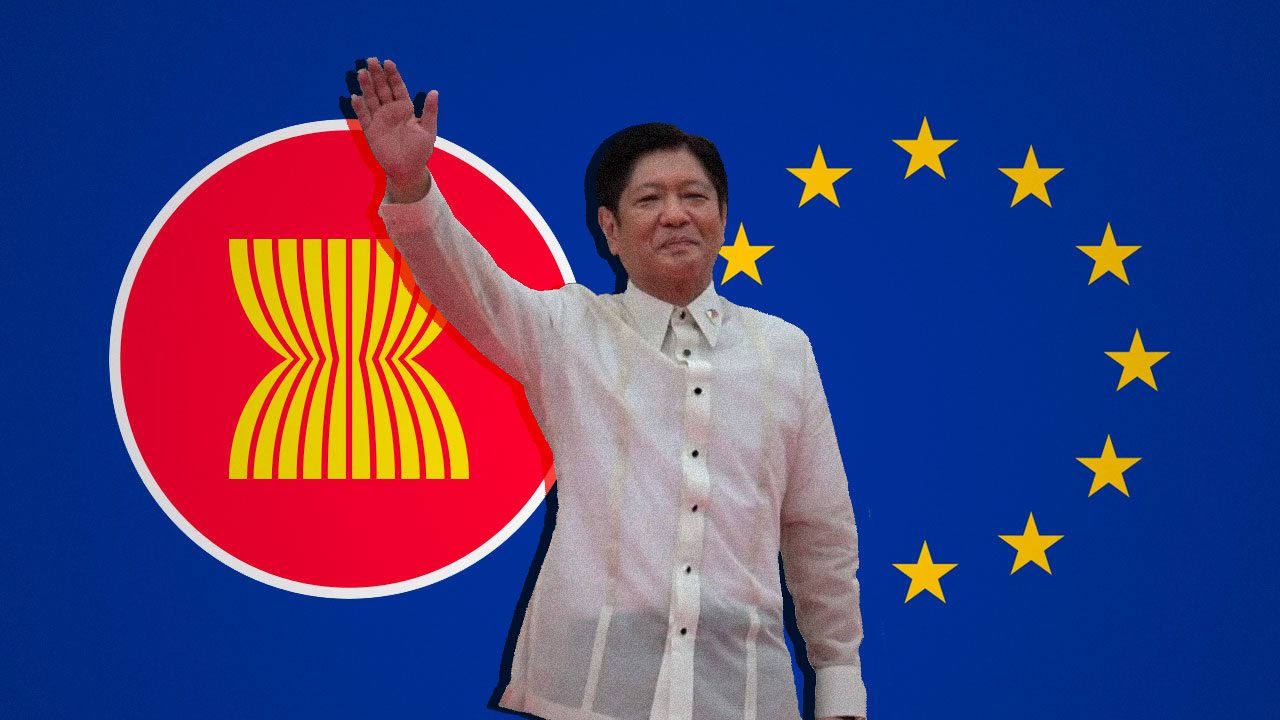 MANILA, Philippines – President Ferdinand Marcos Jr. flies to Brussels in Belgium to participate in the ASEAN-EU Commemorative Summit and other related events from December 11 to 15, 2022. This is Marcos’ sixth time to travel outside the country, and his fifth in an official capacity.

The Brussels meet will be the first time for members of the two powerful blocs – the European Union (EU) and the Association of Southeast Asian Nations (ASEAN) – meet. The event coincides with the 45th anniversary of diplomatic relations between ASEAN and EU. Prior to the summit, the ASEAN-EU Business Council will also convene.

Why is Marcos flying to Belgium?

The summit will be a historic one. It will be the first time for members of the blocs – all 20 members of the EU and the 10 members of the ASEAN – to gather and speak on their country’s positions and concerns. On the sidelines of the summit, Marcos will also deliver the closing keynote at the 10th ASEAN-EU Business Council.

Like in previous officials visits abroad, he will be meeting with business executives, as well as hold bilateral meetings with his counterparts from several European countries and the European Union (EU).

And just like his previous state visits to Indonesia and Singapore and his official visits to the United States, Cambodia, and Thailand, Marcos will be meeting the Filipino community in Belgium.

The Philippines is also the designated country coordinator of ASEAN in its relationship with the EU – a role it will keep for two more years. “We were instrumental in cooperation with the EU and other members of ASEAN in preparing for this summit,” said Department of Foreign Affairs (DFA) Undersecretary Daniel Espiritu.

What will be discussed during the summits?

Like previous summits and meetings – most recently the ASEAN summit in Phnom Penh and the Asia-Pacific Economic Cooperation (APEC) in Bangkok – talk of the economy and of security issues affecting the regions and the rest of the world will be top of mind.

In ASEAN, for instance, economic recovery following COVID-19 lockdowns and the situation in Myanmar were among the top issues heads of state spoke about. In Bangkok, economic leaders talked about economic recovery, as well as regional issues including Russia’s war on Ukraine and China’s movements in the Taiwan Strait. China, represented by President Xi Jinping at APEC, warned against the region turning into “an arena for big power contest.”

According to the European Council, the EU and its members will reaffirm their “commitment to the EU-ASEAN strategic partnership.”

Aaron Rabena, a research fellow at the think tank Asia-Pacific Pathways to Progress, told Rappler years of economic shutdowns because of COVID-19, and hitches in the global supply chain because of COVID-19 and the war in Ukraine, have forced countries and blocs to look beyond the usual allies – superpowers like China and the US – in ensuring economic growth. ASEAN is among the blocs countries are turning to – and the bloc wants to make the most out of that opportunity as well.

What will Marcos focus on during the visit?

According to the Marcos and the DFA, trade, food and health security, maritime security, and climate action are going to be the key concerns the Philippines will raise in Brussels. The President and his delegation will be holding a roundtable with Europe-based corporations, including multinational consumer goods company Unilever, a ship building and logistics company, a renewable energy company, and an international logistics hub management company.

Bilateral meetings are set with the following countries and blocs:

Who is flying to Brussels with Marcos?

Marcos will also be joined by his wife, First Lady Liza Araneta-Marcos. – Rappler.com