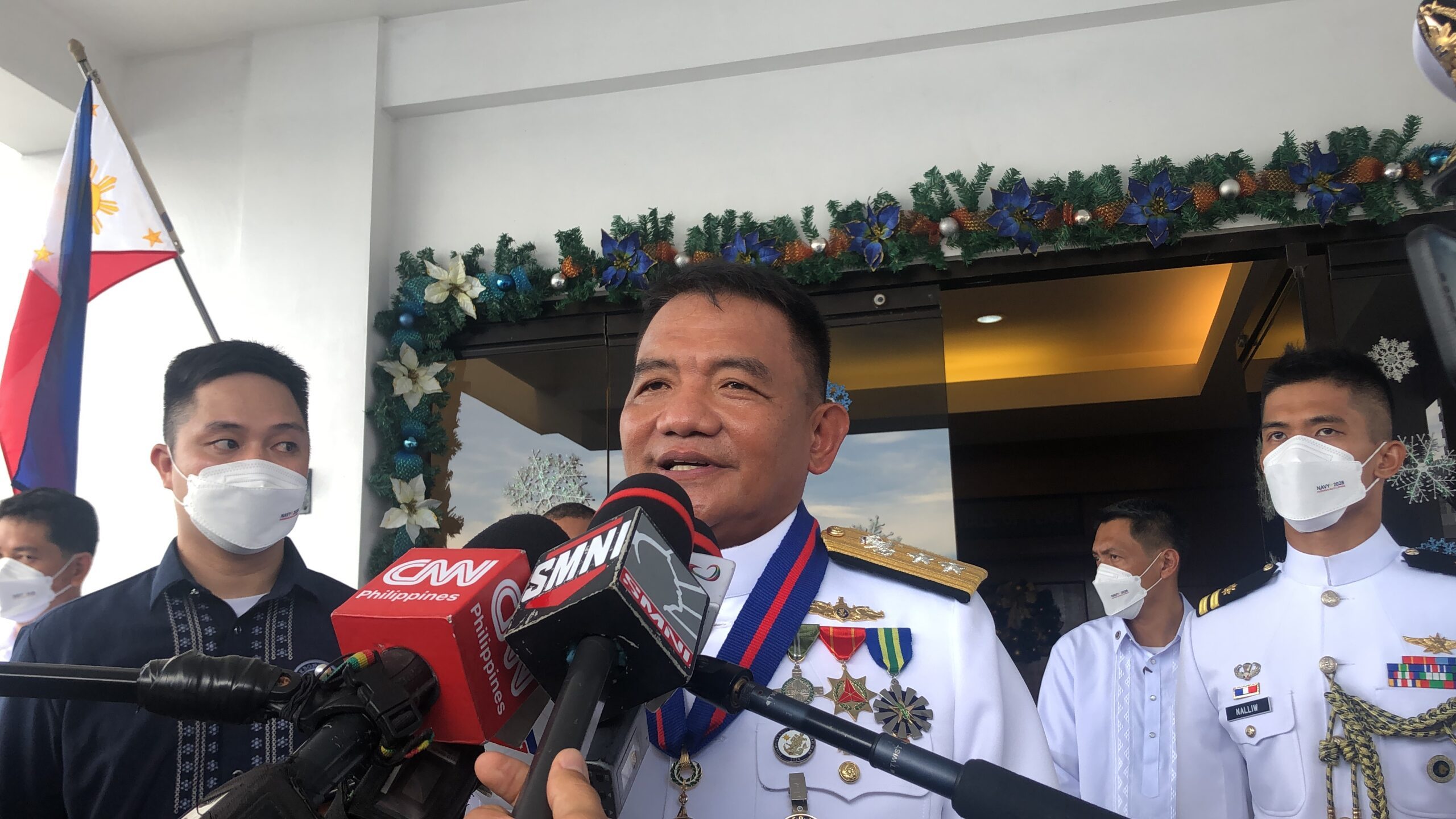 MANILA, Philippines – Rear Admiral Toribio Adaci Jr. took the helm as the Philippine Navy’s new Flag Officer in Command on Thursday, November 24, making him the first navy chief who will serve a fixed three-year term until 2025.

Adaci, who was commander of naval forces in Western Mindanao, replaced Rear Admiral Cesar Bernard Valencia who held the post in an acting capacity since September.

Adaci’s three-year stint followed the passage of Republic Act 11709, a Duterte-era law which prescribed a fixed tour of duty for key officers.

In an interview with reporters after a change of command ceremony on Thursday, Adaci said he planned to prioritize the continuity of the Navy’s modernization efforts, develop specialized fields among its personnel, and further develop the country’s naval bases.

“In international defense and security engagement, we continue to be partners with allies with like-minded nations,” he said.

Adaci is a member of the Philippine Military Academy Class of 1989.

Prior to becoming Navy chief, other posts Adaci held include that of commander of the Naval Installation Command, commander of the fleet marine ready force, as well as the Navy’ national maneuver force. He is also a lawyer. – Rappler.com