DISASTER. Residents of Barangay San Jose, Rodriguez, Rizal, walk through a muddy road on November 13, 2020, a day after the onslaught of Typhoon Ulysses (Vamco).

Facebook Twitter Copy URL
Copied
At least 21 others are injured while 12 are missing, says the National Disaster Risk Reduction and Management Council

The death toll due to Typhoon Ulysses (Vamco) in the Philippines rose to 67 as of Sunday morning, November 15, said the National Disaster Risk Reduction and Management Council (NDRRMC).

The NDRRMC said at least 21 others were injured while 12 were missing.

Deaths due to Ulysses were recorded in the following areas:

Injuries due to Ulysses were reported from the following:

Of the persons missing due to Ulysses, 8 are from Bicol, 3 from Metro Manila, and one from Calabarzon.

The NDRRMC estimated the damage to agriculture at P1.19 billion ($24.69 million) and damage to infrastructure at P469.7 million ($9.74 million), while at least 25,852 homes were damaged. These figures are expected to rise as regions assess the extent of the damage wrought by Ulysses. 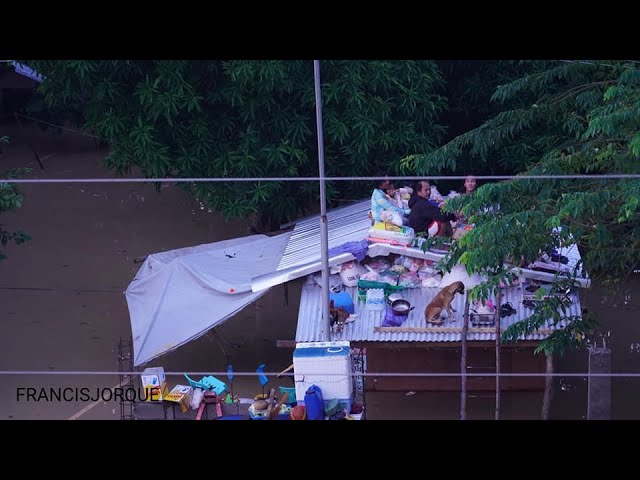 The deaths came despite the Philippine national government insisting it was not “caught flat-footed” even as stories on the ground reported that people were not warned enough about the strength of the wind and the volume of the downpour brought by Ulysses.

Ulysses battered the Philippines while it was still reeling from Super Typhoon Rolly (Goni), the world’s strongest tropical cyclone in 2020, which left at least 25 dead in early November. – Rappler.com