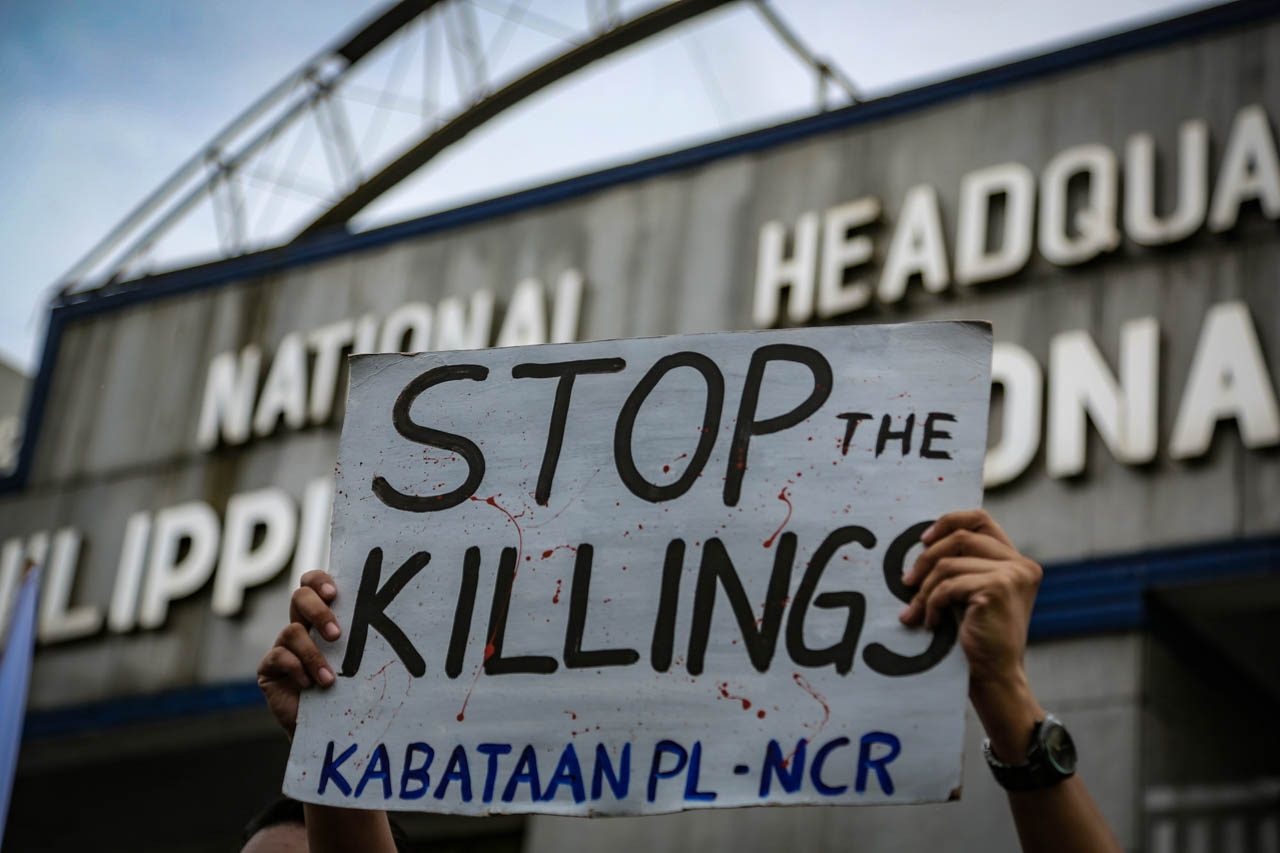 Facebook Twitter Copy URL
Copied
(UPDATED) The resolution falls short of launching an independent investigation, which many human rights groups have been lobbying for amid continuous killings in the country

The resolution was proposed before the council by the Philippines, India, and Nepal, and UNHRC non-members Hungary, Iceland, Norway, Thailand, and Turkey.

The resolution requests the office of UN rights chief Michelle Bachelet to provide support to the Philippine government in its “continued fulfillment of its international human rights obligations and commitments.”

It also urges UN bodies and stakeholders to “encourage and support technical cooperation” between the Philippine government and Bachelet, adding that it is the response to the “government’s requests for technical assistance and capacity-building.”

The assistance and capacity-building, according to the resolution, will focus on:

The resolution comes more than a year since the UNHRC adopted a resolution against extrajudicial killings in the Philippines. The resolution was met with condemnation from the Duterte government.

In its latest resolution, the UNHRC underlines the importance for the Duterte government to ensure accountability for the violations and abuses, to conduct “independent, full, and transparent” investigations, and to prosecute those responsible for the human rights abuses in the Philippines.

It also condemns all “acts of intimidation and reprisal, both online and offline, by state and non-state actors” against human rights groups and other critics.

But the council falls short of launching an independent investigation, which many human rights groups have been lobbying for amid continuous killings in the country. (READ: More killings feared if UN Human Rights Council fails to act vs impunity in PH)

Figures from the Philippine National Police show that there have been 7,884 deaths during police operations from July 1, 2016 to August 31, 2020 – a figure that does not reflect the victims of vigilante-style killings. Groups estimate the total number of fatalities in the drug war to have reached more than 27,000 already. (READ: The Impunity Series)

The situation on the ground was reflected in the report released by Bachelet in June 2020, which pointed out that local systems have so far failed to exact accountability for the killings.

Bachelet also said that the drug war is being carried out “without due regard for the rule of law, due process, and human rights.”

In its latest resolution, the UNHRC “encourages” the Philippines to “address the issues raised in the report and other remaining challenges in relation to the situation of human rights.” The council requested Bachelet and her office to provide an update on the implementation of the latest resolution during its 48th Session in late 2021, and to submit a report by the 51st Session, estimated to be held in the latter part of 2022.

Karapatan secretary-general Cristina Palabay, in a briefing last September 30, said it is important for the Philippine government to invite and allow Bachelet and other UN rights experts to visit the country to conduct assessment.

The Duterte government has refused to invite independent bodies to investigate the situation in the country.

The President himself has made excessive tirades and threats against UN bodies, officials, and experts over their criticism of abuses in the country. – Rappler.com