The Commission on Elections (Comelec) organized two debates, ahead of the May 9 polls, to help the public scrutinize candidates running for the vice presidency.

Both taking place at Sofitel Philippine Plaza, the first vice-presidential debate is scheduled on March 20, while the other is set to be held on April 23. Seven out of nine vice-presidential bets have confirmed their attendance as of March 13.

Who deserves to be the country’s vice president?

Senator Francis “Kiko” Pangilinan came prepared to the Commission on Elections’ PiliPinas Vice Presidential Debate on Sunday, March 20, with notes on years of experience as a Philippine senator and receipts of the successes of the vice presidency of his standard-bearer, Vice President Leni Robredo.

Like his performance in the CNN Philippines debate on February 26, Pangilinan stayed on-brand and consistent as he occasionally circled back to his top advocacy: agriculture and the rights of farmers and fisherfolk. In the first vice presidential debate organized by the Commission on Elections (Comelec), vice presidential bet Walden Bello decided to confront the poll body over what he called “weak” penalties against debate skippers.

Still talking about rising fuel prices, VP bet Kiko Pangilinan calls for the immediate release of the P500-million fuel subsidy for farmers and fisherfolk. He says the govt must buy produce directly from local farmer and fisherfolk enterprises. 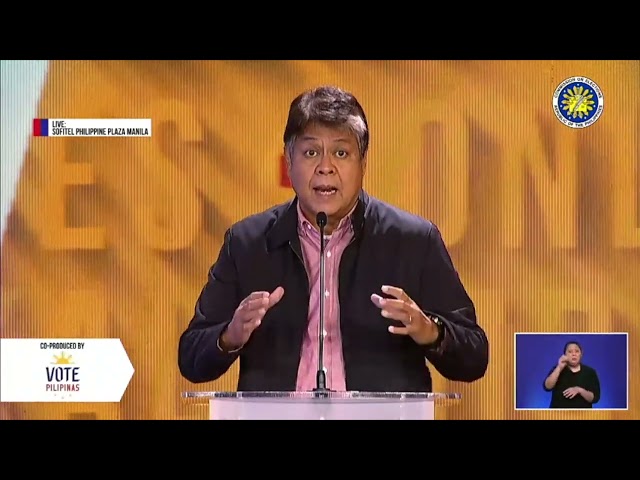 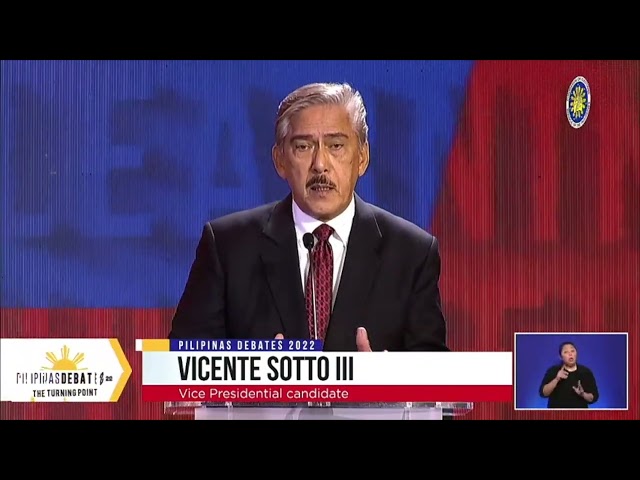 Pangilinan: Incompetent leaders should be replaced

Should there be another COVID-19 surge in the country, incompetent leaders should be replaced. VP bet Kiko Pangilinan says this during the Comelec debate, and adds that govt should strengthen COVID contact tracing, testing, and isolation. 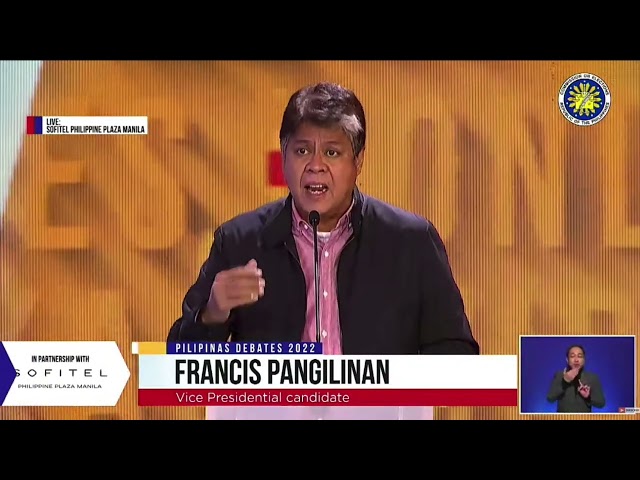 Comelec commissioner George Garcia says the poll body couldn’t just impose punishment to debate snubbers if there’s no law on it. Comelec chairman Saidamen Pangarungan, meanwhile, says they will address this problem in the next en-banc session.

Presidential and vice presidential frontrunners Bongbong Marcos Jr. and Sara Duterte, as usual, are a no-show in the debates. 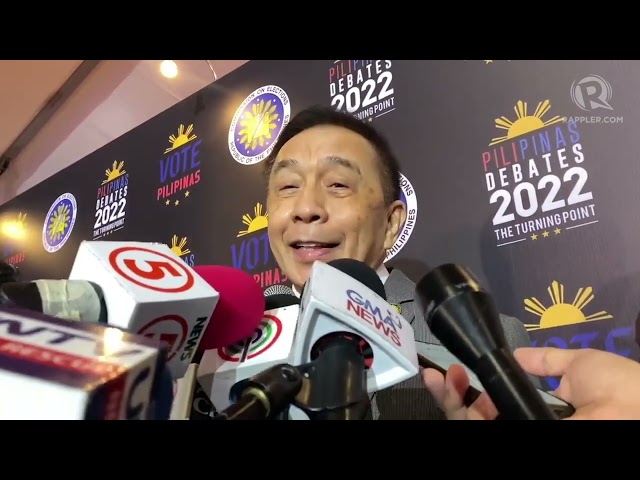 Walden Bello, whose criticism against the Comelec prompted an impromptu presscon from the commission, repeats his message to debate absentees Marcos and Duterte pic.twitter.com/0CUzj5HZxQ

[Rappler Recap] John Nery: No time for Comelec to wait for law to penalize absentee candidates

.@jnery_newsstand says there's no time for Comelec to wait for a law to penalize absentee candidates.

Nery adds that Comelec acting on this clamor will show the body's independence. #RapplerRecap https://t.co/o7XuksOfJW

.@jnery_newsstand: We need to pay attention to VP debates. It's not just a debate about candidates for spare tire position.