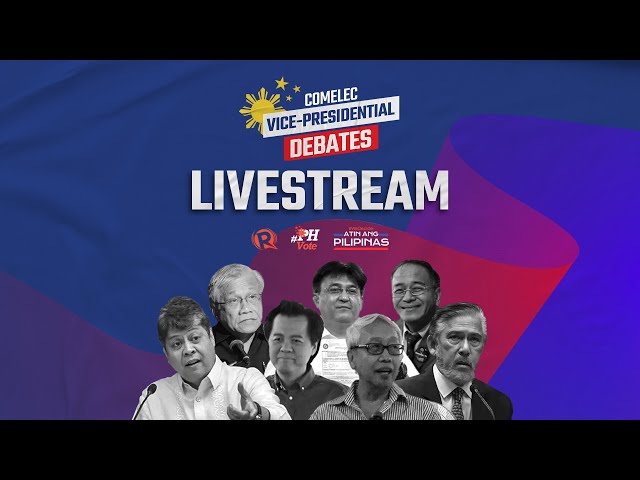 To watch the Comelec vice presidential debate, click the video at the topmost portion of this page. For other live updates and analyses, visit this one-stop shop by Rappler.

Among the vice presidential bets, only two will skip the debates: Davao City Mayor Sara Duterte, who did not confirm her attendance, and House Deputy Speaker Lito Atienza, who begged off due to medical reasons.

The debate will be moderated by broadcast journalist Ruth Cabal and will be held at the Sofitel Philippine Plaza. The other remaining vice presidential debate (in a town hall format) will also be held in Sofitel on April 23.

For the bets not attending the debate, podiums assigned to them will be placed on the debate stage to remind the public of their absence.

Bookmark this page to watch the live debate at 7 pm (Manila time) on Sunday, March 20. – Rappler.com