Over two weeks since the May 9 vote, the Commission on Elections (Comelec), sitting as the National Board of Canvassers, proclaimed the party-list groups that will occupy the 63 seats allotted for them in the 19th Congress.

The proclamation took place at the Philippine International Convention Center in Pasay City on Thursday, May 26.

Check this page for highlights, context, and analysis. For Rappler’s live video coverage of the party-list groups’ proclamation, click the YouTube video below. 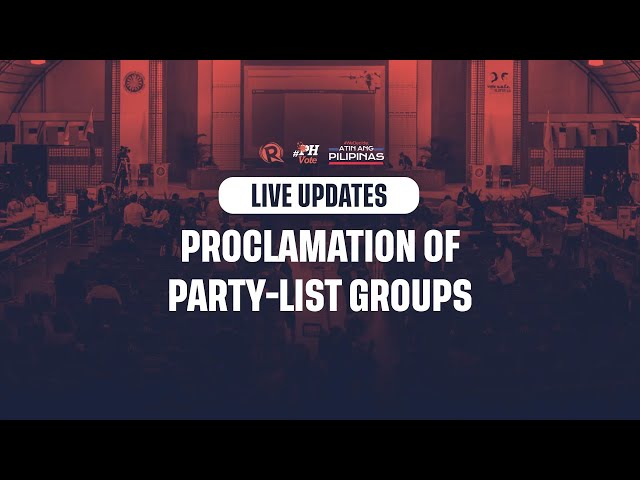 P3PWD, the party supported by former Comelec commissioner Rowena Guanzon, skips the proclamation ceremony, so far the only group to do so. pic.twitter.com/SFOq5zVSW3

Two factions of Magsasaka are here today. The group won a seat but the Comelec has not resolved with finality which faction to recognize. In this photo is King Cortez, which brings with him a copy of Comelec division order ruling in his faction's favor. pic.twitter.com/Qw00NYY7XD

It's an awkward proclamation for party-list group Magsasaka. Because the Comelec has not yet determined which of the two factions to recognize, the host asks representatives of both factions to just look at the proclamation certificate. pic.twitter.com/Rj7JRCj8z1 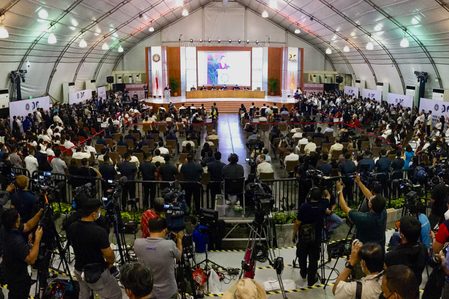 LOOK: List of 55 winning party-list groups, and the final number of votes and seats each one received.

Tingog 3rd nominee Karla Estrada is here. Tingog only secured 2 seats, so she will not be part of the 19th Congress. pic.twitter.com/WTDbUv5jzh

Agimat's Bryan Revilla says all first four nominees of his group resigned after the elections, so he is now the first nominee. pic.twitter.com/AxoKewOEMY 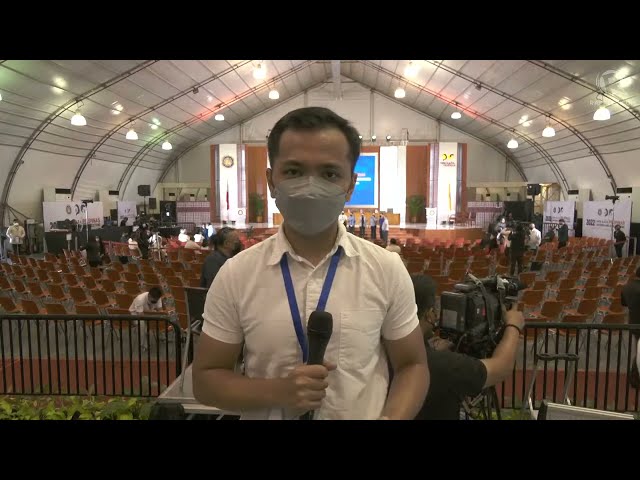 Rappler’s Dwight de Leon takes us through the preparations for the proclamation of the party-list groups that will occupy the 63 seats allotted for them in the 19th Congress.

Party-list system no longer only for the marginalized

Contrary to popular belief, the party-list system is no longer exclusive to marginalized groups after the Supreme Court ruled on the matter in 2013.

Bayan Muna, which was among the few party-list groups to have topped multiple party-list elections, will not be part of the 19th Congress.

Suffering its first election defeat since 2001, the progressive group only received 219,848 votes for the 2022 race, settling for 63rd out of 177 groups, based on Rappler’s own tally. Only 56 party-list organizations secured a total of 63 allotted seats for them in the House, with some getting two or three seats each.

Bayan Muna has been the subject of relentless red-baiting by the Duterte administration, and its exclusion from the next Congress is a major setback for the opposition as the Philippines ushers in the return of the Marcoses to the Malacañang.

It’s almost there but not quite for party-list group Akbayan, which sought a House comeback in 2022 after being shut out in the 2019 midterm elections.

Based on Rappler’s own tally of the 173 certificates of canvass, Akbayan ranked 57th in the 2022 party-list race with 236,226 votes. The last party-list group to make the cutoff this election season is Alona, which at rank 56 garnered 238,704 votes.

Akbayan was once a party-list mainstay in Congress, having won consecutive elections from 1998 to 2016. Its best election performance was in 2004, when it garnered three House seats.