The typhoon unleashed powerful winds and torrential rain that killed dozens of people, destroyed thousands of homes, and left swathes of the island region flooded.

Ulysses has become the deadliest tropical cyclone to hit the country this year, so far.

Bookmark this page for the latest on the aftermath of the typhoon.

The Department of Agrarian Reform in Eastern Visayas has turned over to DAR Secretary John Castriciones a P201,000-check for financial assistance for their colleagues in Cagayan Valley and Bicol who were severely affected by Super Typhoon Rolly and Typhoon Ulysses.

The DAR Southern Leyte Provincial Office earlier sent more than ₱10,000 to the DAR Employees Association at the Central Office for the same purpose.

Senate of the Philippines | Wednesday, November 25 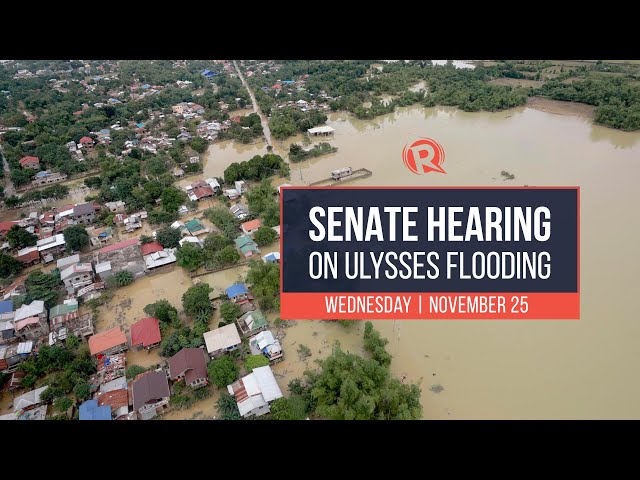 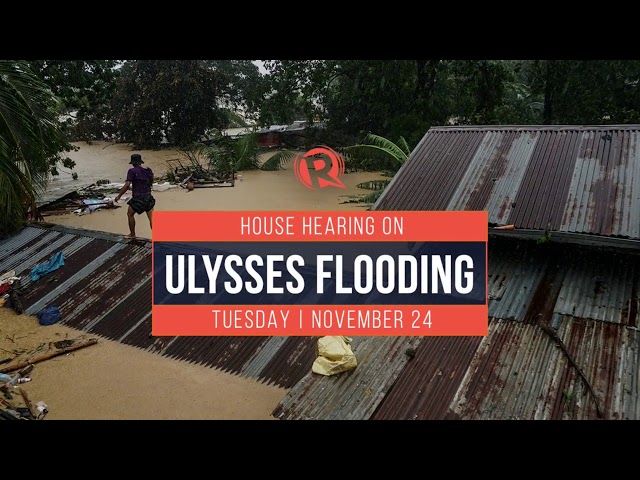 Who’s to blame for the massive flooding in Cagayan and Isabela that submerged homes and displaced thousands of residents?

On Tuesday, November 24, none of the government agencies present during the first day of the House investigation into the flooding in Cagayan Valley took responsibility for the tragedy.

Visiting US National Security Adviser Robert O’Brien announced Washington’s additional assistance of about P168 million ($3.5 million) to the Philippines in the wake of Typhoon Ulysses (Vamco), which killed at least 73 people, and after the devastation wrought by Super Typhoon Rolly (Goni).

“I want to express my deepest condolences and President Trump’s deepest condolences to the people of the Philippines who have been affected by Super Typhoon Goni and Typhoon Vamco. The United States stands with the Philippine people during this very difficult time and this natural disaster,” O’Brien said in a speech at the Department of Foreign Affairs on Monday, November 23.

He added, “We are providing life-saving support to those most affected and we’re going to work hard to restore the livelihoods and access to critical resources together with your government.”

From a perfumery setting aside a day’s sale for basic commodities, to a Filipino-operated cargo forwarder giving free shipment, and even a basketball game for a cause, Filipinos and other nationals here have initiated various efforts to send relief, in their own little way, to victims of Super Typhoon Rolly (Goni) and Typhoon Ulysses (Vamco), which recently hit the Philippines.

The House of Representatives is seeking an increase of at least P5 billion (P103.69 million) for the country’s calamity fund in 2021 to aid in the recovery of areas devastated by recent typhoons.

Senator Leila de Lima on Thursday, November 19, joined calls to investigate the recent massive flooding in parts of Cagayan Valley, and urged the government to be more proactive in disaster preparedness and response as the country may be hit by more typhoons for the rest of the year.

“As we expect the entry of 4 more typhoons before the end of the year, haven’t we had enough already of ‘Filipino resiliency’ being offered a mere lip service? How about actual public service?” De Lima said in a statement sent from her detention cell in Camp Crame.

She added: “We need government officials who will act with urgency and compassion and not just do aerial inspections of devastated areas; who will prioritize bigger budgets for disaster risk reduction instead of increasing their own confidential funds; and who will advocate the role of media as crucial disseminators of information during calamities rather than shut them down for selfish personal and political ends. We need genuine public servants.”

Typhoon Ulysses (Vamco) left more than P88.7 million worth of damage to agriculture in Bataan, according to the provincial government’s latest assessment.

Meanwhile, at least 1,562 families or 6,438 individuals were affected by Ulysses, according to Timoteo. Mostly residing in coastal areas, they were preemptively evacuated for fear of storm surges.

At least 3 houses in Bataan were also totally damaged, while 30 were partially damaged.

“The Department of Environment and Natural Resources (DENR) will chair the Build Back Better Task Force, with the Department of Public Works and Highways (DPWH) serving as Co-Chair,” Presidential Spokesperson Harry Roque said in a statement on Wednesday, November 18.