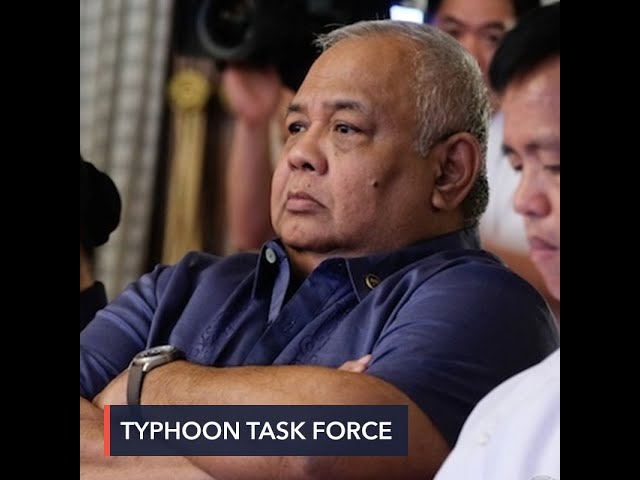 The task force is envisioned to be a “more permanent body” that will focus on “post-disaster rehabilitation and recovery of typhoon-hit areas” while a proposed “Department of Disaster Resilience” is not yet in place, said Roque.

The proposed body is also supposed to have a “clear chain of command” and “direct mandate” to respond to all issues and concerns in rehabilitation and recovery after a typhoon.

Roque spent much of the press briefing fending off criticism that the task force is redundant given that there is already a National Disaster Reduction and Management Council (NDRRMC) that includes the agencies set to comprise the new task force.

The main difference of the new body, he said, is it’s headed by the Executive Secretary, “no less than the closest alter ego of the President.”

“Obviously, the council (NDRRMC) is not enough… I guess the task force is really to stress that someone needs to be in charge and the person in charge is the Executive Secretary, with the full assistance of the Cabinet,” said Roque.

But in all Duterte’s briefings on Typhoon Ulysses (Vamco) and Super Typhoon Rolly (Goni), the President actually praised the national government and NDRRMC executive director Ricardo Jalad for a job “well done.”

Roque said the added value of the task force is “even if there is no meeting of the council, the Executive Secretary can make decisions, especially if it means saving lives.”

Still, it’s not clear why a task force is needed for Medialdea to coordinate the efforts of agencies when his role as executive secretary already gives him that power.

Medialdea, for instance, frequently issues memorandum orders or administrative orders “by authority of the President” to get agencies and departments to act.

Another reasoning given by Roque is that, because of the task force, Medialdea “will directly ask the DBM (Department of Budget and Management) about funding” and be able to say “national treasury, please release the funds.”

However, the Office of the President already has the power to approve the release and replenishment of the quick response funds of national government agencies and local governments, according to the DBM.

In 2020, Duterte’s penchant for creating task forces to solve pressing, complex issues has come to the fore.

He created a National Task Force vs COVID-19 despite the existence of the still-functioning Inter-agency Task Force on Emerging Infectious Diseases.

Barely a month ago, Duterte formed a “mega task force” to investigate corruption in the entire government.

Vice President Leni Robredo, who has also spent the past weeks bringing aid to affected parts of Luzon, said a new body for disaster response and rehabilitation may just “unnecessarily create more levels of bureaucracy.”

“It is worth studying but let’s assess if it’s really needed. What are the shortcomings of the present set-up that requires us to make another department,” she told ANC’s Karen Davila on Monday. – Rappler.com