WATCH: What Noynoy Aquino’s death means for the Philippines 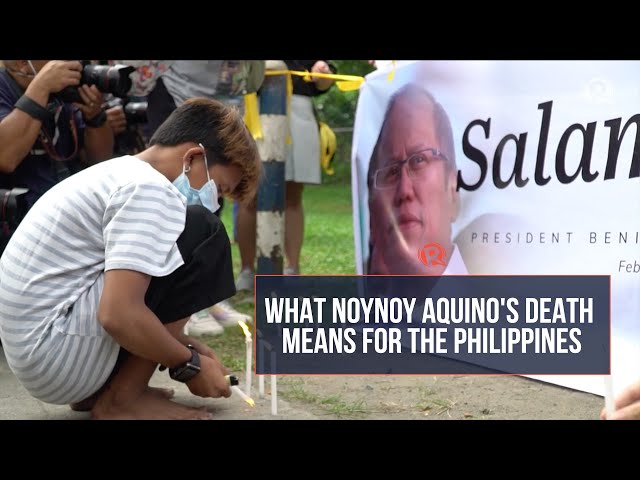 No matter how the Aquino family tried to keep the wake and burial simple and detached from politics, Noynoy Aquino is still the former president and lone son of democracy icons Ninoy and Cory.

And it is ironic that the politics did not come from politicians but from Catholic priests no less.

Despite Aquino’s run-ins with the Catholic Church, mainly over his government’s push for a Reproductive Health Law, the homilies of Father Albert Alejo, SJ, and Lingayen-Dagupan Archbishop Socrates Villegas called the death as a sort of political awakening.

So near to the elections, like the death of former president Cory Aquino which convinced Noynoy to run in the first place, Villegas said: “The best eulogy tribute we can pay to our dear President Noy is to bring back, recover, preserve, safeguard, and never again to compromise our dignity as a people and the decency of our leaders as servants.”

Rappler’s Lian Buan reports from the Manila Memorial Park in Parañaque where Aquino was buried beside his parents.

Read other stories from Rappler’s coverage: