Marikina suspends classes in all levels for a month 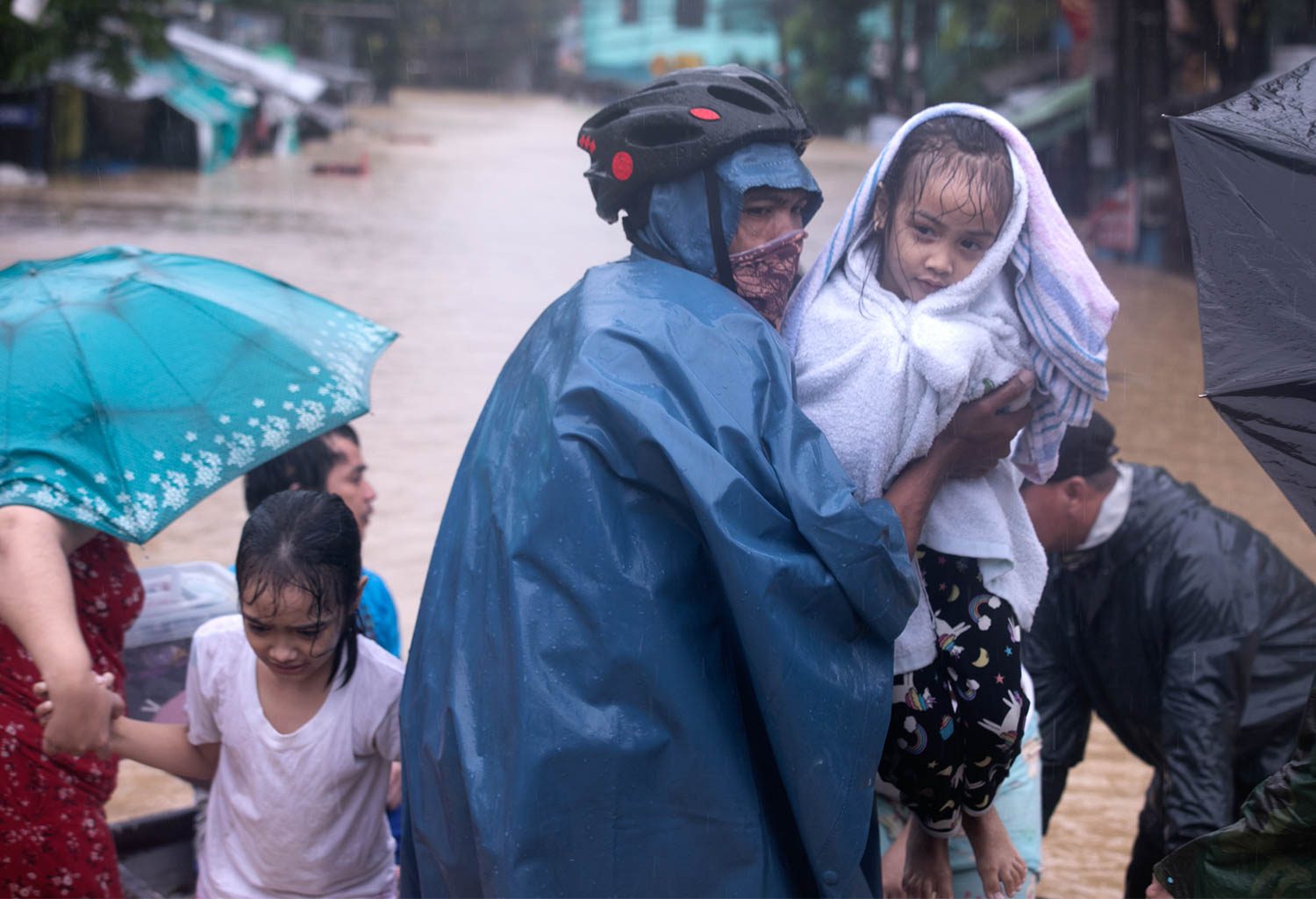 RESCUE. Volunteers rescue a family as floodwaters rise in Nangka, Marikina, due to Typhoon Ulysses.

Marikina City is suspending classes in all levels, both in public and private schools, for a month to give way for the rehabilitation of the city after it was heavily affected by Typhoon Ulysses (Vamco).

The suspension began Monday, November 16, and will last until December 16.

The Department of Education (DepEd) on Monday said that it will replace learning modules damaged by the typhoon.

DepEd Director June Gudoy told reporters in a Viber message that the department will assist Marikina in streamlining its curriculum to catch up with the academic calendar.

Marikina was one of the cities hardest hit by Typhoon Ulysses when it battered parts of Luzon last week.

Marikina City, which is still recovering from the massive flooding caused by the typhoon, is under a state of calamity

In a memo dated Saturday, November 14, DepEd-National Capital Region said that class suspension is made by respective local government units. (READ: How do LGUs decide on localized class suspensions?)