Facebook Twitter Copy URL
Copied
Carina maintains its strength as it moves over Cagayan, where it earlier made landfall

Signal number 2 is up over the following provinces: 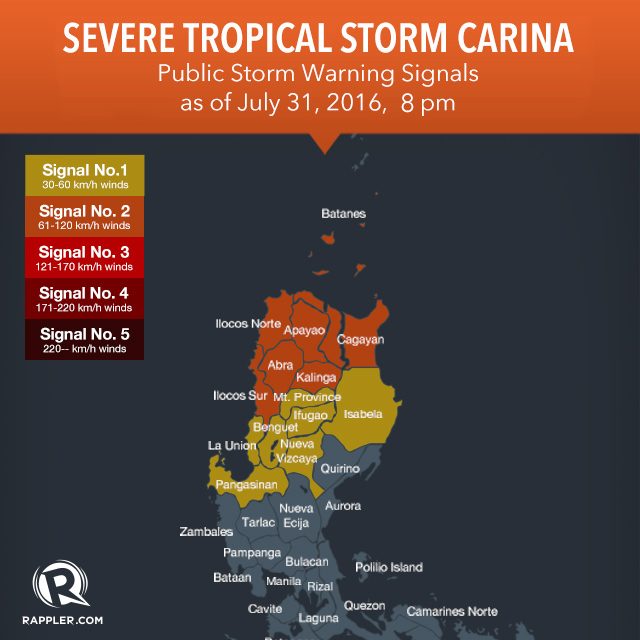 PAGASA warned that there could also be rains in Calabarzon, Mimaropa, and the rest of Central Luzon.

Meanwhile, coastal waters in Luzon are rough to very rough.