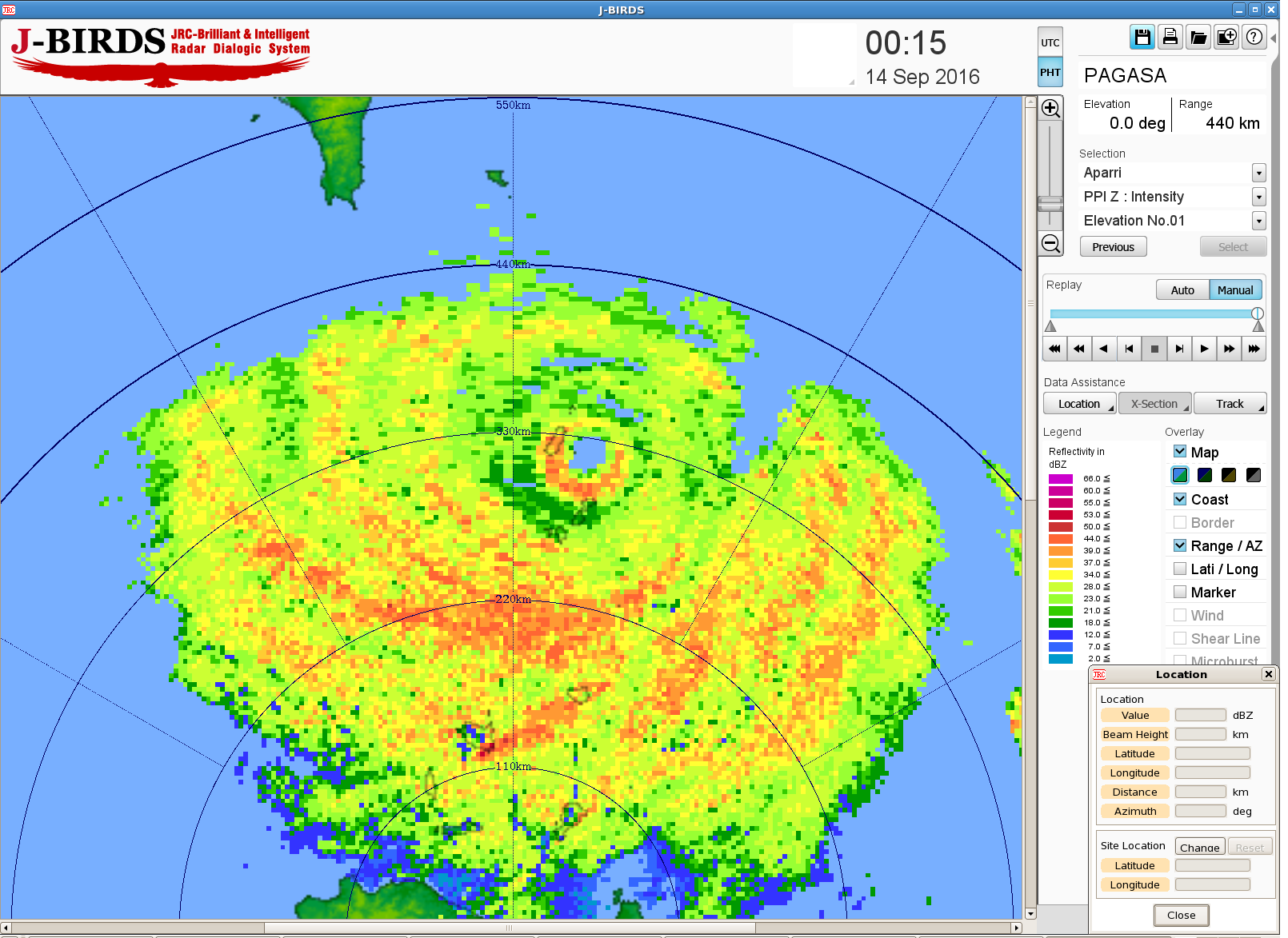 CAGAYAN, Philippines – Typhoon Ferdie (Meranti) made landfall in Itbayat, Batanes at 12:15 am on Wednesday, September 14.

State weather bureau PAGASA said this was based on information from its Doppler radar in Aparri, Cagayan.

Rappler was able to contact the Itbayat police station just 5 minutes after Ferdie made landfall, but a police officer who identified himself as PO2 Aguilar had to cut the phone interview short due to the weak cellular signal and strong winds.

(The winds are very strong. We can’t hear each other. Call back tomorrow for assessments because we can’t go out now. There are roofs being blown away by winds.)

In Basco, Batanes, Juliana Raquinio, an employee of the provincial environment office, said they could not sleep due to the strong winds.

Raquinio said electricity has been cut in the town since early Tuesday evening, September 13.

Rappler could no longer reach Raquinio and other contacts in Basco after 11:30 pm on Tuesday. – Rappler.com