Signal no. 3 in 4 areas; Karen off to Quezon-Aurora PAGASA warned that storm surges up to 2.5 meters high are possible in coastal areas of provinces under signal numbers 2 and 3. 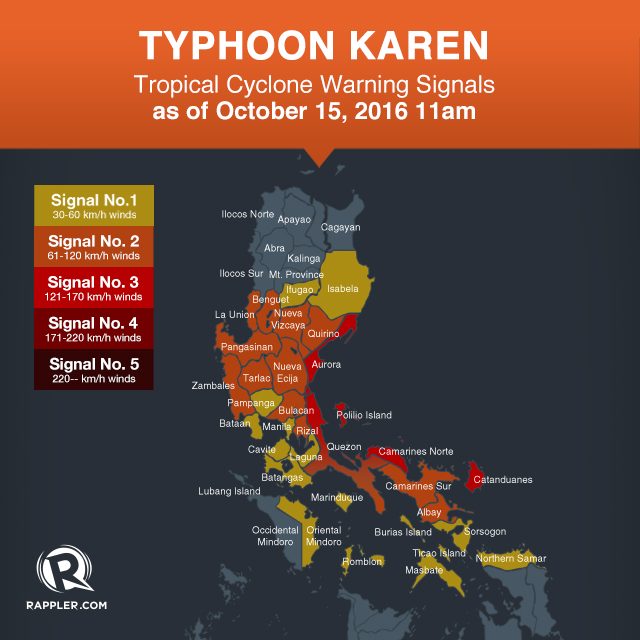 Karen is expected to be over Polillo Island between 2 am and 5 am on Sunday, October 16, before making landfall in the Quezon-Aurora area between 5 am and 7 am.

After hitting land, it will cross Central Luzon the rest of Sunday morning and then exit landmass via Pangasinan by afternoon.

The typhoon is expected to leave the Philippine Area of Responsibility (PAR) on Monday, October 17, between 5 am and 7 am. PAGASA is also monitoring Tropical Storm Haima, which is 1,840 km east of Mindanao, or still outside PAR.

Haima is expected to enter PAR on Monday and will be given the local name Lawin. – Rappler.com