In its bulletin issued 8 pm on Saturday, state weather bureau PAGASA said Karen now has maximum winds of up to 140 kilometers per hour (km/h) and gustiness of up to 195 km/h.

PAGASA said residents of areas under warning signals should watch out for possible floods and landslides, especially those in Aurora and northern Quezon, in the eastern side of the Sierra Madre. 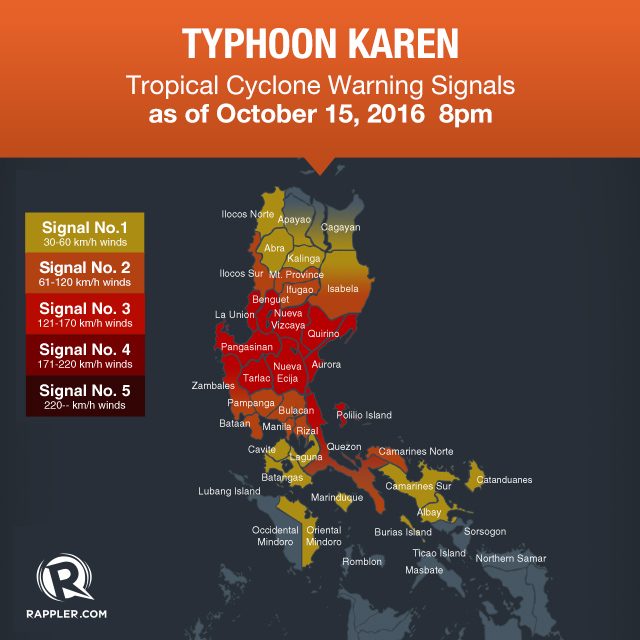 After hitting land in Aurora early Sunday, Karen will cross Central Luzon the rest of the morning and then exit landmass via Pangasinan in the afternoon.

The typhoon is expected to leave the Philippine Area of Responsibility (PAR) on Monday, October 17, between 1 am and 3 am. After Karen leaves, however, Tropical Storm Haima – currently located 1,850 km east of Mindanao – will enter PAR on Monday. It will be given the local name Lawin.