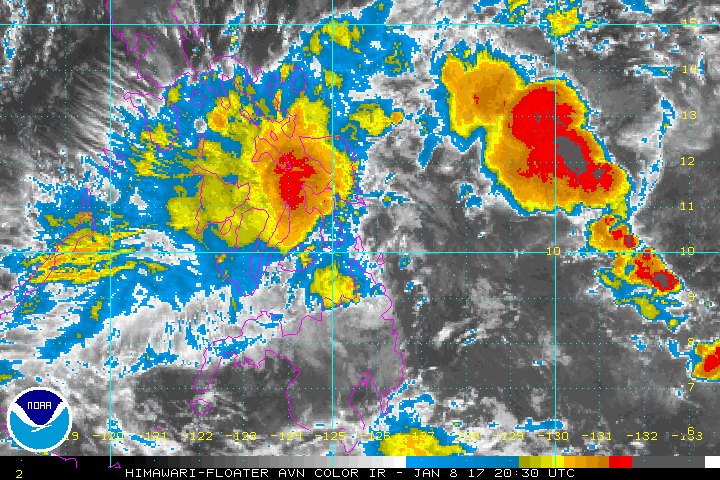 In a bulletin issued 5 am on Monday, January 9, state weather bureau PAGASA said Auring is already 100 kilometers east northeast of Tagbilaran, Bohol. It is now moving west northwest at 9 kilometers per hour (km/h) from the previous 7 km/h.

The tropical depression still has maximum winds of up to 45 km/h and gustiness of up to 75 km/h. It had slightly weakened early Sunday evening, January 8, after making landfall over Siargao Island on Sunday afternoon.

Moderate to heavy rain is being experienced within the tropical depression’s 300-km diameter. Areas under a tropical cyclone warning signal, as well as the rest of the Visayas, should be on alert for possible floods and landslides.

PAGASA also warned that sea travel is risky in the eastern seaboard of the Visayas and of Mindanao. Thousands of passengers have already been stranded in various ports due to Auring.

Classes and government work in some areas have also been suspended for Monday.