The tropical storm has maximum winds of 65 km/h and gustiness of up to 90 km/h. (READ: EXPLAINER: How tropical cyclones form)

Urduja is expected to make landfall in Eastern Samar on Friday morning, December 15. PAGASA warned that Urduja is bringing moderate to heavy rain within its 400-kilometer diameter.

Aside from the areas under warning signals, scattered to widespread rains are also expected in the Visayas, Bicol, Caraga, and Northern Mindanao. Residents should watch out for possible flash floods and landslides. (READ: FAST FACTS: Tropical cyclones, rainfall advisories)

Fishermen and others with small sea vessels are also advised not to venture out into the eastern seaboard of Bicol and the seaboards of the Visayas amid rough to very rough waters.

Thousands of passengers were stranded in various ports on Thursday. 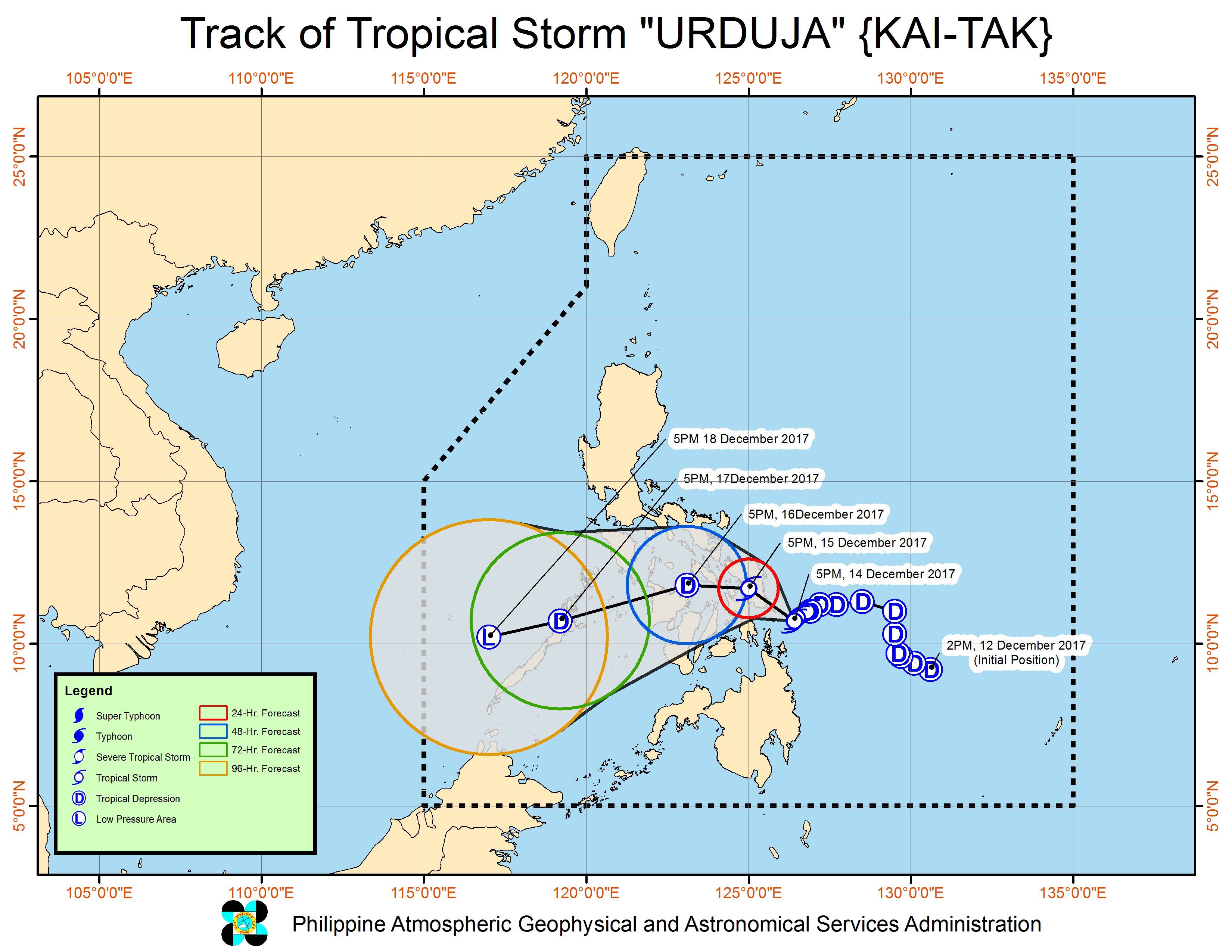