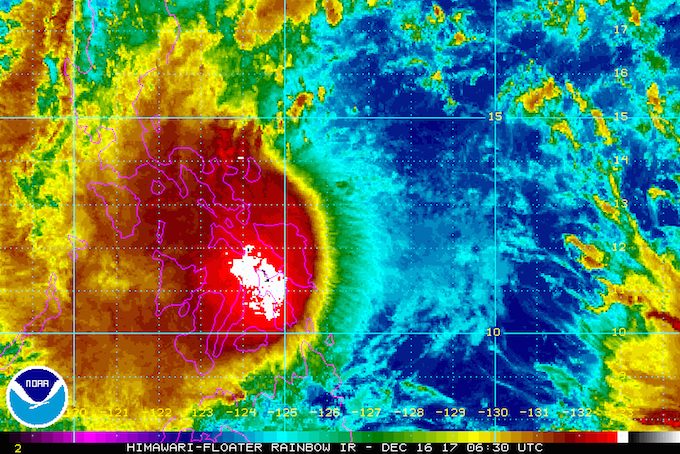 In a bulletin issued past 2:30 pm on Saturday, PAGASA said Urduja is already in the vicinity of San Policarpo, still moving west at 15 kilometers per hour (km/h).

The tropical storm still has maximum winds of 80 km/h and gustiness of up to 110 km/h. (READ: EXPLAINER: How tropical cyclones form) Floods and landslides have hit Eastern Samar, while Tacloban City is under a state of calamity. (LOOK: Houses in Eastern Samar flooded due to Urduja)

Based on its forecast track, Urduja will eventually get downgraded back to a tropical depression by Monday, December 18, then leave the Philippine Area of Responsibility (PAR) on Tuesday, December 19.