Facebook Twitter Copy URL
Copied
Palawan remains under signal no. 1 but Urduja (Kai-tak) is already moving away from the country

MANILA, Philippines – Tropical Depression Urduja (Kai-tak) is now over the West Philippine Sea, beginning to move away from the country.

The tropical depression still has maximum winds of 45 km/h and gustiness of up to 60 km/h. (READ: EXPLAINER: How tropical cyclones form)

Urduja, which was earlier a tropical storm before weakening into a tropical depression, made landfall in the country 6 times:

Most of the fatalities and missing persons are from the province of Biliran, where President Rodrigo Duterte and some Cabinet members visited on Monday. (READ: DOE targets restoring power in Biliran before Christmas)

P37.6 million in food packs and non-food items have been readied for those affected. Around 356,000 food packs are on standby. (READ: #ReliefPH: Help victims of Urduja) 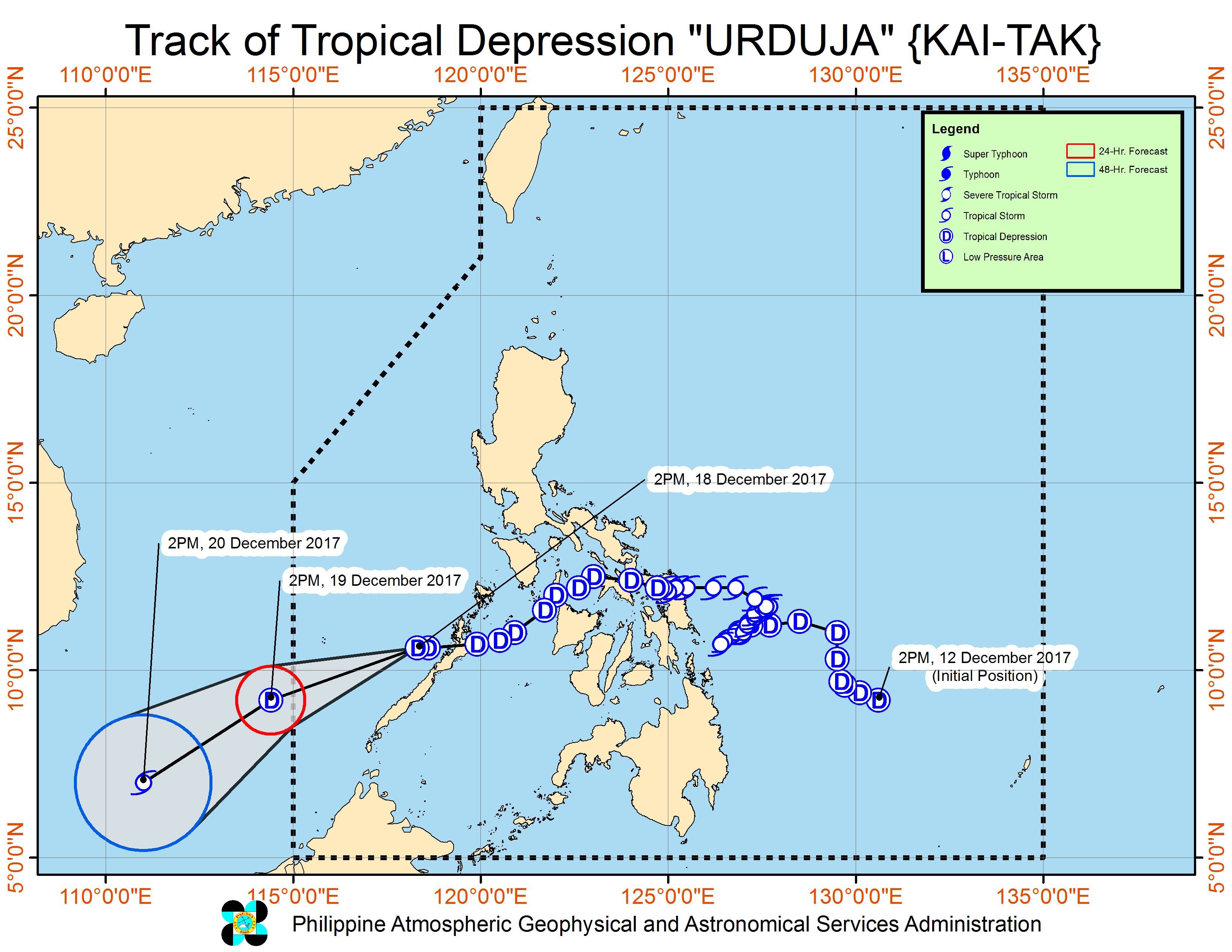 Meanwhile, the low pressure area (LPA) outside PAR – which used to be a tropical depression – is now located 1,450 kilometers east of Mindanao.

In the meantime, the tail-end of a cold front will bring light to heavy rain to Isabela, Aurora, and Quezon. Residents of these areas should watch out for possible flash floods.

The rest of the country will only have isolated thunderstorms. – Rappler.com