Agaton over Bohol Sea after landfall in Dinagat-Siargao

Jan 2, 2018 5:40 AM PHT
Rappler.com
Facebook Twitter Copy URL
Copied
Residents of the Visayas, parts of Mindanao, and Palawan should stay on alert for possible flash floods and landslides 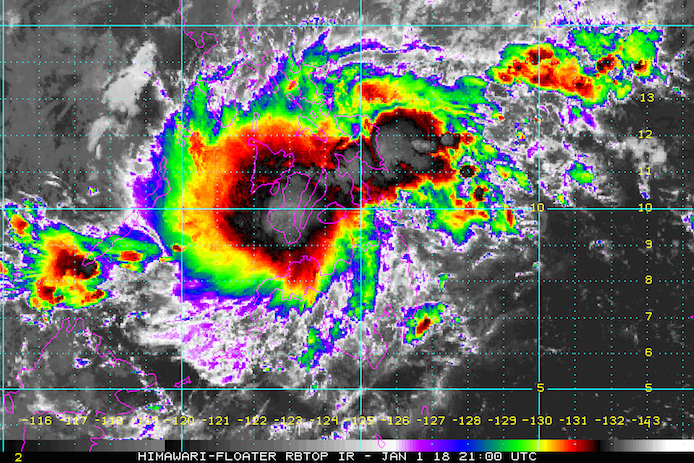 MANILA, Philippines – Tropical Depression Agaton slightly accelerated over the Bohol Sea before dawn on Tuesday, January 2, after making landfall in the Dinagat Islands-Siargao Island area at 1 am.

In a bulletin issued 5 am on Tuesday, state weather bureau PAGASA said Agaton is already 95 kilometers east of Tagbilaran City, Bohol, now moving west at 25 kilometers per hour (km/h) from the previous 22 km/h at the time of landfall.

The tropical depression has maximum winds of 55 km/h and gustiness of up to 90 km/h, also its strength when it hit land. (READ: EXPLAINER: How tropical cyclones form)

Signal number 1 is raised over:

Sea travel is suspended in areas under signal number 1. It is also risky to venture out into the seaboards of Northern Luzon and Southern Luzon, eastern seaboard of Central Luzon, and eastern and western seaboards of the Visayas due to the surge of the northeast monsoon.

After making landfall, Agaton is now expected to cross Bohol, southern Cebu, Negros, and Palawan. It could make its 2nd landfall in Palawan.

Based on its latest forecast track, Agaton will leave the Philippine Area of Responsibility (PAR) between Wednesday night, January 3, and Thursday morning, January 4. 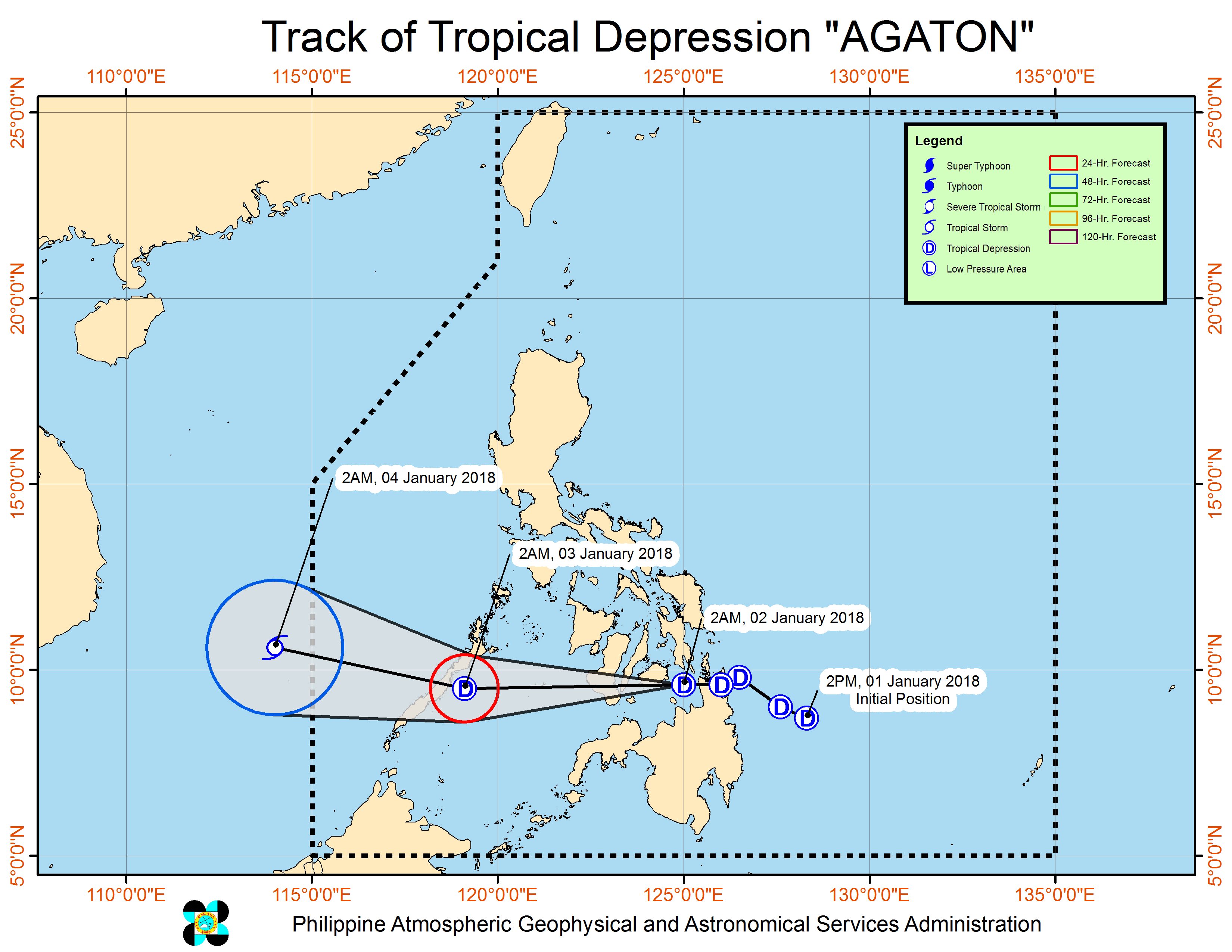 Mindanao is still reeling from Typhoon Vinta (Tembin), which hit land just a few days before Christmas 2017 as a severe tropical storm. It left at least 240 people dead.