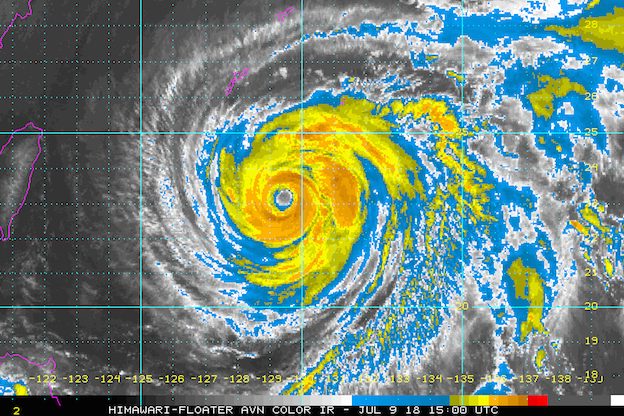 MANILA, Philippines – Typhoon Gardo (Maria) maintained its strength on Monday evening, July 9, as it continued to move over the northern part of the Philippine Sea.

But PAGASA warned that the typhoon is enhancing the southwest monsoon or hanging habagat.

Occasional rains from the enhanced southwest monsoon are expected in Mimaropa and Western Visayas within the next 48 hours, or until Wednesday, July 11.

The effects of the southwest monsoon had been subdued on Monday, as PAGASA earlier explained, because a low pressure area (LPA) in the West Philippine Sea affected Gardo’s enhancement of the hanging habagat.

That meant less rain than expected on Monday, but it is best to stay on alert in case the enhanced southwest monsoon becomes more pronounced in the next couple of days.

Class suspensions for Tuesday can be found here.

Based on its latest forecast track, Gardo will leave the Philippine Area of Responsibility (PAR) either Tuesday evening or Wednesday morning. Its exit could happen as early as Tuesday evening due to its relatively fast speed. (READ: PAGASA: Typhoon Gardo different from Yolanda)