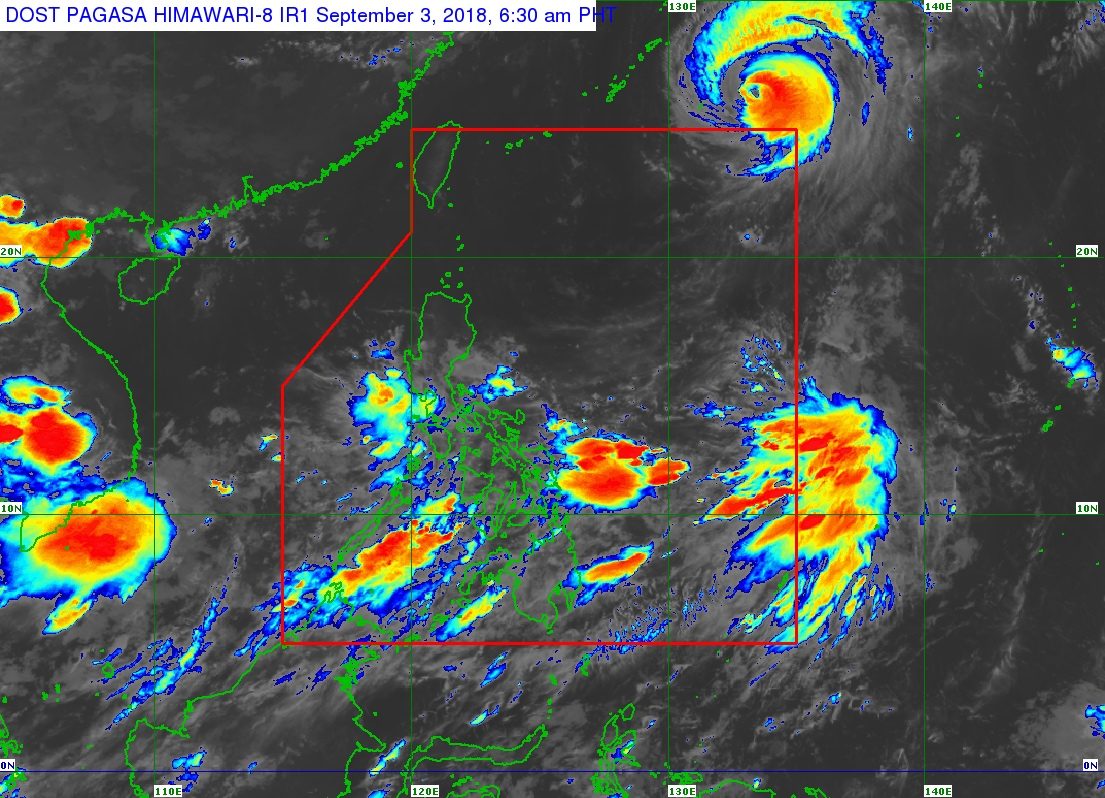 Facebook Twitter Copy URL
Copied
Parts of Luzon and the Zamboanga Peninsula have light to heavy rain on Monday, September 3

In a bulletin released past 5 am on Monday, September 3, the Philippine Atmospheric, Geophysical, and Astronomical Services Administration (PAGASA) said Maymay is already 1,340 kilometers east northeast of Basco, Batanes, moving north northwest at 20 kilometers per hour (km/h).

The typhoon had entered PAR at 2 pm on Sunday. But it only stayed near the PAR boundary and did not make landfall in the Philippines, so no areas were placed under tropical cyclone warning signals.

Maymay’s trough or extension only brought scattered rainshowers and thunderstorms to Calabarzon, Bicol, Mimaropa, Caraga, Northern Mindanao, and the Visayas. While Maymay has left, PAGASA is monitoring the effects of the southwest monsoon or hanging habagat.

Light to heavy rain is being experienced in Metro Manila, Pangasinan, Central Luzon, Calabarzon, Mimaropa, Bicol, and the Zamboanga Peninsula.

Residents of those areas should watch out for flash floods and landslides. (READ: FAST FACTS: Tropical cyclones, rainfall advisories)

Classes have already been suspended in some areas on Monday due to the heavy rain. (READ: #WalangPasok: Class suspensions, Monday, September 3)

The rest of the country, not affected by the southwest monsoon, will only have localized thunderstorms.