Isabela under Signal No. 2 due to Typhoon Ompong 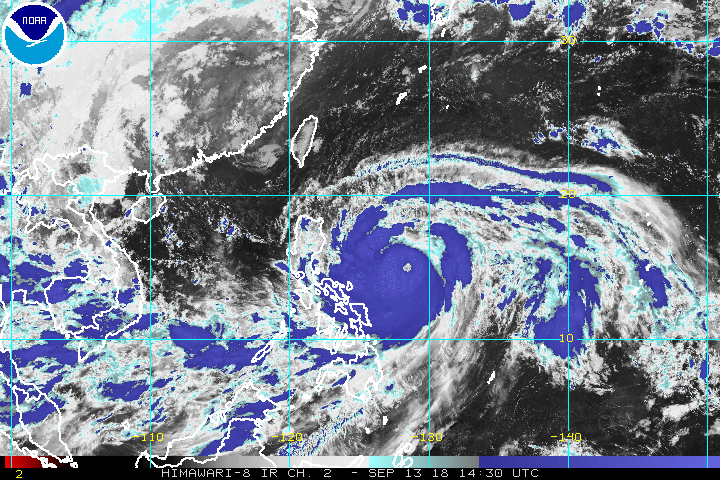 MANILA, Philippines – Isabela became the first province to be placed under Signal No. 2 due to Typhoon Ompong (Mangkhut), while nearly the entire Luzon stayed under Signal No. 1 along with Northern Samar on Thursday evening, September 13.

In a bulletin issued 11 pm on Thursday, the Philippine Atmospheric, Geophysical, and Astronomical Services Administration (PAGASA) said Ompong is already 740 kilometers east of Infanta, Quezon or 485 kilometers east northeast of Virac, Catanduanes, moving west at a slightly slower 20 kilometers per hour (km/h) from the previous 25 km/h.

Signal No. 2 is now up in Isabela, while Signal No. 1 is raised in: 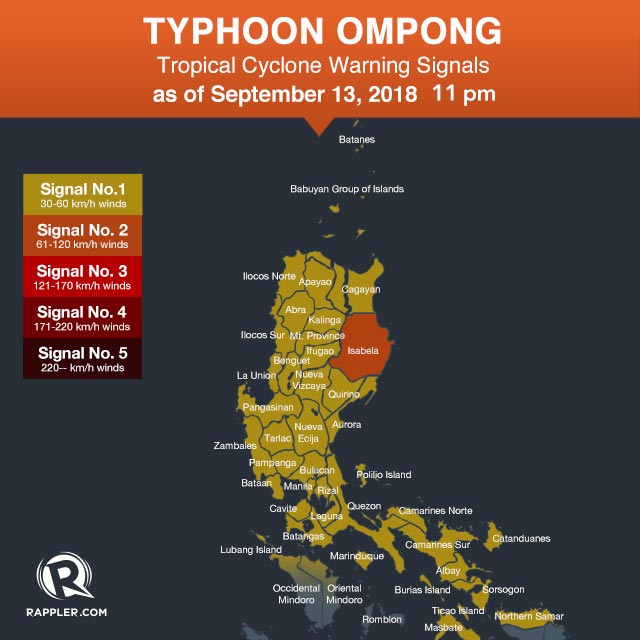 PAGASA warned that serious floods and landslides are possible, while many trees could get uprooted and homes made of light materials may be damaged. (READ: Duterte sends Cabinet members to Luzon provinces in Ompong’s path)

Fishermen and others with small sea vessels are also advised not to venture out into the seaboards of areas under tropical cyclone warning signals, and in the northern seaboard of Northern Luzon as well as the eastern seaboards of the Visayas and Mindanao.

More than 3,500 passengers were stranded in various ports on Thursday. Several flights were also canceled. 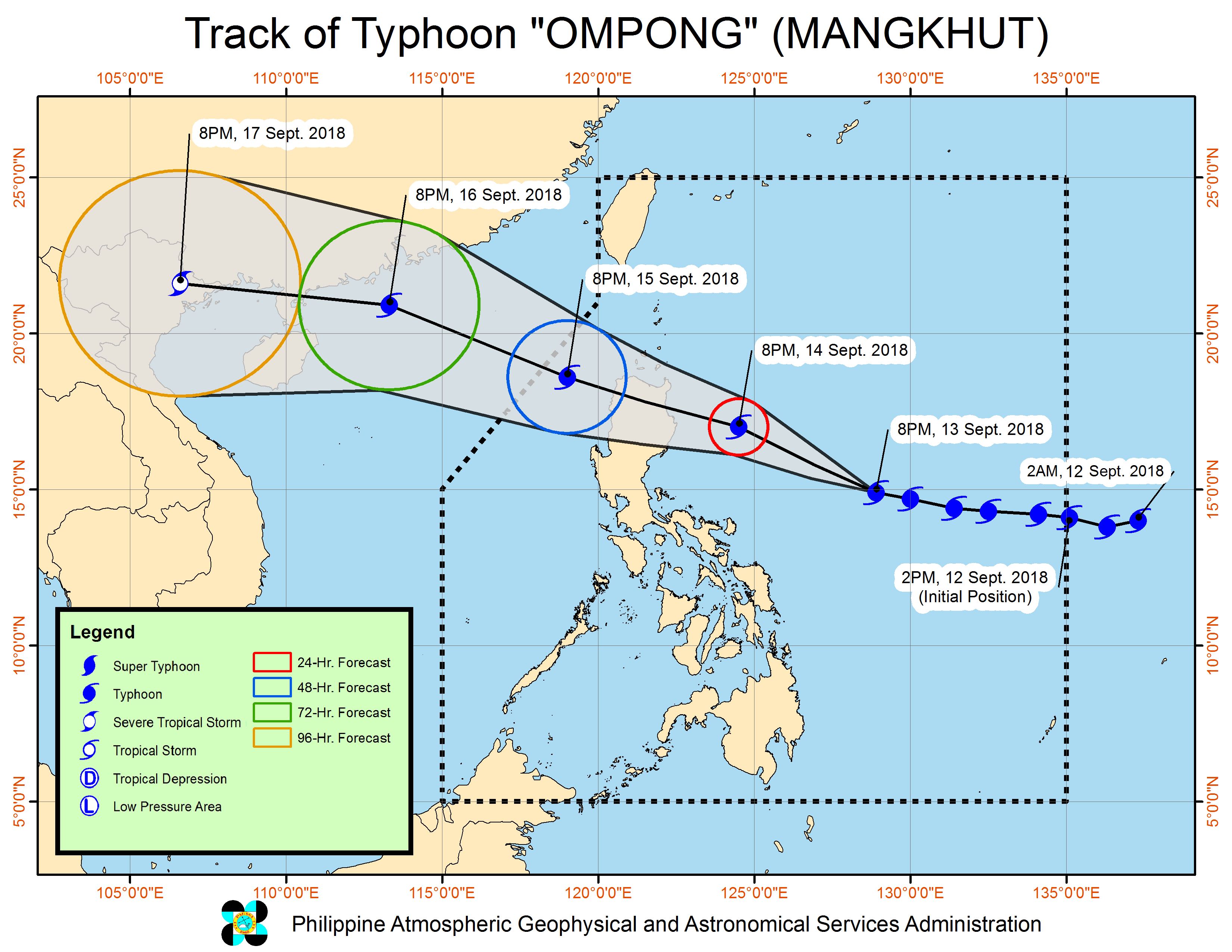 The typhoon is also enhancing the southwest monsoon or hanging habagat. The enhanced southwest monsoon could trigger moderate to heavy rain in Palawan, the Zamboanga Peninsula, and the Visayas from Friday to Saturday.