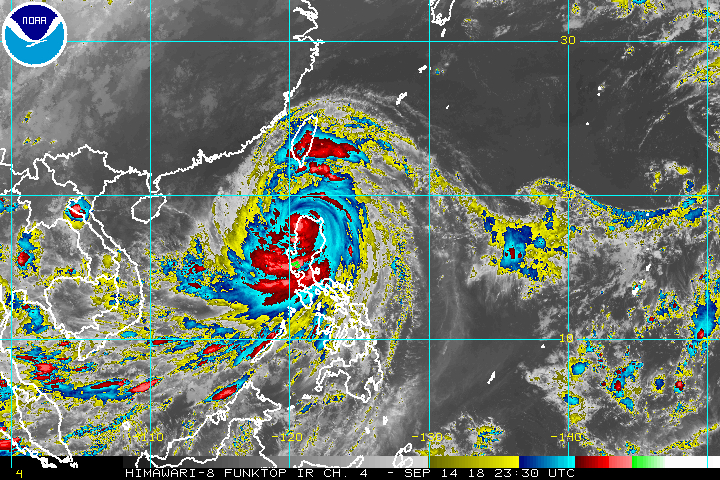 In a bulletin issued 8 am on Saturday, the Philippine Atmospheric, Geophysical, and Astronomical Services Administration (PAGASA) said Ompong is already in the vicinity of Kabugao, Apayao, moving west at a slightly slower 30 kilometers per hour (km/h) from the previous 35 km/h.

Below are the tropical cyclone warning signals in place. Cagayan, where Ompong made landfall at 1:40 am on Saturday, has been downgraded from Signal No. 4 to 3. 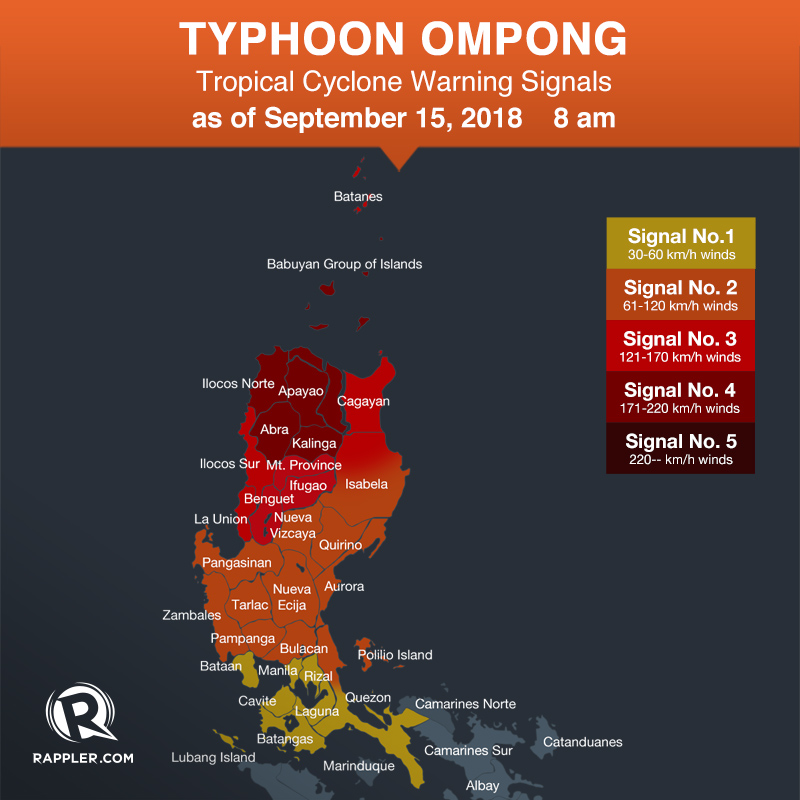 Thousands of people in affected areas had evacuated ahead of Ompong’s landfall. (READ: Will Typhoon Ompong be the same as Super Typhoon Lawin?)

More than 6,000 passengers have been stranded at various seaports. Domestic and international flights have been canceled. (READ: DFA giving P5,000 aid for OFWs stranded due to Typhoon Ompong)

Aside from directly affecting Luzon, Ompong is enhancing the southwest monsoon or hanging habagat. The enhanced southwest monsoon will trigger gusty winds and moderate to heavy rain in Western Visayas, the Zamboanga Peninsula, the Autonomous Region in Muslim Mindanao, Mimaropa, and Bicol. Scattered light to heavy rains will also hit Eastern Visayas and Central Visayas.

Based on its latest forecast track, Ompong might leave the Philippine Area of Responsibility (PAR) on Saturday evening. This estimated time of exit could still change if it slows down again.

PAGASA cautioned, however, that even if the eye of the typhoon exits PAR, Ompong could still affect parts of Luzon due to its wide diameter. (READ: COMPARISON: Typhoon Ompong and previous Philippine typhoons) 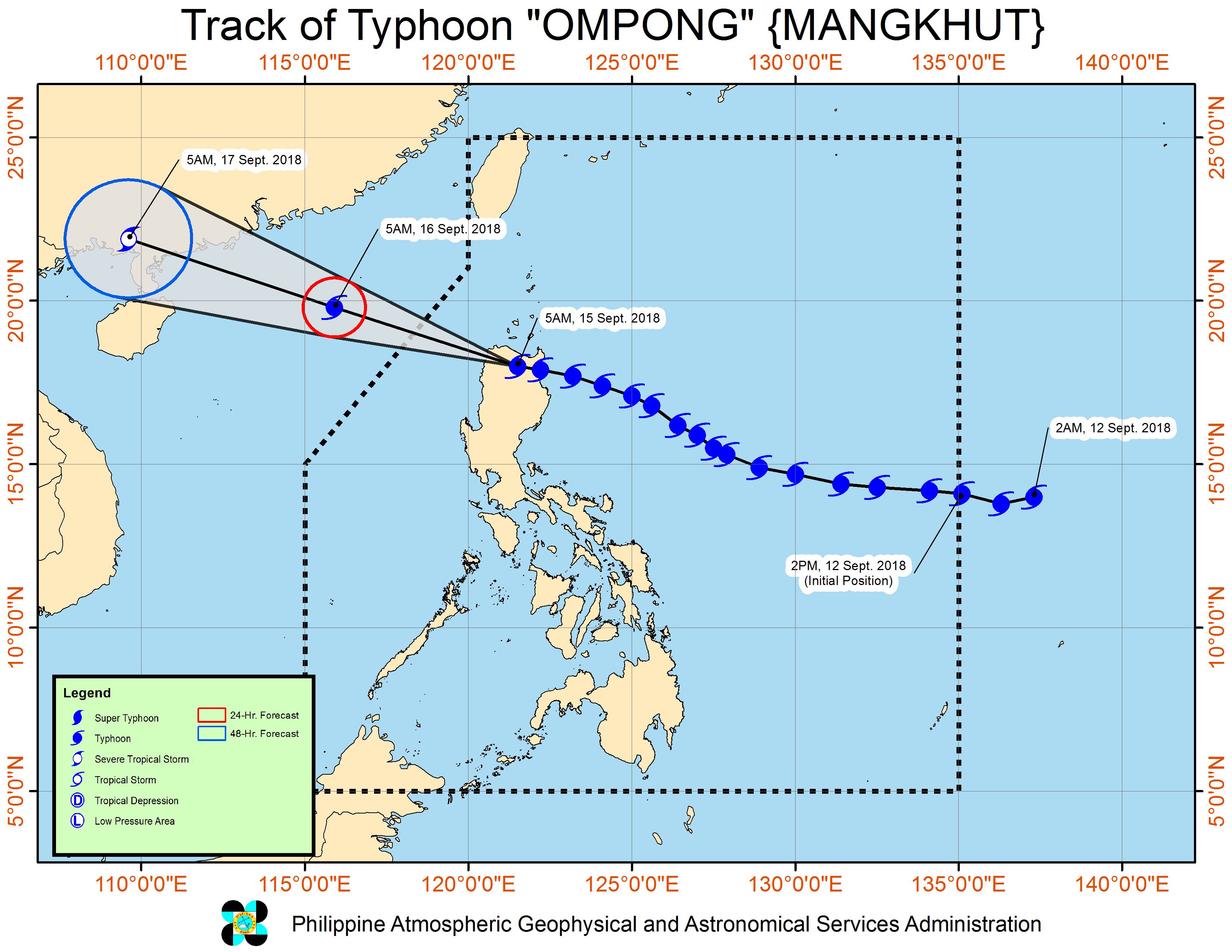