In a bulletin issued 11 pm on Monday, the Philippine Atmospheric, Geophysical, and Astronomical Services Administration (PAGASA) said Chedeng is now 180 kilometers east of General Santos City. It is moving west at a faster 25 kilometers per hour (km/h) from the previous 15 km/h.

The tropical depression continues to have maximum winds of 45 km/h and gustiness of up to 60 km/h.

Signal No. 1 remains raised in these areas in Mindanao:

Chedeng might make landfall in the eastern coast of Davao Occidental between 2 am and 6 am on Tuesday, March 19. It is expected to weaken into a low pressure area (LPA) after landfall.

But PAGASA warned that even if Chedeng becomes an LPA, moderate to heavy rain may still hit most parts of Mindanao on Tuesday. In particular, portions of the Davao Region, Soccsksargen, Bangsamoro Autonomous Region in Muslim Mindanao, and Zamboanga Peninsula could be affected.

Residents should stay on alert for possible flash floods and landslides, especially if they live in low-lying areas or in mountainous regions.

PAGASA also warned those with small vessels not to set sail in the eastern seaboards of the Visayas and Mindanao, as well as in areas under Signal No. 1. (READ: FAST FACTS: Tropical cyclones, rainfall advisories) 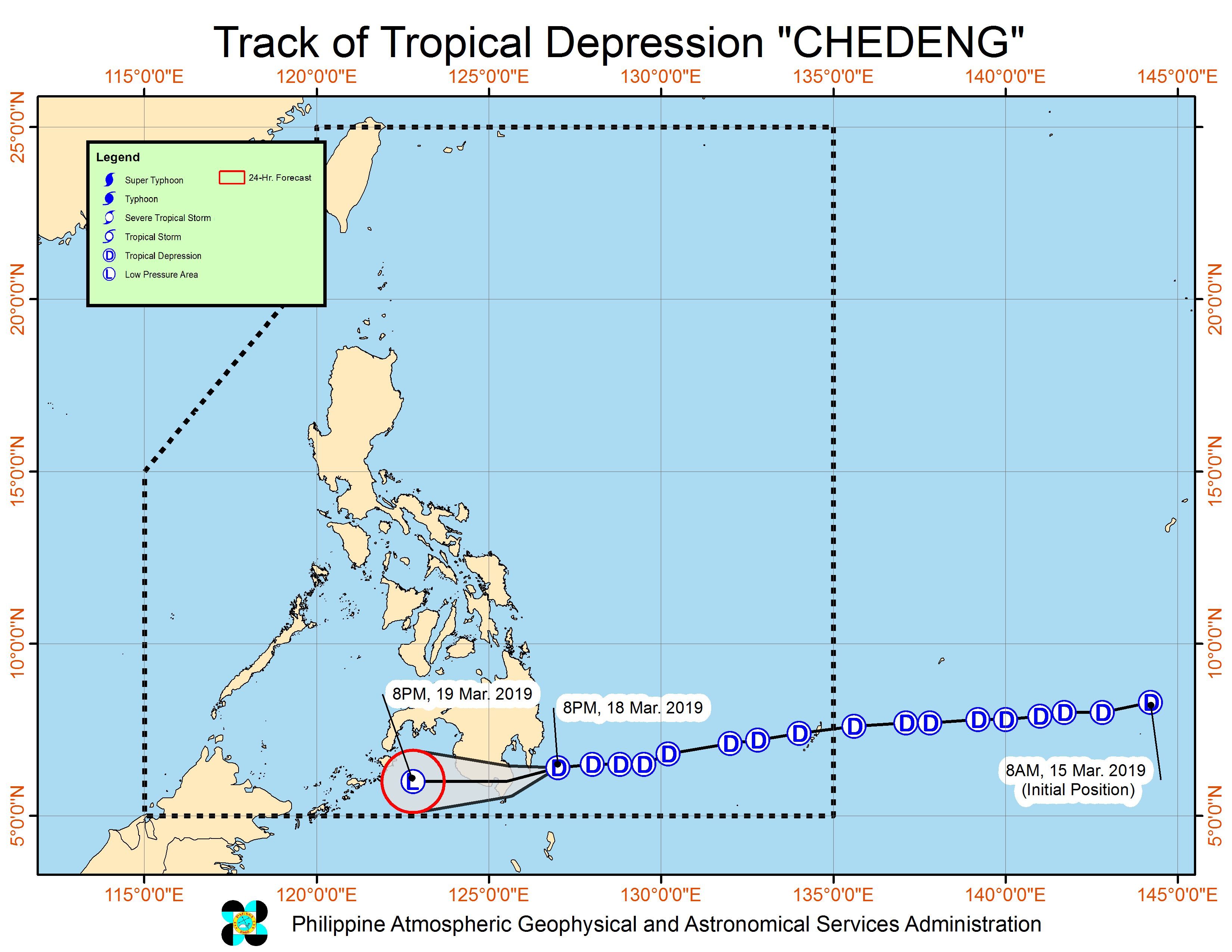 The country gets an average of 20 tropical cyclones per year, but PAGASA expects only 14 to 18 in 2019. The number is likely to be below average as a “full-blown” El Niño looms.

Below is the estimated number of tropical cyclones from March to August:

Meanwhile, other parts of the country – not affected by Chedeng – will only have isolated rainshowers on Tuesday. – Rappler.com