Southwest monsoon to affect parts of PH on June 25 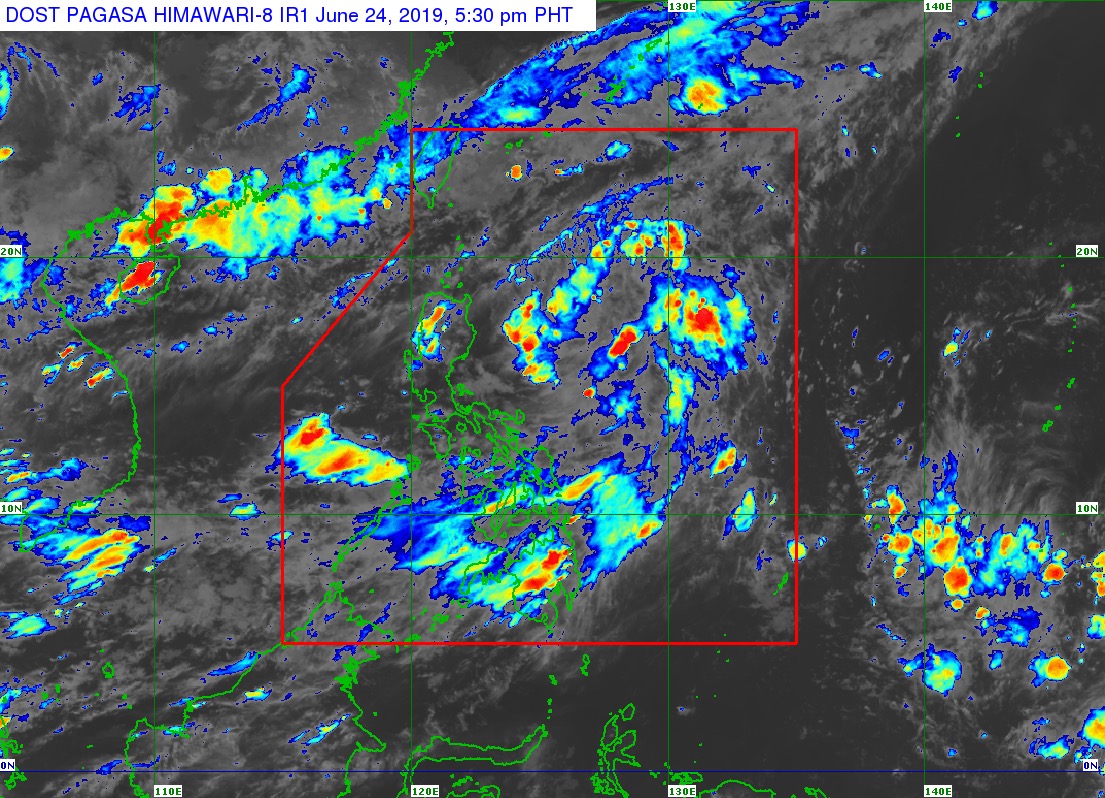 MANILA, Philippines – The southwest monsoon or hanging habagat is expected to bring rain to parts of the country on Tuesday, June 25.

In a bulletin issued 4 pm on Monday, June 24, the Philippine Atmospheric, Geophysical, and Astronomical Services Administration (PAGASA) said the southwest monsoon will trigger scattered rainshowers and thunderstorms in:

There may be flash floods or landslides in those areas during severe thunderstorms.

PAGASA defines the southwest monsoon as “warm, moist winds from the southwest causing rains over the western portion of the country,” usually from June to September. (READ: FAST FACTS: Tropical cyclones, rainfall advisories)

Aside from the effects of the southwest monsoon, PAGASA also continues to monitor a low pressure area (LPA) inside the Philippine Area of Responsibility (PAR).

This LPA was located 610 kilometers east of Casiguran, Aurora, as of Monday afternoon.

It could either dissipate or strengthen into a tropical depression within the next 48 hours. (READ: EXPLAINER: How tropical cyclones form)

The estimate for December is expected to be included in PAGASA’s next climate outlook. (READ: LIST: PAGASA’s names for tropical cyclones in 2019)