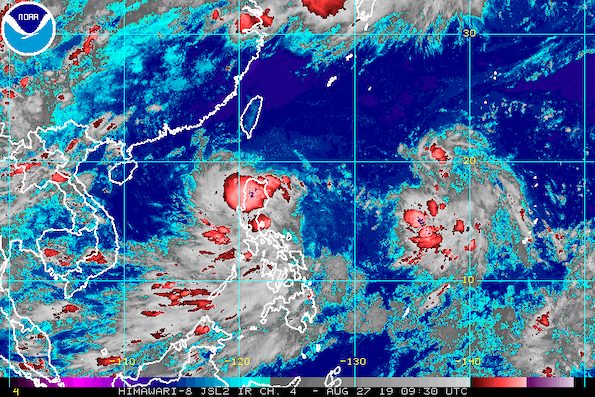 In a briefing past 5 pm on Tuesday, the Philippine Atmospheric, Geophysical, and Astronomical Services Administration (PAGASA) said Jenny is already 290 kilometers east of Infanta, Quezon.

It is moving west northwest at a faster 35 kilometers per hour (km/h) from the previous 25 km/h.

Jenny continues to have maximum winds of 65 km/h and gustiness of up to 80 km/h. It is likely to remain a tropical storm for the rest of its stay inside the Philippine Area of Responsibility (PAR).

PAGASA said Jenny could make landfall in Aurora between 9 pm on Tuesday and 1 am on Wednesday, August 28.

Below are the latest areas under tropical cyclone wind signals. 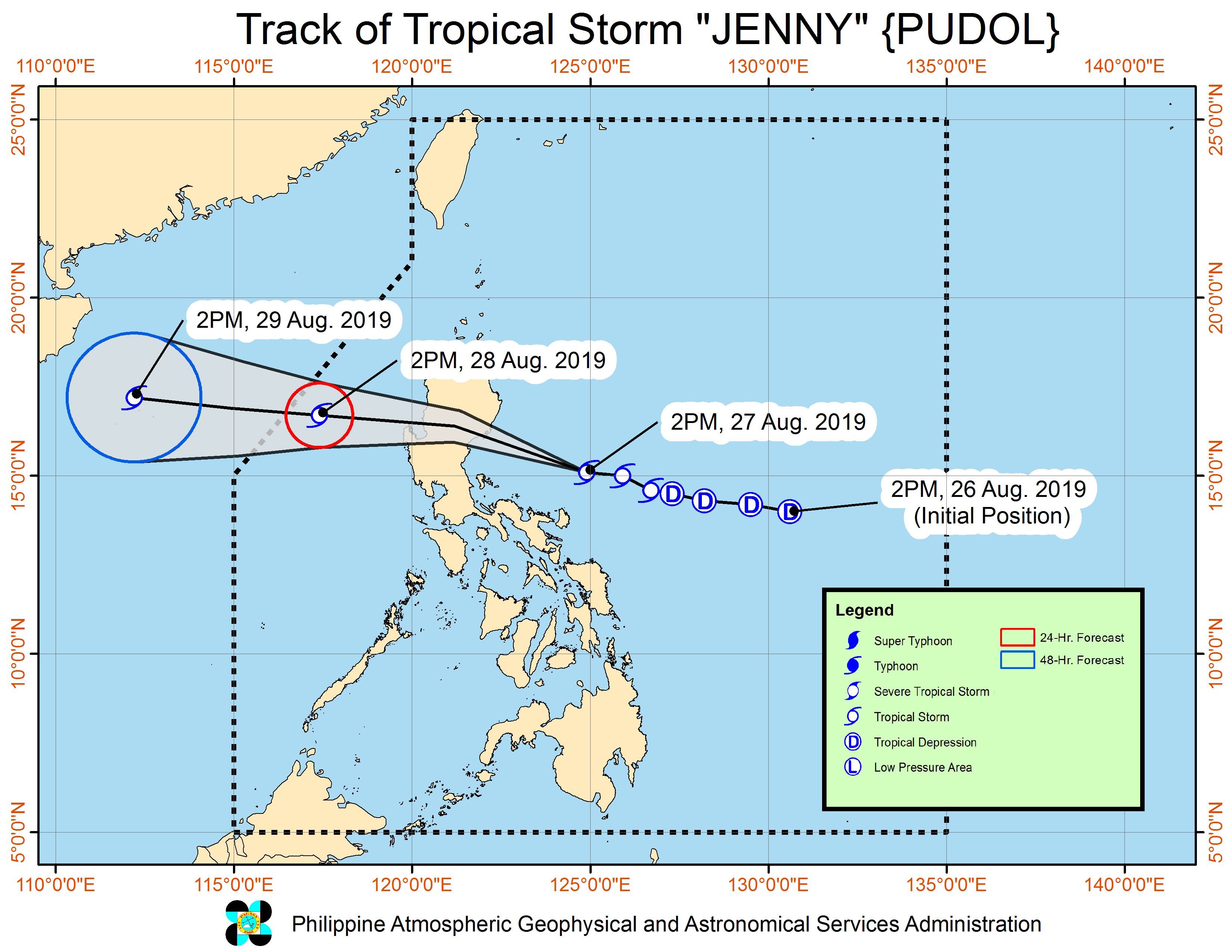