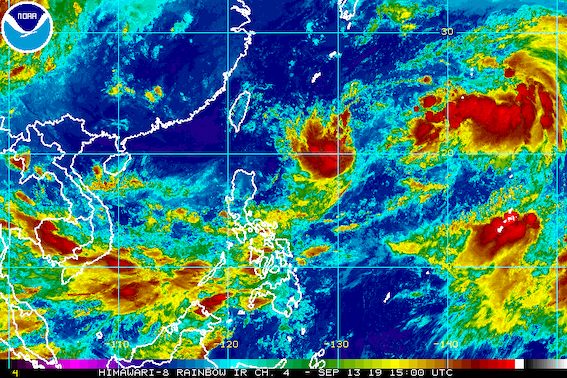 In a briefing past 11 pm on Friday, the Philippine Atmospheric, Geophysical, and Astronomical Services Administration (PAGASA) said Marilyn is already 1,130 kilometers east of Basco, Batanes.

It is now moving north northeast at 10 kilometers per hour (km/h), after being almost stationary or hardly moving on Friday afternoon.

There are no areas under tropical cyclone wind signals and Marilyn is unlikely to make landfall.

But PAGASA Weather Specialist Meno Mendoza said the tropical depression is still pulling the southwest monsoon or hanging habagat, which will continue to bring rain.

Here’s the latest on the expected rainfall:

PAGASA also warned that travel is risky in the western seaboard of Southern Luzon and the seaboards of the Visayas and Mindanao, especially for small vessels.

Marilyn was initially projected to leave PAR on Sunday, September 15. But its latest forecast track shows it might stay longer inside – until next week – since it could curve toward Taiwan, which is within PAR.