Tropical Storm Ramon brings rain around 2 days ahead of landfall

Nov 15, 2019 12:35 PM PHT
Acor Arceo
Facebook Twitter Copy URL
Copied
The eastern parts of Cagayan and of Isabela, as well as the northern part of Aurora, are under Signal No. 1 as of Friday morning, November 15 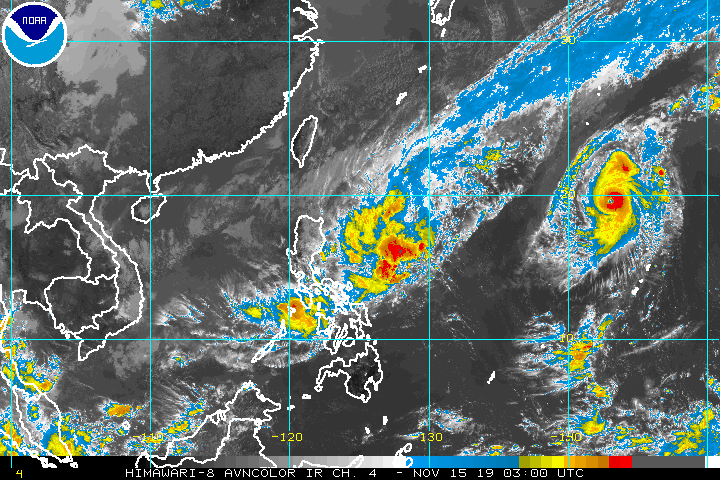 MANILA, Philippines – Tropical Storm Ramon (Kalmaegi) slowed down on Friday morning, November 15, as it continued making its way toward Northern Luzon, where it is expected to make landfall.

In a briefing past 11 am on Friday, the Philippine Atmospheric, Geophysical, and Astronomical Services Administration (PAGASA) said Ramon is now 420 kilometers east northeast of Casiguran, Aurora, or 460 kilometers east of Tuguegarao City, Cagayan.

It is slowly moving north northwest, from its pace of 15 kilometers per hour (km/h) before dawn on Friday.

Ramon continues to have maximum winds of 75 km/h and gustiness of up to 90 km/h.

Here is the latest list of areas under a tropical cyclone wind signal:

Ramon is still bringing rain to parts of Luzon and also to Panay Island in Western Visayas.

The state weather bureau added that gusty conditions may be experienced in Northern Luzon on Friday, especially in coastal and mountainous areas, due to the northeast monsoon or hanging amihan enhanced by Ramon. 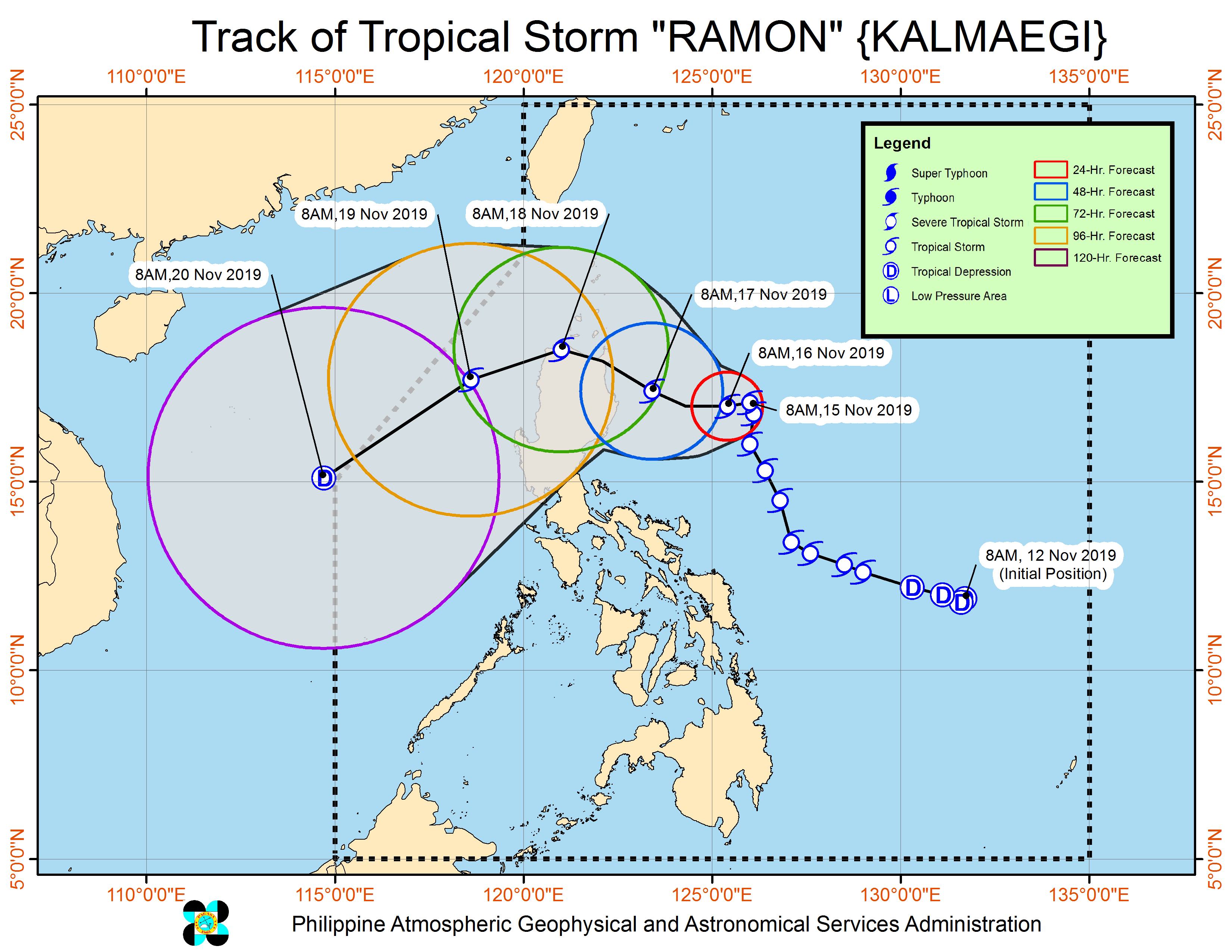