Signal No. 3 up in Catanduanes as Typhoon Tisoy slightly intensifies 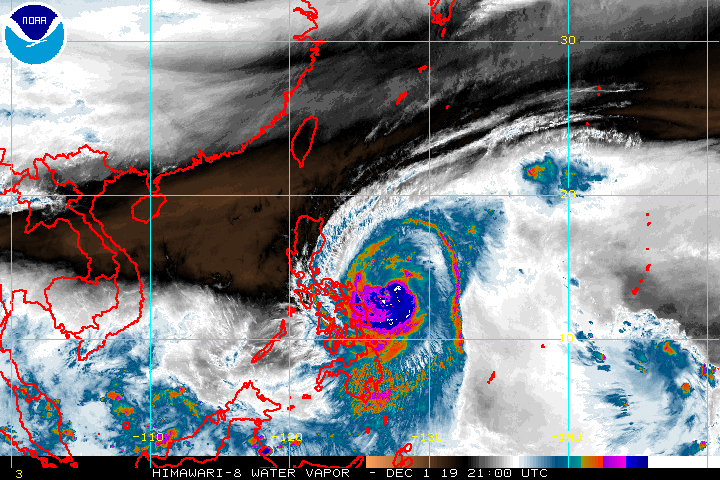 MANILA, Philippines – Signal No. 3 was raised in Catanduanes before dawn on Monday, December 2, as Typhoon Tisoy (Kammuri) slightly intensified.

In a briefing past 5 am on Monday, the Philippine Atmospheric, Geophysical, and Astronomical Services Administration (PAGASA) said Tisoy is already 355 kilometers east of Virac, Catanduanes.

It is still moving west at 20 kilometers per hour (km/h).

Tisoy is expected to make landfall either in Catanduanes or Albay, which are both provinces in Bicol, between Monday evening and early Tuesday morning, December 3.

Aside from Catanduanes, many other areas are under a tropical cyclone wind signal. Here’s the latest list, now totaling 51 places:

PAGASA added that gusty conditions may also be experienced in areas in Northern Luzon that are not under any tropical cyclone wind signal, due to the northeast monsoon or hanging amihan.

Tisoy is also bringing rain which would be intense at its peak. Below is PAGASA’s newest rainfall outlook.

PAGASA warned that Tisoy could trigger flash floods and landslides.

Ahead of Tisoy’s landfall, thousands of people have fled their homes. Albay, one of the potential landfall areas, ordered mandatory evacuation for those living in high-risk zones prone to lahar, landslides, floods, and storm surges.

Tisoy also looms as the Philippines hosts the 2019 Southeast Asian Games, with the venues of the regional meet in the typhoon’s path. 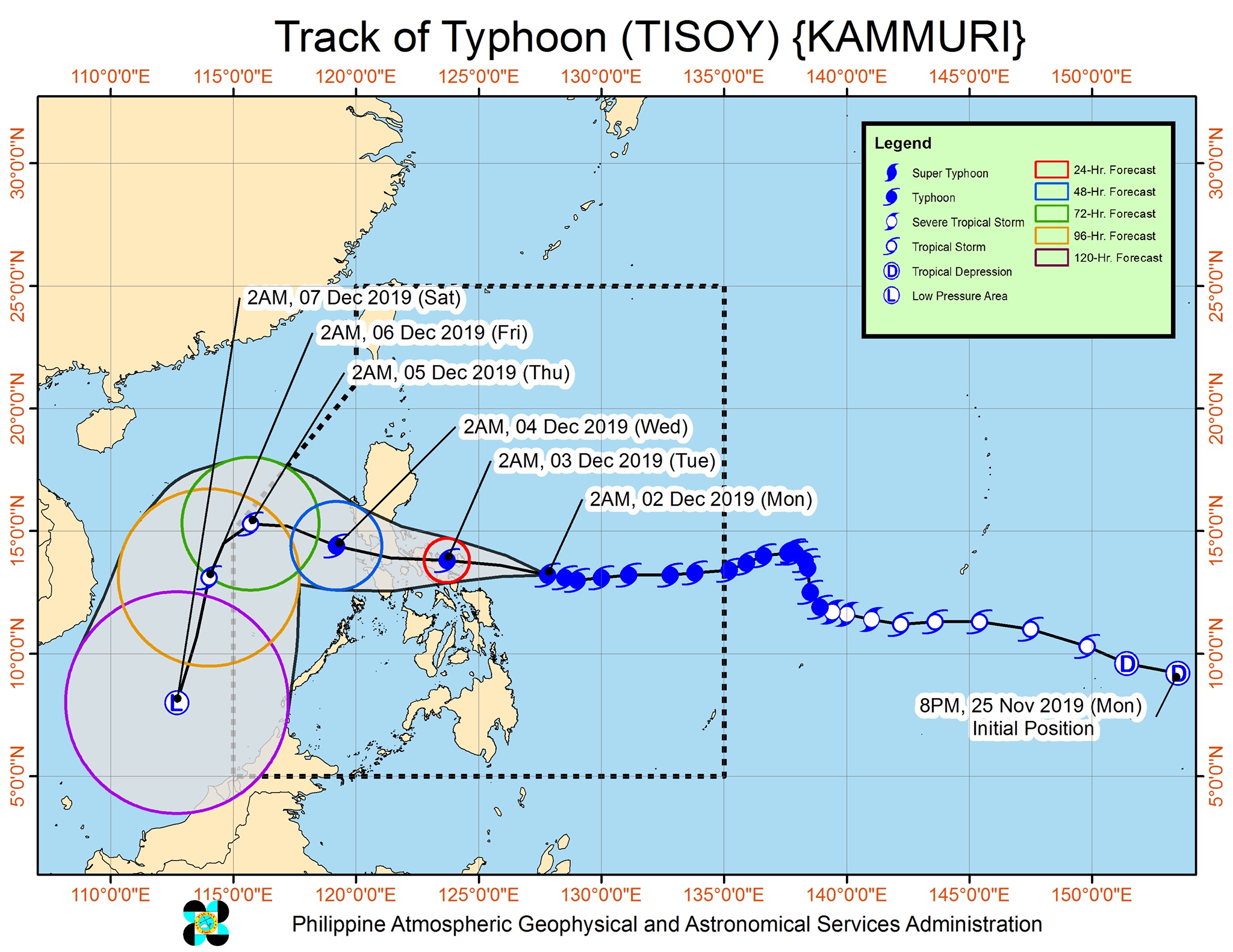