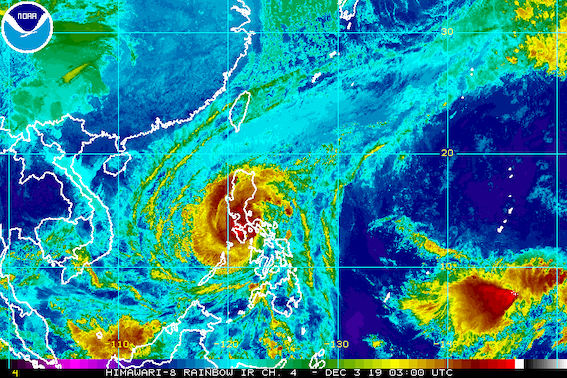 MANILA, Philippines – Typhoon Tisoy (Kammuri) is now moving toward the area of Batangas and the northern part of Oriental Mindoro, after making its 3rd landfall in Marinduque at 8:30 am on Tuesday, December 3.

In a briefing past 11 am on Tuesday, the Philippine Atmospheric, Geophysical, and Astronomical Services Administration (PAGASA) said Tisoy is already 55 kilometers east of Calapan City, Oriental Mindoro.

It is now moving west at a slightly faster 25 kilometers per hour (km/h) from the previous 20 km/h.

Tisoy has made landfall thrice, so far:

Tropical cyclone wind signals have been lifted in several areas, but many others still remain on the list. 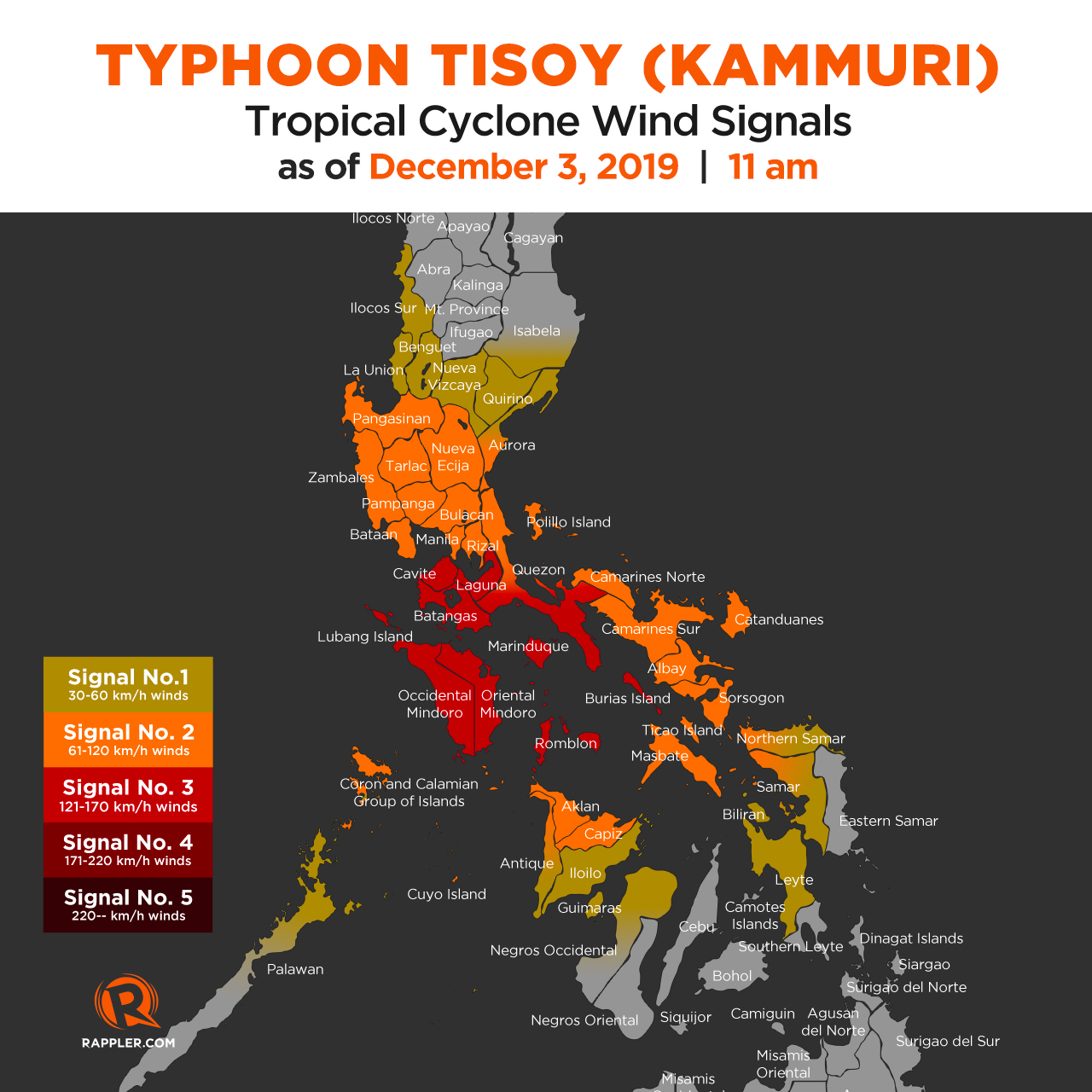 As for rainfall, here’s the latest on what to expect for the rest of Tuesday and on Wednesday, December 4:

Flooding and damage to property have been reported in Bicol. Other areas in the typhoon’s path may also experience floods as well as landslides. (READ: Typhoon Kammuri track may be like Glenda in 2014, Reming in 2006)

Storm surges are also possible in certain coastal areas of these provinces, based on PAGASA’s 8 am storm surge advisory:

The Philippine Coast Guard said there were at least 6,449 stranded passengers in Central Visayas, Southern Tagalog, Western Visayas, Bicol, Eastern Visayas, and Southern Visayas as of 4 am on Tuesday. 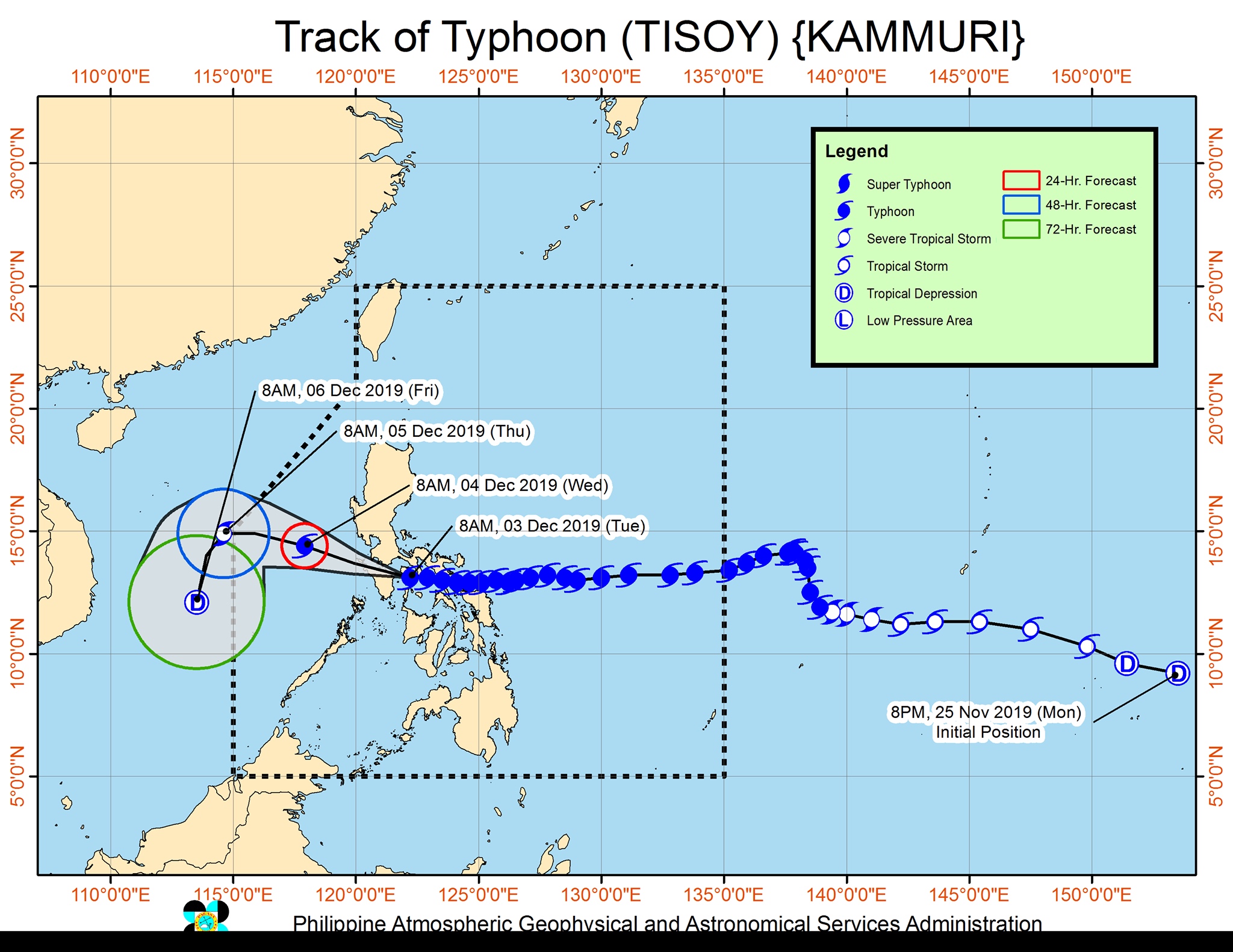