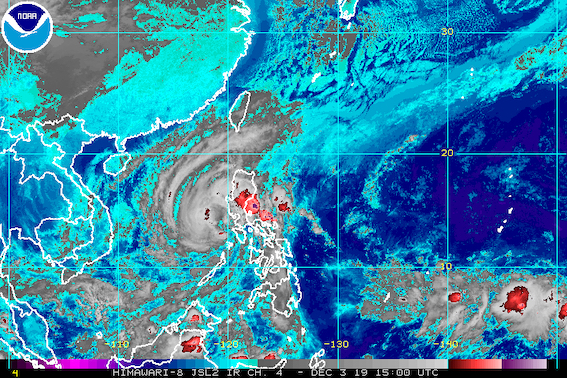 It slowed down and is now moving west northwest – away from the Philippines – at 15 kilometers per hour (km/h) from the previous 25 km/h.

Tisoy made landfall in the Philippines 4 times, bringing fierce winds and heavy rain.

Tisoy had battered the region of Bicol. In Albay, hundreds of families were left homeless, while the Legazpi City Domestic Airport sustained heavy damage.

Flooding and damage were also reported in Samar Island.

Over in Occidental Mindoro, an isolated island appealed for help.

Though the typhoon is moving away from the country, there are still areas under tropical cyclone wind signals. Check the latest list below. (READ: Why is it now called tropical cyclone ‘wind’ – and not ‘warning’ – signals?)

PAGASA said that aside from areas still under tropical cyclone wind signals, other parts of Northern Luzon, Central Luzon, Calabarzon, and Mimaropa may experience gusty conditions as well, but due to the northeast monsoon or hanging amihan.

In terms of rainfall, conditions are seen to gradually improve beginning Wednesday, December 4. This is the rainfall outlook for Wednesday:

Light to moderate rain (with intermittent heavy rainshowers) during thunderstorms

There could still be flash floods or landslides, however, during periods of heavy rain.

The Philippine Coast Guard said there were at least 7,290 stranded passengers in Central Visayas, Southern Tagalog, Western Visayas, Bicol, Eastern Visayas, and Southern Visayas as of 12 pm on Tuesday.

Hundreds of domestic and international flights to and from the Philippines have also been canceled due to Tisoy. In Metro Manila, the Ninoy Aquino International Airport was closed for 7 hours on Tuesday, then reopened earlier than scheduled for recovery flights.

Tisoy also disrupted some events of the 2019 Southeast Asian (SEA) Games, which were either held earlier or postponed. Organizers gave an assurance, however, that the SEA Games will not be extended.

Based on its latest forecast track, Tisoy is expected to leave the Philippine Area of Responsibility between Wednesday evening and Thursday morning, December 5. 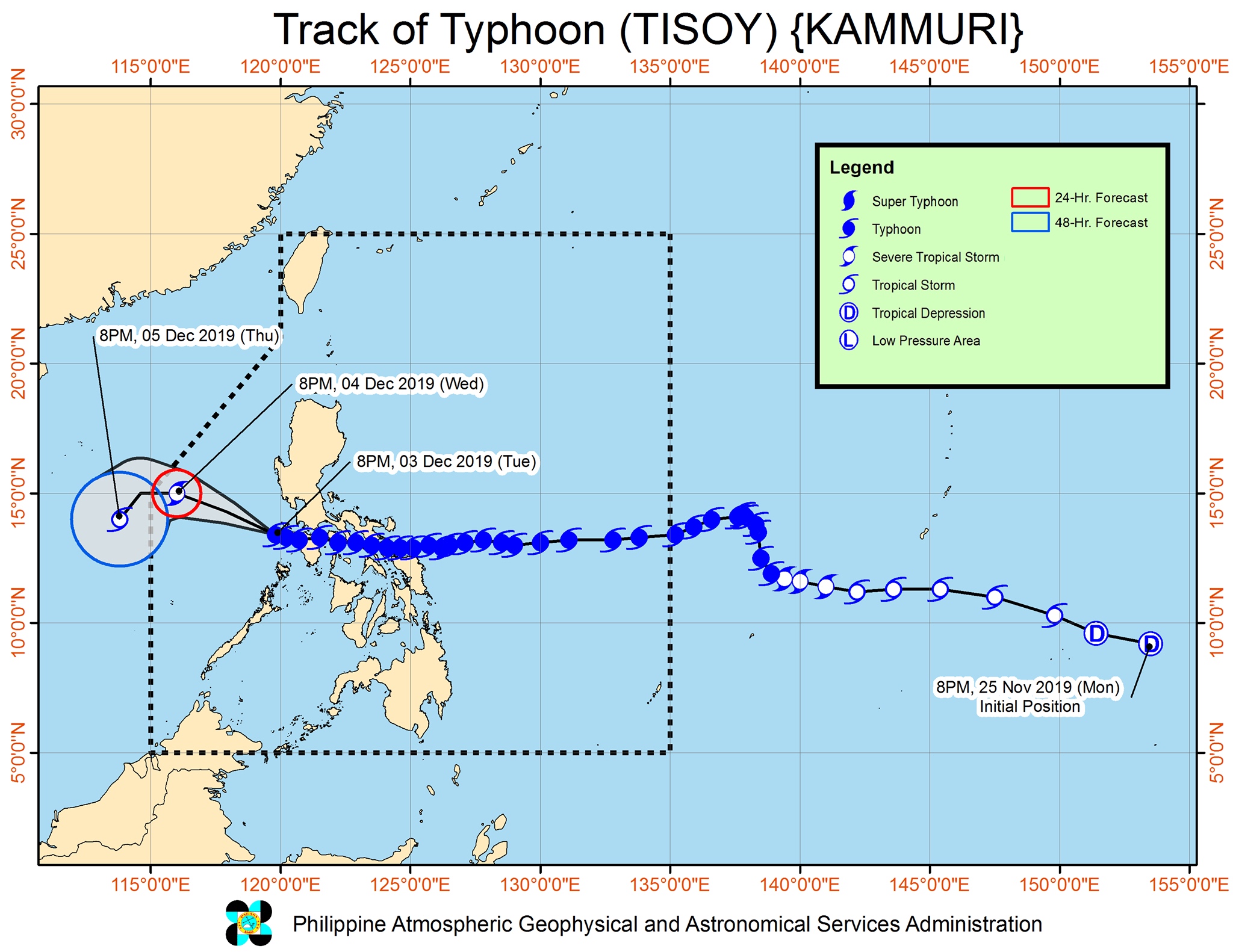