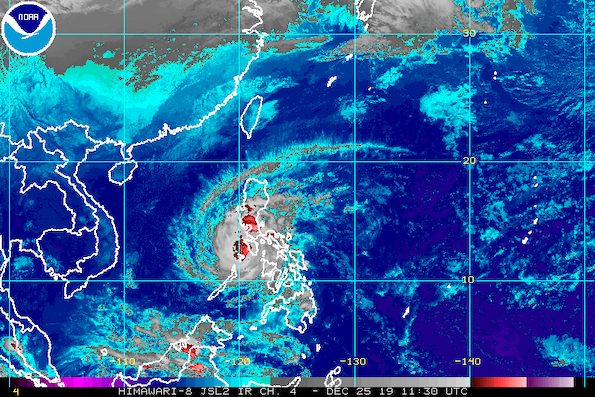 The typhoon continues to move west northwest at 20 kilometers per hour (km/h), still with maximum winds of 140 km/h and gustiness of up to 195 km/h.

Tropical cyclone wind signals have been lifted for Capiz as well as parts of Antique and Aklan. These areas are among the badly hit.

Aside from those places above, PAGASA issued a separate rainfall advisory at 8 pm on Wednesday, warning of light to heavy rain in:

There may also be storm surges 1 to 2 meters high in these areas:

Travel remains risky in the seaboards of areas under tropical cyclone wind signals.