May 14, 2020 8:55 PM PHT
Acor Arceo
Facebook Twitter Copy URL
Copied
Dozens of areas are under Signal Nos. 1, 2, and 3 as of 8 pm on Thursday, May 14, as Typhoon Ambo (Vongfong) continues to barrel through the island of Samar 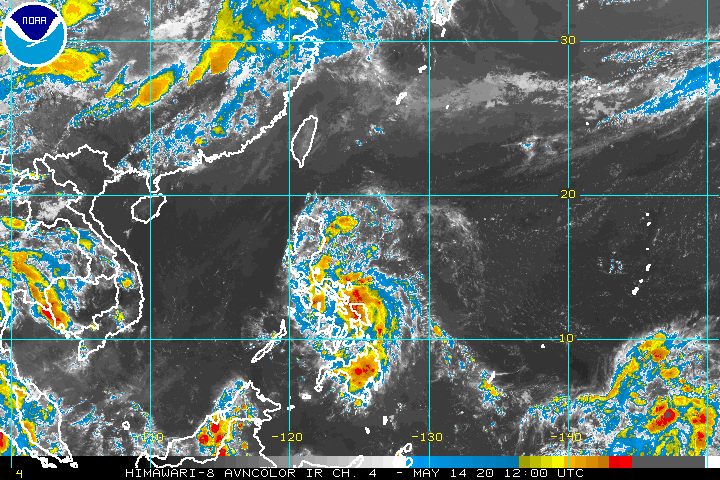 In a bulletin issued 8 pm on Thursday, the Philippine Atmospheric, Geophysical, and Astronomical Services Administration (PAGASA) said Ambo is already in the vicinity of Catarman, Northern Samar. It is still moving west at 15 kilometers per hour (km/h).

“The eyewall of Typhoon Ambo is bringing violent winds and heavy to intense rain over the western portion of Northern Samar,” PAGASA said.

Ambo earlier made landfall in San Policarpo, Eastern Samar, at 12:15 pm on Thursday. It then crossed over to Samar, and now Northern Samar. The 3 provinces make up the island of Samar.

The typhoon still has maximum winds of 155 km/h and gustiness of up to 255 km/h. (READ: FAST FACTS: Tropical cyclones, rainfall advisories)

Even more areas were included under tropical cyclone wind signals as of 8 pm on Thursday. Check the complete list below. (READ: Why is it now called tropical cyclone ‘wind’ – and not ‘warning’ – signals?)

The typhoon may also cause storm surges 2 to 4 meters high within 24 hours. These areas should be on alert for “potentially life-threatening coastal inundation”:

The Department of Agriculture, meanwhile, said in a virtual briefing on Thursday that 175,954 hectares of rice and 89,303 hectares of corn are at risk due to the typhoon. 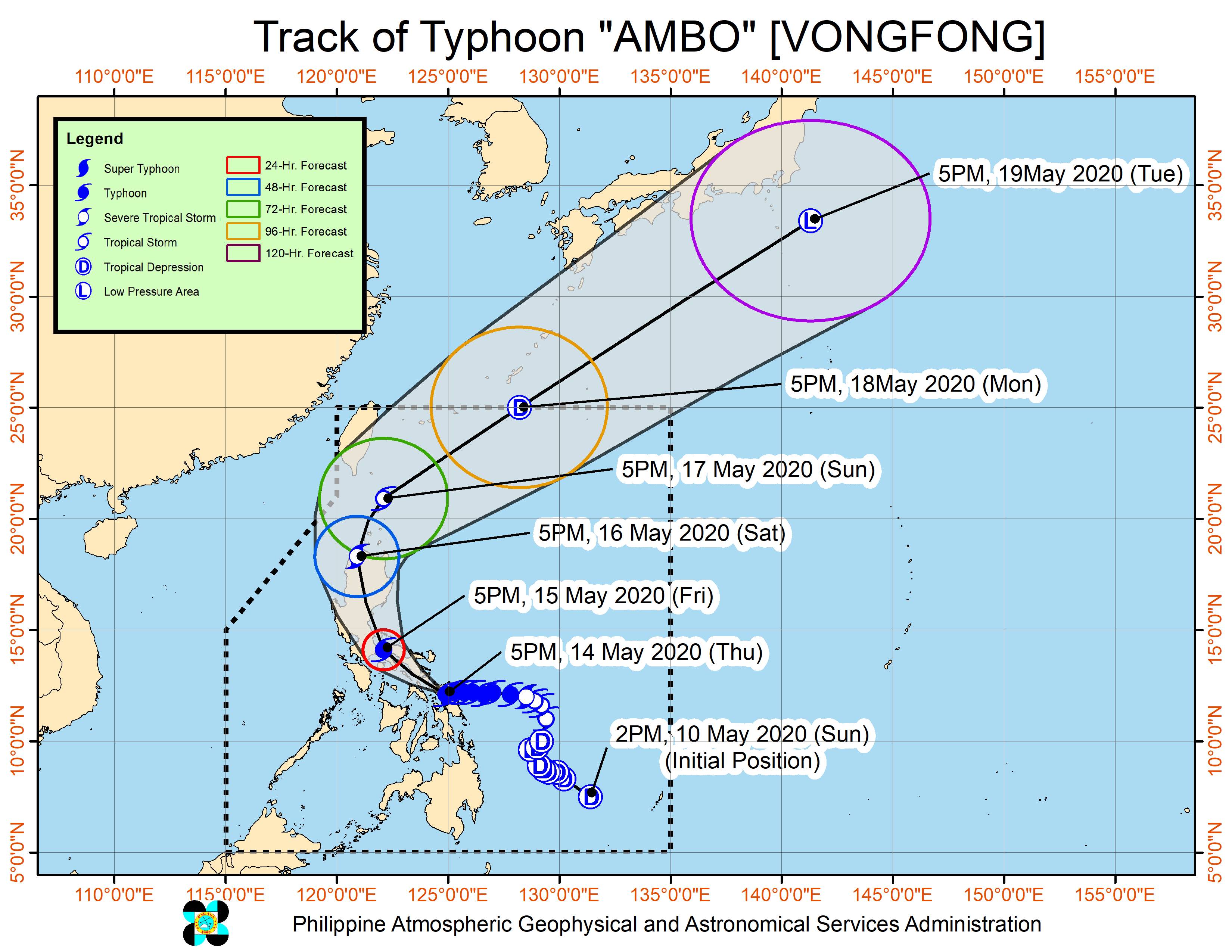