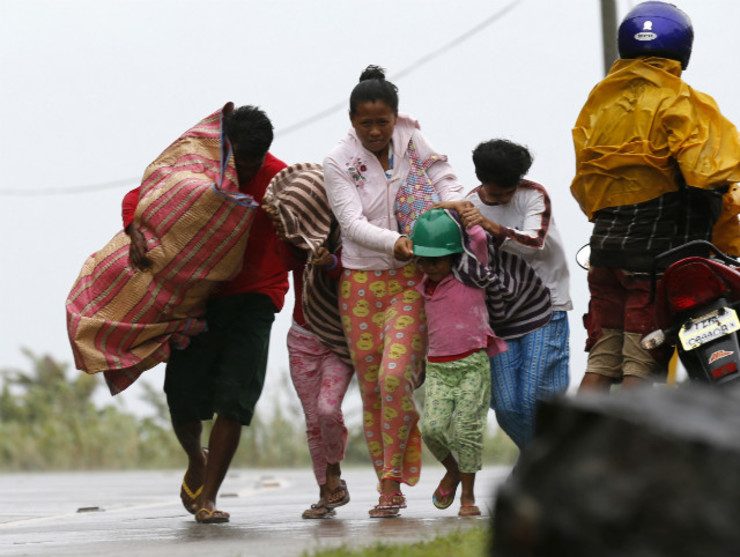 MANILA, Philippines (UPDATED) – Typhoon Ruby (Hagupit) slightly weakened hours before it is expected to make landfall in the vicinity of Masbate on Sunday morning, December 7, the state weather bureau said.

Ruby, which is moving west-northwest at 15 km/h, is expected to make a second landfall in the vicinity of Masbate at around 10 am on Sunday. The second landfall “will be associated with strong winds, storm surge of up to 3 meters, and heavy to torrential rainfall,” according to the state weather bureau. (READ: Masbate braces for second Ruby landfall)

Below is the list of areas placed under storm warning signals:

PAGASA will release its next bulletin at 11 am on Sunday. – Rappler.com