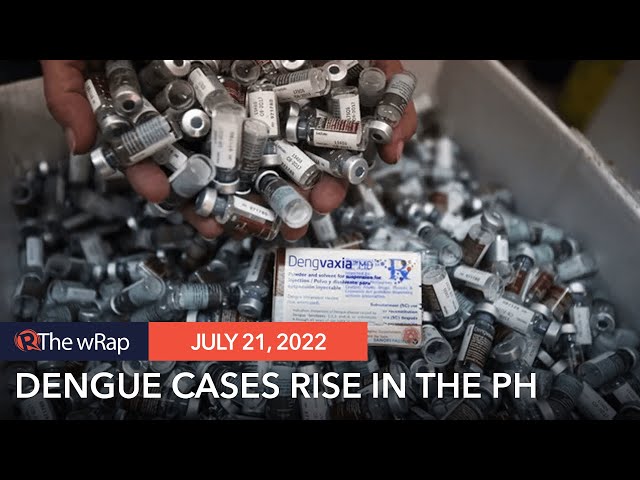 MANILA, Philippines – Dengue cases are on the rise again, with the Department of Health (DOH) reporting a 90% increase in infections during the first half of 2022 compared to the same period last year.

According to DOH data, 64,797 dengue cases were reported from January 1 to June 25. There were only 34,074 cases recorded during the same period last year.

The DOH also reported 274 deaths due to dengue this year.

In televised interview on Saturday, July 16, infectious disease specialist Dr. Rontgene Solante said the Philippine government should reconsider the use of Dengvaxia vaccine to tame the epidemic.

Solante, who is part of the country’s vaccine expert panel, said that neighboring countries like Singapore, Thailand, Indonesia, and Malaysia have already licensed the use of Dengvaxia.

“Here in the Philippines, where dengue cases are really very high, we don’t have this kind of preventive measure,” said Solante.

The government should review the data and also the benefits of the vaccine, which is prevention of severe dengue, he added.

Solante heads the adult infectious diseases and tropical medicine unit at San Lazaro Hospital, and is former president of the Philippine Society for Microbiology and Infectious Diseases.

The Philippines halted its dengue vaccination program in 2017 after an announcement by pharmaceutical company Sanofi Pasteur that Dengvaxia could cause severe dengue if given to those without prior exposure. Amid the controversy, Sanofi returned P1.16 billion to the DOH for unused doses of the vaccine.

In February 2019, the Philippine Food and Drug Administration revoked Dengvaxia’s certificate of product registration (CPR) although there are no concrete findings on the vaccine’s alleged link to the deaths of around 100 children.

Since the vaccine’s ban the Philippines has declared a national dengue epidemic, creating a new public health dilemma as the country still grapples with the COVID-19 pandemic. Manufacturers need to apply for registration

In a press briefing on Wednesday, July 20, Health Undersecretary Maria Rosario Vergeire said that manufacturers of Dengvaxia need to apply for CPR before they can re-enter the Philippines.

“In every technology, like vaccines and drugs, in order for a product to come in the country, manufacturers need to apply for a certificate of product registration, that’s the first process,“ she said. 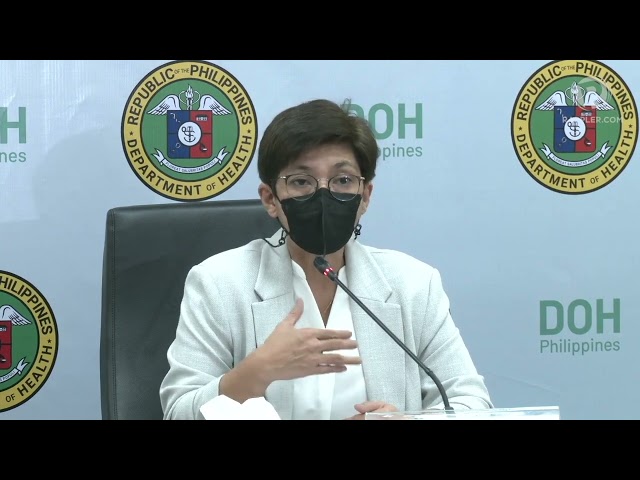 But while still waiting for applications by manufacturers, the DOH is already studying Dengvaxia and other dengue vaccines used by other countries.

(For now, what we’re doing is generating evidence from other countries, then we will convene our experts to get further evidences based on their scientific experience and expertise.)

“But up until magawa natin ang evaluation and thoroughly study this, hindi pa po tayo makakapag komento kung ito ay makakapasok o hindi. It will be up to the manufacturers as well kung makakapasok ito sa atin until they make the first step so we can evaluate the product,” Vergeire added.

(Until we’re able to do our evaluation and thoroughly study this, we cannot comment if it will re-enter or not. it will be up to the manufacturers as well on how they could enter the country until they make the first step so we can evaluate the product.)

Vergeire is the officer-in-charge of DOH until President Ferdinand Marcos Jr. names his health secretary.

How to protect yourself from dengue 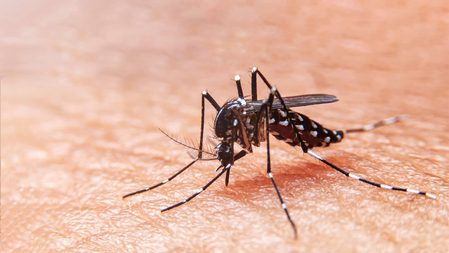