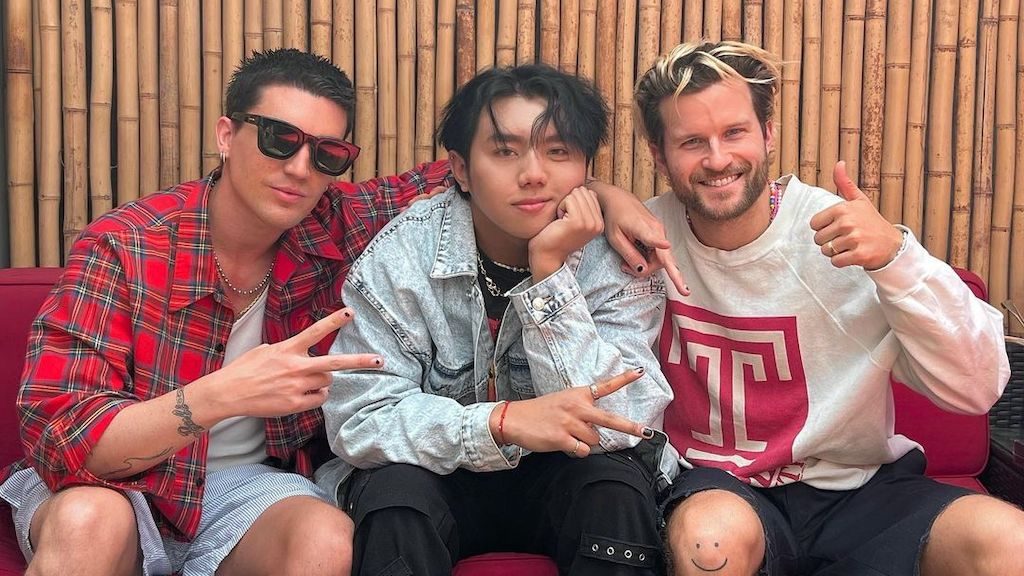 MEET-UP. Zack Tabudlo meets with LANY in the United States.

On Instagram on Thursday, May 12, the “Binibini” singer shared a photo with the band’s two members, Paul Klein and Jake Goss.

He didn’t say much in the caption, only tagging the band’s Instagram, and using the “shh” emoji.

Zack has mentioned in the past that LANY is one of his musical inspirations. He has also posted covers of their songs, including “Thru These Tears,” “Malibu Nights,” and most recently, “paper,” with Dia Mate.

Zack is currently on tour in the United States, where he has been performing in San Diego. He also held a sold-out show earlier in Los Angeles. His tour will continue until May 28, with stops in Las Vegas, San Francisco, DC Maryland, New York, and Jacksonville. – Rappler.com