To fix or to scrap the confirmation system? Facebook Twitter Copy URL
Copied
Among the proposals to reform the CA are to adopt the US model, to repeal the one-person veto, and to adopt a criteria for confirming and rejecting nominees

An insider sums up the flaws in the confirmation system, which renewed calls either to reform or to abolish the bicameral body that reviews the President’s picks for key posts: the Commission on Appointments (CA).

Lawmakers, nominees and observers agree that the system needs change following feedback that the delays, lack of clear guidelines, horse-trading and at times corruption in the process blunt the CA’s constitutional mandate to determine the competence, fitness and integrity of officials.

With the same assessment recurring in recent years, will the Commission finally act on proposed improvements or further diminish its own relevance?

Those who experienced the system’s hitches or just witnessed the political theater in confirmation hearings argue that a process that subjects top officials to humiliation and political pressure is unnecessary. Former Commission on Elections Commissioner Augusto Lagman wanted the CA abolished.

Inquirer columnist Conrado de Quiros agrees. “The whole notion of a group so utterly partisan, so utterly loyal to their principals or to their self-interests, so utterly rived by personal enmities, determining the fitness of people for their offices is so mind-bogglingly stupid.”

For all the CA’s warts, Vincent Lazatin of the Transparency and Accountability Network said that there is still a need for a mechanism to check the president’s appointing power, especially for constitutional commissions whose members can only be removed by impeachment.

After all, when done professionally, the confirmation process is able to weed out questionable choices like Aquino family friend Domingo Lee. In 2012, Lee asked the President to withdraw his nomination as ambassador to China after facing grilling at the CA for being unable to answer basic questions like “what is diplomacy?”

CA members also insist that the confirmation process remains an avenue for the public to indirectly evaluate high-level appointments by filing sworn oppositions, and testifying before hearings. 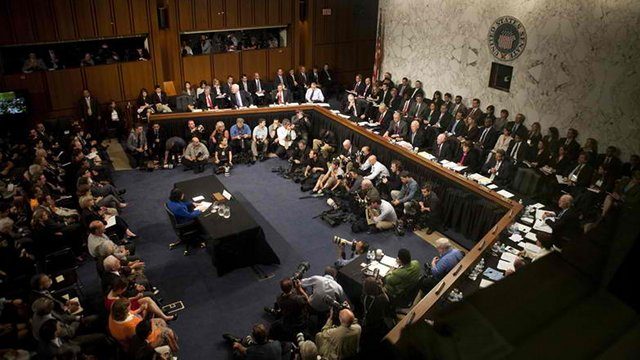 If not abolition, reforming the CA can be done in 3 ways: strictly following its internal rules, amending these guidelines, or changing the Constitution. There is no shortage of bills, resolutions and ideas to reform the CA.

Here are the top proposals, and the response of the leadership:

1. The triple bypass. CA Majority Leader and Ilocos Norte Representative Rodolfo Fariñas plans to file a motion to limit to 3 the number of times a nomination can be bypassed or unacted on at the end of session. After 3 tries, the proposed rule will force the Commission to vote to confirm or reject the nomination.

CA Chairman and Senate President Franklin Drilon told Rappler that he prefers this over the bill that his ally President Aquino III filed as senator prohibiting the president from reappointing a nominee after the official is bypassed thrice.

“That is the limitation on the power of the president to appoint, which is of doubtful constitutionality. I would endorse [the motion]. In fact, I was the one who proposed that,” Drilon said.

A former CA member who requested anonymity also suggested that there be a mandatory period to schedule hearings so the nomination does not get put off.

To him, a better alternative is to adopt the practice in the US confirmation system, where nominees cannot assume their posts and serve the length of their term without confirmation. “That will force everybody to telescope and we’ll probably have a hearing every 5 days or two days.”

Former finance secretary Margarito Teves supports the idea, adding that it will reduce horse-trading and speculation on why nominees are unconfirmed for years.

“There are certain positions that are sensitive to the international arena like the secretary of finance. If the secretary of finance is not confirmed for such a long time, that creates some discussions. So to avoid this, it’s better to be universal about this. That all secretaries have to go through the process first,” Teves said.

3. Limiting or repealing Section 20. The most controversial rule, Section 20 or the one-person veto, is most prone to be abused as an arbitrary delaying tactic. CA members are open to limiting its use once or twice, but Senator Miriam Defensor Santiago proposed that it be repealed altogether.

Senator Vicente “Tito” Sotto III is against removing it. “Section 20 is for the minority of the CA. If you are alone in objecting, what power do you have against 23 votes? They will ram it through. People wouldn’t want that, too. It’s better to have Section 20 than ram through the appointment of an undeserving nominee.” 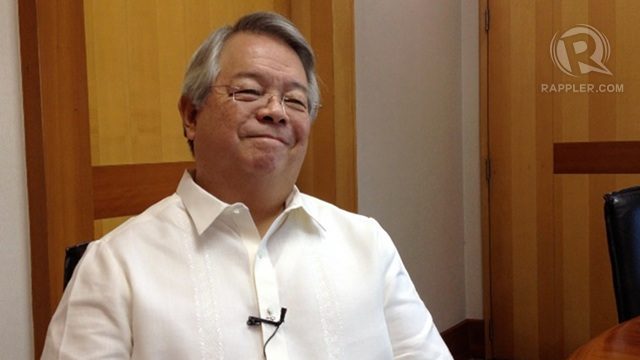 4. Criteria and written explanations. Lazatin proposed that the CA adopt a criteria or scorecard in assessing nominees “to push it out of the realm of political decisions.”

Former finance secretary Ramon del Rosario Jr said the criteria can be specific to particular positions like spelling out academic or professional requirements, or at least a standard for the basis of confirming or rejecting officials.

Lazatin added that the CA should do away with the voice vote. “It should definitely be on paper. All the members of the CA should be able to justify the way they approve or disapprove of any appointee. It is their constitutionally mandated duty to be accountable to the people and so how they vote on issues, on the Cabinet nominees, should be a matter of public record.”

5. Charter change. Other members want reforms requiring charter change. Senator Antonio Trillanes IV filed a resolution limiting the requirement of confirmation in the military to the Armed Forces Chief of Staff, and service commanders of the Army, Air Force, and Navy to insulate senior officers from politics and compromise.

Sotto wants to include the Philippine National Police chief and heads of the Customs and Internal Revenue bureaus in the confirmation process. Other nominees said the CA membership should be halved from 24 to 12 to make the body more efficient. Fr Joaquin Bernas SJ, one of the framers of the Constitution, expects debates on the CA to be contentious when the charter is amended. He said this was the same case in 1987, when the CA was restored as a reaction to the Marcos dictatorship when no institution checked the president’s discretion.

The CA dates back to the 1935 Constitution but the 1987 Constitution removed the judiciary from the confirmation process, instead creating the Judicial and Bar Council (JBC) to screen judges and justices.

Lazatin said the JBC was the attempt to create a non-political body to vet appointments. The JBC is composed of a representative of the Integrated Bar of the Philippines, a law professor, a retired Supreme Court justice, and a private sector representative as regular members, the justice secretary and a representative of Congress as ex-offico members, with the chief justice as head.

The President appoints the regular members of the JBC, with their nomination also subject to the CA process.

“If you look at the record of both the JBC and the CA, neither of them has a very good track record. The JBC has a terrible track record. It allowed for the appointment of someone like Renato Corona who was eventually impeached. So if we go with the suggestion to take [the vetting] out of the CA, well, we haven’t done well with a non-CA process either,” Lazatin said.

What then to make of the CA? Lazatin said it’s a matter of making the confirmation process more transparent and accountable.

“Because for the longest time, for example, the JBC didn’t reveal to the public how it voted. It was only because there’s public pressure from the outside that they eventually conceded. The same kind of public pressure has to be put on the CA.” Bernas said that in the end, the system can only be improved so much.

“Whatever dissatisfaction people might have with the Commission on Appointments or with the Judicial and Bar Council, how the two institutions can work or fail to work only shows that structures are not everything. It is people who make the difference.”

A former CA employee who refused to be named remembers the so-called Golden Age of the Senate where renowned statesmen discussed policy and ideology, and turned confirmation rooms into classrooms for observers.

“Reform the members. There is nothing wrong with the institution. Its mandate is not changed. It’s the quality of the legislators. They only know that it is a power play and they play it to the hilt. Of course, it’s power play but do it correctly. Elicit something good from this exercise. After all, it’s checks and balances.”

Lazatin said civil society groups, the media and the public have a role to play in monitoring the process, especially for crucial and contentious appointments, and ultimately in choosing the leaders who sit on bodies like the CA.

“This is the single most powerful tool at a voter’s disposal, their vote. If they keep reelecting the same people over and over again, we get the government we deserve.”

Whether change comes through abolition, reform, or better elections, insiders said only one thing is certain about the Commission: the status quo can no longer continue. – Rappler.com