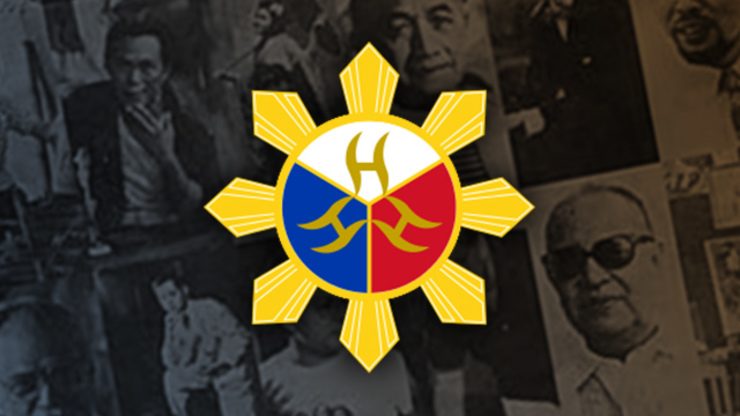 Facebook Twitter Copy URL
Copied
Since the creation of the awards in 1972, almost all presidents have bypassed the recommendation of the NCCA-CCP and favored some personalities over nominees

MANILA, Philippines – Even the National Artist awards are not spared from politics and controversies.

The latest controversy is the reported exclusion of actress Nora Aunor from the final list of honorees this year. She was originally among those shortlisted for the honor, but was disregarded in the end. (READ: New set of National Artists revealed, Nora Aunor not part of list)

President Benigno Aquino III has not issued a statement about why Aunor was left out of the final list of honorees, but netizens and fans are speculating that her previous run-in with the law in the US might have been a factor.

Based on the guidelines on naming National Artists, the president confirms and proclaims who the awardees will be. The president chooses from a shortlist provided by the National Commission for Culture and the Arts (NCCA) and the Cultural Center of the Philippines (CCP).

It’s not the first time that a president has turned down a recommendation by the NCCA-CCP. In 2009, former president Gloria Macapagal-Arroyo dropped musician Ramon Santos from the line-up of 4 nominees submitted to her. Santos was eventually named a national artist this year by Aquino.

The most controversial aspect of conferring this award is the reported name insertion – committed by former presidents themselves – in the final list of honorees.

Newsbreak reported in 2009 that since the creation of the awards in 1972, almost all presidents, except for Corazon Aquino, have bypassed the recommendations of the NCCA-CCP and favored some personalities instead.

1982: During the time when a circle of advisers was consulted on who should be named National Artists, former president Ferdinand Marcos insisted on having a say in the selection. He wanted the award for Carlos P. Romulo (for literature) and got his wish.

1997: Then president Fidel V. Ramos created a new category – historical literature – to accommodate biographer Carlos Quirino, who was eliminated as early as the first stage of the selection process. Quirino’s children reportedly lobbied for his inclusion by sending the president a letter that mentioned how Ramos and Quirino knew each other personally.

1999: Former president Joseph Estrada named his good friend Ernani Cuenco as National Artist for Music even before the NCCA-CCP could submit to him the list of awardees, which did not include Cuenco. This resulted in the proclamation for Cuenco bearing a date earlier than the proclamations for the other awardees.

2003: Arroyo named writer Alejandro Roces a National Artist for Literature in 2003 even though he was eliminated from the first round of selection. Roces was education secretary of the late President Diosdado Macapagal, the incumbent’s father. He was even fired as chair of the Movie and Television Review and Classification Board during Arroyo’s time, yet was given the National Artist Award.

2006: Arroyo conferred the award on the late Senator Francisco “Soc” Rodrigo (for writing poetry and translating plays) and sculptor and painter Abdulmari Asia Imao as a form of “political accomodation.” Rodrigo was Macapagal’s contemporary as an anti-Marcos politician, and his daughter was Arroyo’s high school best friend and correspondence secretary in Malacañang. Imao, on the other hand, was conferred the award after Malacañang was flooded by petitions and endorsements mostly from Mindanao. Between the two, only Imao was given the award in the end.

2009: Arroyo named as National Artists filmmaker Carlo Magno Jose Caparas, theater stalwart Cecile Guidote-Alvarez, architect Francisco “Bobby” Mañosa, and fashion designer Jose “Pitoy” Moreno – all not part of the shortlist given by the NCCA-CCP. Of the 4, the choices of Caparas and Alvarez were the more controversial ones. None of them were conferred the award in the end.

(Read: And Then There Were Five and ‘Nat’l Artist insertions worst under Arroyo’)

Newsbreak reported that Malacañang apparently exploited the absence of an explicit prohibition for adding names to the list.

Section 7.7 of the revised criteria and guidelines of the National Artist Award states: “The list of honorees shall be submitted to the President of the Philippines for confirmation, proclamation, and conferral.” This line implicitly allows the president to subtract names from the list, and does not prohibit the addition of names.

Journalist Joselito Zulueta, chair of the NCCA’s national committee on literary arts, also told Newsbreak that it’s not only the president that politicizes the awards.

He revealed that the selection process itself is open to the lobbying of interested parties who have connections with the offices or people involved in the selection of honorees. (READ: Politics and Arts)

Various groups and personalities have suggested reforms in the selection process, such as the early announcement of names before submission to Malacañang, or the amendment of the law on the conferment of the awards. – Rappler.com