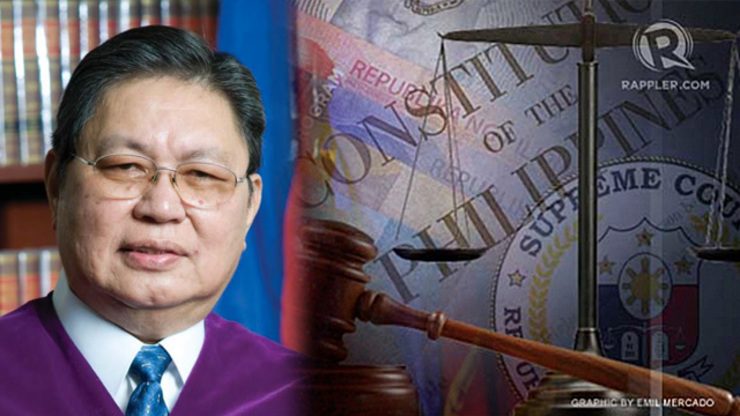 Their opinions added more context to the Court’s unanimous decision that declare unconstitutional some parts of the program, meant to address government underspending and stimulate economic growth by realigning unused funds to fast-disbursing ones. (READ: Understanding the SC ruling on the DAP)

We earlier published the highlights of the opinion written by Carpio, the most senior magistrate in the High Court. We’re also featuring the separate opinion of Brion, who was perhaps the most emphatic in saying that the Court cannot presume good faith in the application of the operative fact doctine.

He was very pointed when he wrote that given the evidence shown them, the actions of Budget Secretary Florencio “Butch” Abad appear to “negate the presumption of good faith that he would otherwise enjoy in an assessment of his perfomance of duty.” Brion also wrote that there are “indicators” showing that the Budget Secretary “might have established the DAP knowingly aware that it is tainted with unconstitutionality.”

Still referring to Abad, he specified, “As a lawyer and with at least 12 years of experience behind him as a congressman who was even the Chairman of the House Appropriations Committee, it is inconceivable that he did not know the illegality or unconstitutionality that tainted his brainchild….Armed with all these knowledge, it is not hard to believe that he can run circles around the budget and its processes and did, in fact, purposely use this knowledge for the administration’s objective of gathering the very sizeable funds collected under the DAP.”

Brion concurred with the Court’s decision, and explained further why the DAP is unconstitutional and why it needs to be struck down. Here are highlights of Brion’s 62-page separate concurring opinion:

1. The principles of checks and balances, and the separation of powers integrated in the budgetary process

Brion said the 1987 Constitution describes the budgetary process as embodying the “general principle of separation of powers and checks and balances under which the Legislative, the Executive, and the Judiciary operate.” The Constitution sets specific limits for each branch: Congress is granted the power of appropriations, while the Executive is granted the power to implement the programs funded by these appropriations.

For Brion, the DAP violates the principles of separation of powers, and checks and balances for 2 reasons: (1) the DAP pools funds that can’t be classified as savings, and (2) it uses these funds to finance projects outside the Executive, or for projects with no appropriation cover.

“By facilitating the use of funds not classified as savings to finance items other than for which they have been appropriated, the DAP in effect allowed the President to circumvent the constitutional budgetary process and to veto items of the GAA without subjecting them to the 2/3 overriding veto that Congress is empowered to exercise,” he wrote.

2. The prohibition against the transfer of appropriations

Brion pointed out that the Constitution offers an exemption on its rule on the transfer of appropriations:

However, he magnified the catch in this exemption: “a transfer of appropriations may only be exercised if Congress authorizes it by law.”

3. The special conditions for the release of the Unprogrammed Fund in the 2011 and 2012 GAAs

Brion agrees that the DAP facilitated the unlawful release of the Unprogrammed Fund in the 2011 and 2012 GAAs, based on the Special Provision No. 1 that is mentioned in both GAAs:

Release of Fund. The amounts authorized herein shall be released only when the revenue collections exceed the original revenue targets submitted by the President of the Philippines to Congress pursuant to Section 22, Article VII of the Constitution.

A supporting provision follows the main provision above:

PROVIDED, That collections arising from sources not considered in the aforesaid original revenue targets may be used to cover releases from appropriations in this Fund

4. The application of operative fact doctrine in the DAP

Brion said the operative fact doctrine doesn’t always apply to cases that deal with constitutional invalidity. He explained that it can only be invoked when “the nullification of the effects of what used to be a valid law would result in inequity and injustice.”

This is why the operative fact doctrine can only be applied to programs, projects and works that can no longer be undone, as its beneficiaries “relied in good faith on the validity of the DAP.”

As for the authors, proponents, and implementors of the DAP, they are not covered by the doctrine because “their link to the DAP was merely to establish and implement the terms that we now find unconstitutional.” Brion said, “The matter of their good faith in the performance of duty (or its absence) and their liability therefor, if any, can be made only by the proper tribunals, not by this Court in the present case.”

Brion also clarified some of the claims raised by the respondents:

Brion said the respondents claim that allegations presented against DAP failed to make a case of grave abuse of discretion, as they are based mostly on mere news reports. He, however, said that these news reports contain quotes from respondents themselves, as well as DBM documents that even prove the allegations. “All of these cumulatively and sufficiently lead to a prima facie case of grave abuse of discretion by the Executive in the handling of public funds.”

Brion said the respondents have denied the existence of an actual case against them, since the Commission on Audit (COA) “has yet to render its audit findings to determine whether the DAP-funded projects identified in the petitions are lawful or not, thus showing that the petitions may be premature.” He, however, countered that while the COA rules on the regularity of an item in government expenses, the agency can’t rule on the constitutionality that made the expenditure possible. “This issue remains for the courts, not for the COA, to decide upon,” he wrote. – Rappler.com