Jul 31, 2014 7:54 PM PHT
Aries Rufo
Facebook Twitter Copy URL
Copied
The SC’s transfer of savings to a project not listed in its budget is 'a clear violation of its own ruling,' a Budget official points out 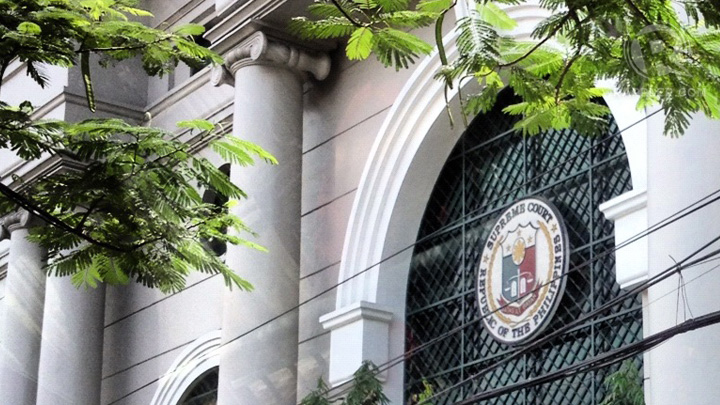 MANILA, Philippines – The Supreme Court may have violated budgeting procedures and the Constitution when it allocated some P1.87 billion (US$43 million)* of its savings to the construction of the Manila Hall of Justice (HOJ).

On July 17, 2012, the en banc issued a resolution diverting P2.383 billion ($54.74 million) of its savings for the construction of the Manila HOJ, Cebu Court of Appeals (CA) building and the Cagayan de Oro CA building.

At the time, the acting chief justice was senior Justice Antonio Carpio. On August 22, Carpio led the ground-breaking ceremony of the Manila HOJ which was to be built on the abandoned Government Service Insurance System building.

“The Manila HOJ will not only be stately and imposing, it will be the biggest, most modern and most equipped HOJ in the country, bar none,” Carpio said at the time. Carpio, the most senior of the justices, was eventually bypassed for the Chief Justice post by President Aquino over newly-appointed Justice Maria Lourdes Sereno.

Carpio said the P1.87 billion is already parked at Landbank “exclusively to construct the Manila HOJ” supported by an en banc resolution. Rappler learned that bidding for the Manila HOJ is about to commence.

But the joke may be on the justices.

A Department of Budget and Management official pointed out that the allocation of the judiciary’s savings for the Manila HOJ may not be legally tenable on two grounds:

It has no authority to construct a hall of justice for 2012 since this was not specified in its budget. For that fiscal year the construction of HOJs was lodged with the Department of Justice, an executive branch, based on an administrative order issued by former president Corazon Aquino.

Did the justices go beyond budgeting procedure and the separation of powers among the co-equal branches of government by transferring its savings to a non-existent item in its budget and bypassed Congress as a result?

In his concurring opinion junking the controversial Disbursement Acceleration Program (DAP), Justice Arturo Brion stated that “a transfer of appropriations may only be exercised if Congress authorizes it by law.”

Two requisites must be satisfied to make the transfer valid:

On the second point, Brion further explained: “Where there are no appropriations for capital outlay in a specific agency or program, for example, savings cannot be used to buy capital equipment for that program. Neither can savings be used to fund the hiring of personnel, where a program’s appropriation does not specify an item for personnel services.” (READ: Highlights: Brion’s separate opinion on the DAP)

In his separate concurring opinion, Carpio echoed Brion’s point. Citing the Sanchez v. Commission on Audit case, Carpio said two requirements for a valid transfer of appropriations must be met: “The existence of savings, and the existence in the appropriations law of the item, project or activity to be augmented from savings.” (READ: Highlights: Carpio’s separate opinion on DAP)

Simply put, savings can only be legally used for a programmed item listed in the budget.

No item in judiciary budget

And here lies the problem with the judiciary.

The funding and construction of HOJs was not listed in the Supreme Court’s budget under the 2012 General Appropriations Act (GAA) and thus, such project could not be legally financed or augmented from the SC savings.

“For the SC to have used such savings (in 2012) for the Manila HOJ would have been augmentation without appropriation cover, which, according to their ruling, is a constitutional violation,” a Budget official who requested anonymity said.

While the SC for that year had an allocation of P156 million ($35,828.36) for capital outlay or expenditure (which, by definition, may include the construction of buildings), the 2012 GAA however restricted its use to only “office equipment, furniture and fixtures.”

Against the backdrop of the DAP ruling, the SC’s transfer of its savings to a project not listed in its budget is “a clear violation of its own ruling,” the Budget official pointed out.

In the SC’s 2013 budget, an allocation of P1 million was set aside for “the construction/repair/rehabilitation” of Halls of Justice.

As the budget official explained, this line item now gave the SC legal cover to augment the construction of halls of justice from its savings.

Another problematic area for the justices over the Manila HOJ project is that only the DOJ, through its Justice System Infrastructure Program (JUSIP), is tasked to oversee the construction of halls of justice.

The SC has said the Constitution authorizes the executive, for example, to augment funds within the executive branch only. These transfers can involve savings transferred from one budget item to another, provided the items already exist in the budget and fall within the same branch of government.

In funding the Manila HOJ from its savings, the SC may have usurped a function of the DOJ, too.

In 1988, President Corazon Aquino issued Administrative Order 99, creating an inter-agency committee headed by the Secretary of Justice, with the Secretaries of Public Works and Highways and Local Government as members, to implement the infrastructure program of the judiciary. Specifically, it was tasked with the “construction and/or rehabilitation of court buildings and offices of Fiscals, Citizens Attorneys and Probation Officers.”

Based on AO 99, appropriations to build court houses and offices of DOJ personnel were to be parked under the DOJ budget. But why is this responsibility lodged with the DOJ and not with the SC?

Court insiders said that given the continuing need for renovation of the courts, the Judiciary should be given full powers over funds intended for the construction of halls of justice. Lodging these with the DOJ grants the executive control over the judiciary, the insiders said.

But the Budget official however said this is purely for budgetary reasons. Being part of a constitutionally fiscally autonomous group, the budget of the judiciary cannot be decreased. And because “capital outlay” or building construction is not seen to be a recurring item in the budget, it would be a waste of funds to lodge these funds with the judiciary itself.

Court insiders, however, insist that if the legislative and executive branches of government have full control over their construction budgets, why shouldn’t the judiciary have it too? – Rappler.com