Constitutional bodies agree on stricter use of savings

Aug 4, 2014 8:00 AM PHT
Aries Rufo
Facebook Twitter Copy URL
Copied
Fiscal autonomy has allowed the judiciary and the constitutional offices to be more creative in the use of their funds in the annual budget. After DAP, they rethink policies on savings. 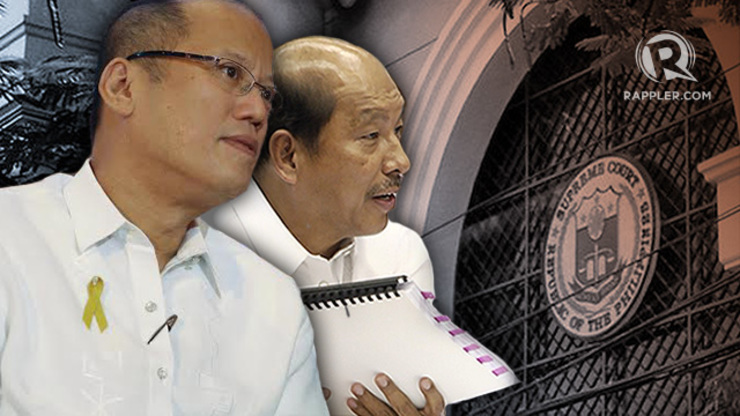 MANILA, Philippines – Constitutional bodies like the Supreme Court which enjoy fiscal autonomy, have agreed on a stricter use of their savings – apparently a result of the controversy involving the executive’s special spending scheme, the Disbursement Acceleration Program (DAP).

A court insider, who refused to be identified, said all constitutional bodies had forged an agreement to stop the practice of accumulating savings from previous budgets which allowed them to use the savings for other intended purposes.

The issue of savings is at the core of the controversy in the DAP case.

In its DAP ruling, the Tribunal ruled unconstitutional the government’s withdrawal of funds from implementing agencies and declaring them as savings prior to the end of the fiscal year.

The SC also reminded the executive branch that such savings should be reverted back to the National Treasury at the end of the fiscal year.

“The reversion to the General Funds of savings that are not realigned at the end of the year applies only to executive offices that do not enjoy constitutional fiscal autonomy,” the court insider explained.

To guarantee the separation of powers and independence from the two political branches of government, Article VIII, Section 3 of the Constitution vests the judiciary with fiscal autonomy. The charter also states that: “Appropriations for the Judiciary may not be reduced by the legislature below the amount appropriated for the previous year and, after approval, shall be automatically and regularly released.”

For constitutional offices, Article IX, Section of the  Constitution states that they too shall “enjoy fiscal autonomy. Their approved annual appropriations should be automatically and regularly released.”

In previous rulings and resolutions, the Court defined the principle of fiscal autonomy as full flexibility and independence on where to allocate and use resources. It is also “freedom from outside control,” as the Court said, in its resolution dated July 31, 2012 on an administrative matter concerning COA and several retired justices.

To illustrate: “If the Supreme Court says it needs 100 typewriters but DBM (Department of Budget and Management) rules we need only 10 typewriters and sends its recommendations to Congress without even informing us, the autonomy given by the Constitution becomes an empty and illusory platitude.”

The SC has sought to tightly protect its fiscal independence, with the SC striking down any attempt to trifle with it.

One such case involved President Corazon Aquino when she vetoed several provisions in the 1992 General Appropriations Act related to the adjustment in the pension payment for retired justices. The Court set aside the veto saying it was “tantamount to dictating to the Judiciary how its funds should be utilized, which is clearly repugnant to fiscal autonomy.”

To be sure, fiscal autonomy has allowed the judiciary and the constitutional offices to be more creative in the use of their funds in the annual budget.

Most often, with total control over their budget, they are able to generate savings which they normally use to augment the year-end bonuses of their employees. But sometimes, such absolute control over the budget can lead to abuse.

In the case of the SC, it was able to generate savings of P3.19 billion (US$73.3 million)* from prior years’ budgets – P2.383 billion ($54.74 million) of which the justices had “earmarked” in 2012 for the construction of the Manila Hall of Justice, Cebu Court of Appeals (CA) building, and Cagayan de Oro CA building.

A DBM source said the SC might have contravened budget rules when it allocated its savings for projects that are not itemized in its budget for that fiscal year. Since the construction of the Manila Hall of Justice, the Cebu CA building and the Cagayan de Oro CA building was absent in its budget list for 2012, the funding allocation for these projects for that year was not justified. (READ: Did SC flout budget procedures?)

But a court insider argued that the savings were only “earmarked” and not essentially realigned since there was no item in the SC that would have authorized the transfer of the funds for the Manila Hall of Justice and the CA buildings.

“To earmark is a preliminary step before actual realignment. In short, the en banc, for planning purposes, intended to use the (P2.383 billion) for the halls of justice, with the actual realignment to take place when an item for capital outlay is placed in the SC budget,” the SC source said.

In 2013, while the annual budget was being deliberated on by Congress, the SC requested that an item for the construction of halls of justice be put as an item in the SC’s capital outlay. (Based on the 2013 SC budget, this amounted to P1 million). This allowed Chief Justice Maria Lourdes Sereno, who has the sole authority to realign the SC budget, to formally set aside the savings for the halls of justice, the SC insider said.

“The entire (P2.383 billion was) realigned in 2013 to the Halls of Justice, so they cannot be used except for that purpose,” the SC source said.

Even before the DAP, the executive and the judiciary had clashed over the budget.

In an official statement released at the time, Abad said the move was meant “to correct an irregular practice in the past that has been the source of diversion and ‘conversion’ of public funds.”

Abad pointed out that while “certain institutions have fiscal autonomy so they could effectively serve the people,” it has spawned a practice where offices that enjoy fiscal autonomy continuously receive budgets even for unfilled positions. The resulting savings are then “distributed as bonuses to incumbent officials and employees.”

The unfilled  positions have allowed the constitutional offices to accumulate savings on a yearly basis. And since they have fiscal autonomy, in theory, they can do whatever they want with the savings.

And here lies the conundrum: what budget rules apply to the SC and other constitutional offices? That depends on how they interpret the use of their own budget.

For instance, in 1999, the CFAG adopted a joint resolution stating that their unspent funds would be treated as valid appropriation until they are fully spent. In effect, this prevented their savings from being reverted back to the National Treasury.

With the DAP case however, they were forced to review this practice. – Rappler.com