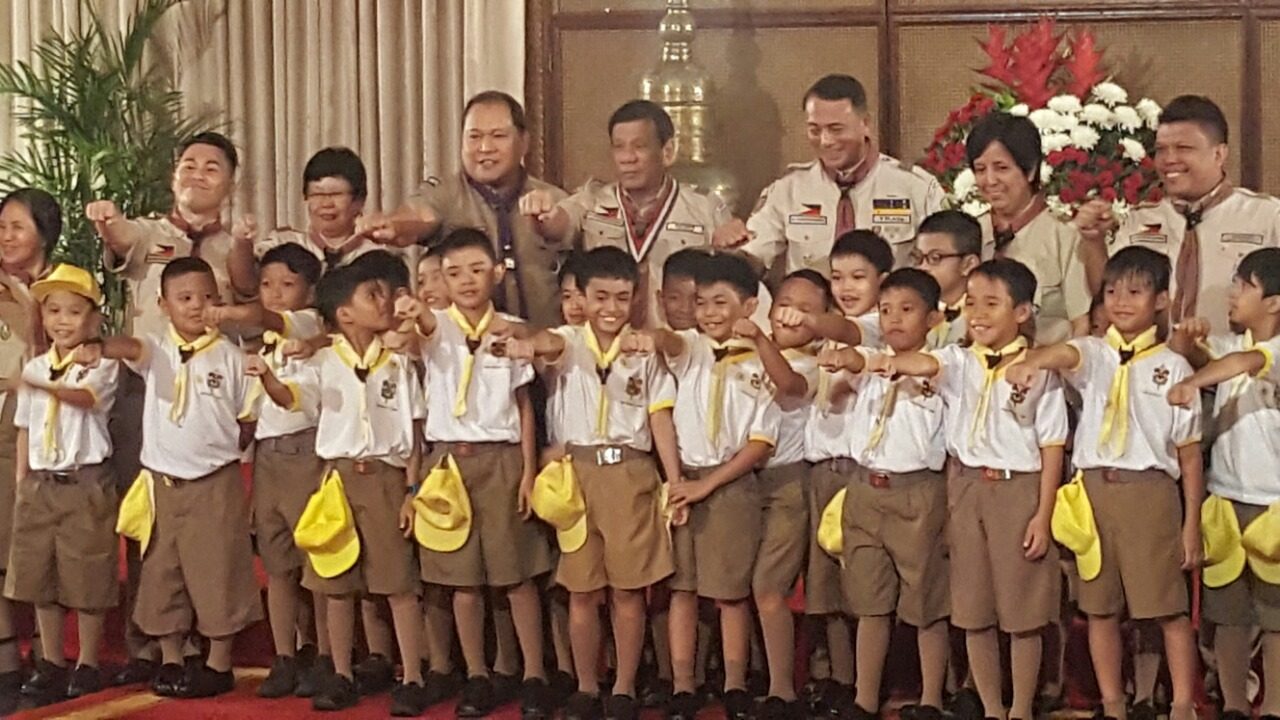 Facebook Twitter Copy URL
Copied
The President's remarks before the boy scouts show he wasn't aware the Pangilinan Law was amended in 2013, allowing child offenders aged 12 to 15 to be detained in youth centers

MANILA, Philippines – President Rodrigo Duterte on Monday, April 3, told an audience of mostly 4- to 10-year-old boys that he wants to lower the minimum age of criminal liability from 15 years old to 9, just as he promised during his campaign.

He said children below 15 years old could just “go home” with their mothers even after committing serious offenses like murder, rape, or robbery. (READ: Beyond juvenile delinquency: Why children break the law)

“I am so sad about the passage of the Juvenile Offenders Act (sic) and he (Pangilinan) brought [up] the age [of criminal responsibility] to 15. Whatever you do, even if you kill, rape, or steal or rape with homicide, when your mother comes, you go home,” said Duterte, referring to Liberal Party president and Senator Francis Pangilinan, the principal author of the law passed in 2006.

“[Pangilinan] was too in a hurry, pinalusot niya ‘yun (he let it through). That’s why we produce about 5, 6 generations of people who committed crimes and released on the same day irrespective of the gravity of the offense,” he said.

The President’s comments were misinformed.

Contrary to the President’s claim, children below 15 years old who commit murder, homicide, rape, or robbery with homicide, among others, cannot just get off the hook.

RA 10630 allows child offenders 12 to 15 years old to be detained in youth centers or Bahay Pag-Asa (Houses of Hope) for serious crimes. Local government units are mandated to build such centers. (READ: When ‘Houses of Hope’ fail children in conflict with the law)

Classified as serious crimes are “parricide, murder, infanticide, kidnapping and serious illegal detention where the victim is killed or raped, robbery, with homicide or rape, destructive arson, rape, carnapping where the driver or occupant is killed or raped,” and drug offenses.

The law also provides that a child above 15 years old but below 18 years old shall be exempt from criminal liability and be placed in an intervention program, unless he or she has acted with discernment.

These minors are also not exempt from civil liabilities “in accordance with existing laws.” – Rappler.com