Sep 28, 2018 12:00 PM PHT
Rappler.com
Facebook Twitter Copy URL
Copied
This is a resurfaced claim from 2017. The US ambassador didn't say “we must give Duterte space to run the nation.” 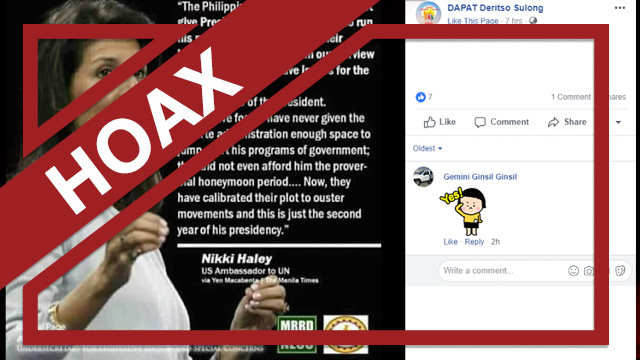 Claim: US Ambassador to the UN* Nikki Haley said ‘the Philippines is suffocating’ and ‘we must give Duterte space to run the nation.’

The claim was previously posted on September 16, 2017 by aljazeeranews-tv.com, a now-defunct website that mimicked newsgroup Al Jazeera.

The facts: This is an old hoax. Haley did not make such statement.

US embassy press attaché Molly Koscina previously said that the speech by Haley, supposedly quoted in the repot, “was never made.”

In the United States Mission to the United Nations website, Haley’s latest remark was on September 24 during the “High-Level Event on the Global Call to Action on the World Drug Problem.” There are no records in the website of the alleged statement.

Here are the original and manipulated photos. 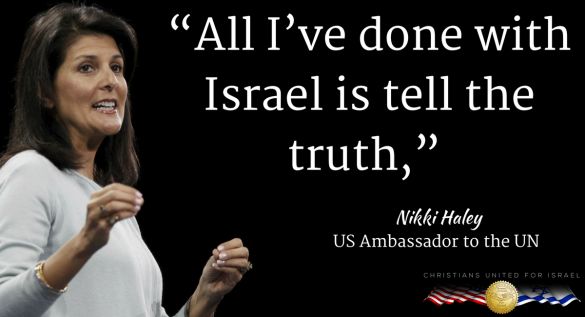 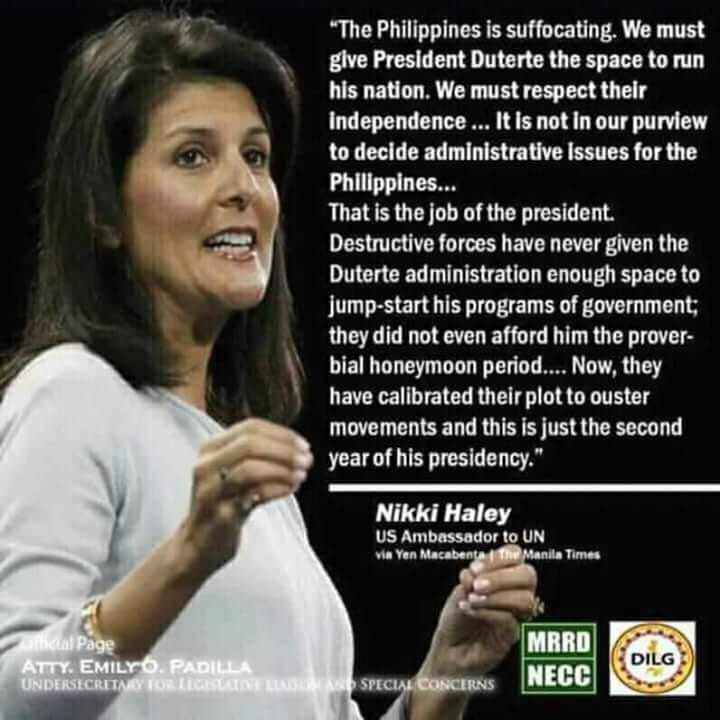 Editor’s Note:
*The original title of this story referred to Nikki Haley as “UN Ambassador.” This has been corrected.
**We also mistakenly said that Emily Padilla is agriculture undersecretary; she is agrarian reform undersecretary.